87 years ago today, Sydney Pollack was born in Indiana.  Though Pollack got his start as an actor, he soon moved into directing and was one of the key television directors of the 1960s.  He eventually branched out into film, making a name for himself as a director of intelligent and sensitive comedies and dramas.  Though he only directed 21 films over the course of his career, his films received a total of 48 Oscar nominations and 11 wins.  1982’s Tootsie and 1985’s Out of Africa were both nominated for Best Picture.  Out of Africa won.

Pollack also returned to acting in the 90s, making a name for himself as a skilled character actor.  I’ll always remember him from Eyes Wide Shut, interrogating Tom Cruise while playing pool.

When he passed away in 2008, Pollack was remembered as one of the best directors of Hollywood’s second golden age.

In honor of Sydney Pollack, here are…. 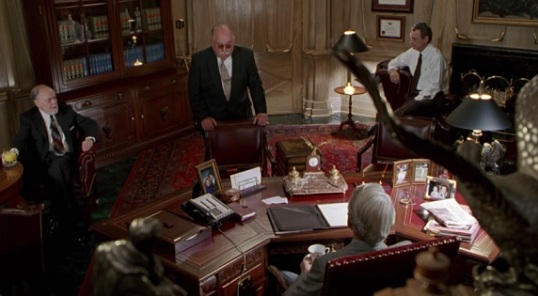 One response to “4 Shots From 4 Films: Special Sydney Pollack Edition”