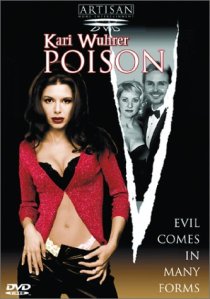 After her husband commits suicide, Ann Stewart (Kari Wuhrer) seeks revenge on the CEO who fired him and Nicole Garrett (Barbara Crampton), the woman who get the promotion that he was counting on.  Ann has good reason for being upset, seeing as how she slept with the CEO specifically so he wouldn’t fire her husband.  When she finds out that the her husband was never even being seriously considered for the promotion and all of that extramarital sex was for nothing, Ann snaps.  Somehow, Ann not only knows how to blow up the CEO and his family but also how to get away with.  However, her plot against Nicole is more complicated.  After murdering Nicole’s housekeeper, Ann takes her place.  Soon, Ann is trying to seduce both Nicole’s husband (Jeff Trachta) and her son (Seth Jones) while encouraging Nicole’s teenage daughter (Melissa Stone) to be even more slutty than before.  Ann discovers that Nicole can be a demanding boss and that she and her husband are on the verge of splitting up.  Ann also learns that Nicole is diabetic and has to be careful what she eats.  That’s good information to have, now that Ann is the one preparing all of her meals!  Ann sets her plan in motion.  To quote the song of old, that girl is poison.

Poison is typical of the films that used to show up on Cinemax late at night.  It’s also a Jim Wynorski film and you always know what you’re getting into with Wynorski.  Poison has all of the gratuitous shower scenes and naked midnight swims that you would expect from a film like this.  It also has the same basic plot as Scorned, with Kari Wuhrer taking on the Shannon Tweed role of the vengeance-obsessed widow.  It’s hard to say who did the role better.  Tweed was more calculated in the way she destroyed the family while Wuhrer is more obviously unhinged and impulsive in her actions.  Perhaps because Jim Wynorski directed Poison while Andrew Stevens was responsible for Scorned, Poison is a little more self-aware that Scorned and has more of a sense of humor about itself than Scorned did.  Ann is eventually as angry about Nicole being a demanding employer as she was about her husband committing suicide.  Fans of these movies will want to see Poison for the chance to watch Barbara Crampton and Kari Wuhrer face off against each other.  Both of them bring their best.

It’s Wynorski.  You know what you’re getting. 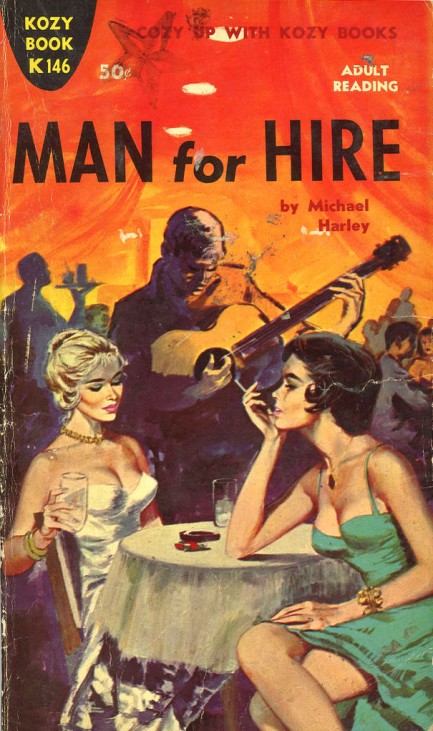 And he has his own guitar!