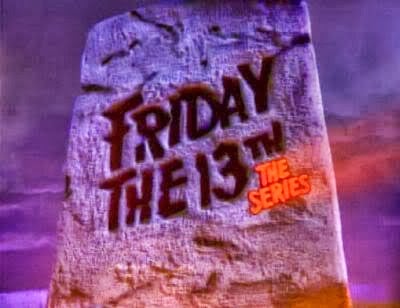 Tonight’s episode of Friday the 13th: The Series is a Halloween episode!

For some reason, Ryan and Micki decide that it would be a good idea to throw a Halloween party in a cursed antique store.  Unfortunately, their evil Uncle Lewis is determined to return from Hell and what better time to do that than on the greatest holiday of them all!?

This episode is distinguished by the presence of the great character actor R.G. Armstrong, going totally over-the-top as Lewis and having a lot of fun while doing it!  Something to keep an eye on during the Halloween party are the costumes.  You’ll see a lot of sheets and leotards.  You won’t see many familiar characters, largely because it would have cost money to feature any of them.  That’s not a complaint, though.  Personally, I like it when people make their own Halloween costumes, as opposed to just copying whatever’s popular.