On May 16th, 2003, I entered an email address and password into a little known site called Audioscrobbler and clicked join. Having always derived an enormous kick from statistics, the novelty of being able to track everything I listen to seemed like the best idea on the entire internet. Ten years and approximately 180,000 songs later, that opinion hasn’t much changed. Most of you are probably familiar with what is now Last.fm, but I doubt as many have diligently kept up with it over the years. From my car cd player to everything I listen to at home, I’m willing to wager that a good 90% of the music I’ve enjoyed over the past decade has been accurately logged. This creates some pretty interesting possibilities. I’ll never know what I listened to most as a kid. Wishful thinking tells me Pearl Jam, Tool, Nirvana, and the Smashing Pumpkins would have topped that list. (Honesty admits with some embarrassment that Korn ranked just as high.) But I do know what I have listened to the most as an adult. It’s not biased speculation; it’s a fact.

Most of my entries here on Shattered Lens have dealt with either reviews of new albums or ramblings and investigations isolated to the fairly particular subgenres of folk, metal, and video game music that excite me most. While my last.fm charts reflect this, they are substantially more diverse. What I would like to do over the following two months is introduce some of you to a range of stellar bands and songs by allowing the numbers to speak for themselves. I intend to count down the top 50 bands I have listened to in the past decade and feature my most played track from each. I’ll start with the highest five bands that didn’t quite make the cut: 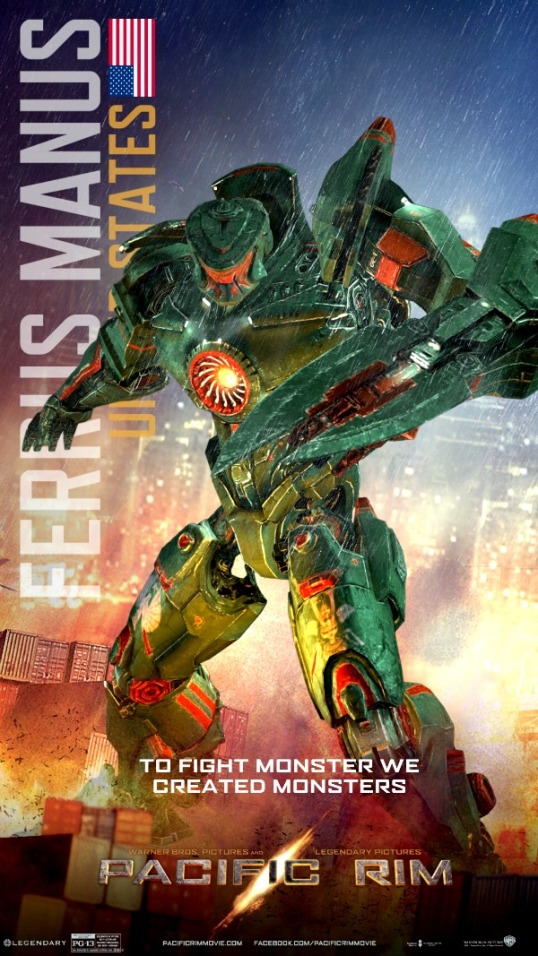 While it might look like so many trailers and teasers about this film will spoil the film for those still to see it I must say that it doesn’t. This latest and last trailer from Warner Bros. still uses scenes from previous teasers and trailers, but just extends each sequences a second or two longer. We get some new images of the jaegers and kaiju fighting, but just extended versions of what we’ve already seen. In the end, this latest trailer still doesn’t give a chronology of how these scenes fit in the film.

I know people probably have their pitchforks and hater-hats on to tear Pacific Rim apart for being too CG, all-action and no brains despite not having seen it. Or worst yet…Looks like Transformers.

I say to these people they should just stay home and go watch their indie, arthouse film that only ten other people have seen and let those of us who enjoy spectacle of this magnitude to enjoy (or not) what Del Toro seem to have cooked up in his mad scientist brain of his.

I don’t go into this film thinking it’ll be a new standard in high art in cinema. I just want to see a giant rocket punch smash into some interdimensional giant monster face.

Pacific Rim will punch fans and detractors a like in the face this July 12, 2013.

Behold, Through the Shattered Lens’ own Jaeger contribution to the fight: Ferrus Mannus. 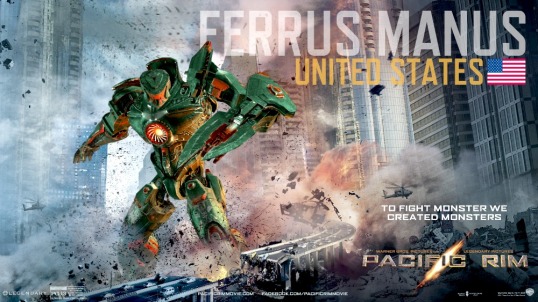 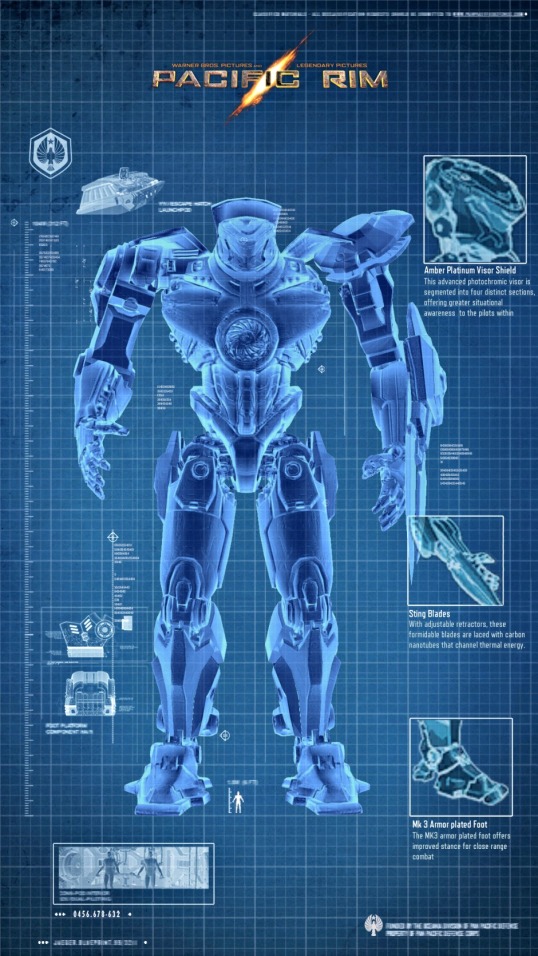