Today, we celebrate the birthday of Henry Fonda!  Fonda was born 115 years ago today and, over the course of his long career, he was often cast in role the epitomized everything great about America.  It’s rare to find a Henry Fonda film in which he played an out-and-out villain, though he did just that in Sergio Leone’s Once Upon A Time In The West.  (Leone, in fact, cast Fonda as the evil Frank because he knew audiences would be shocked to see Fonda coldly gunning down settlers and their families.) 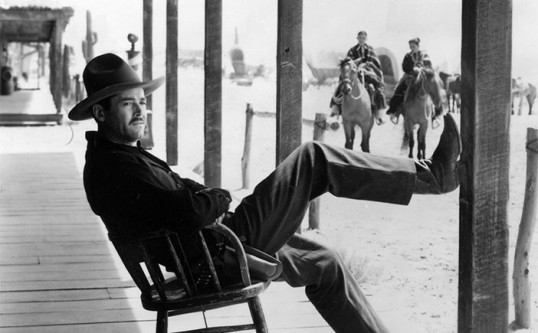 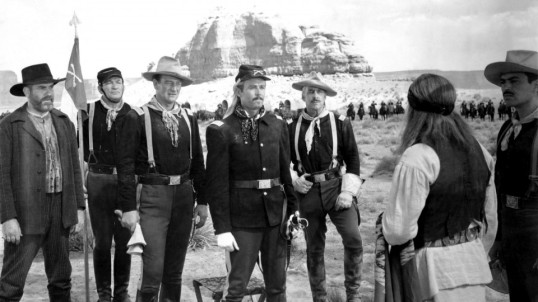 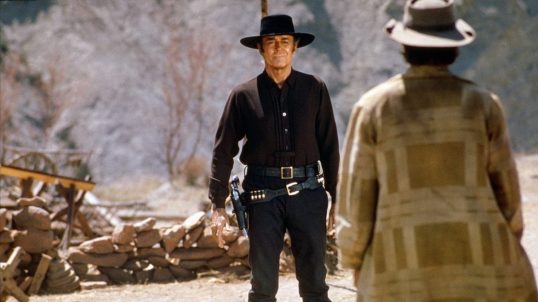 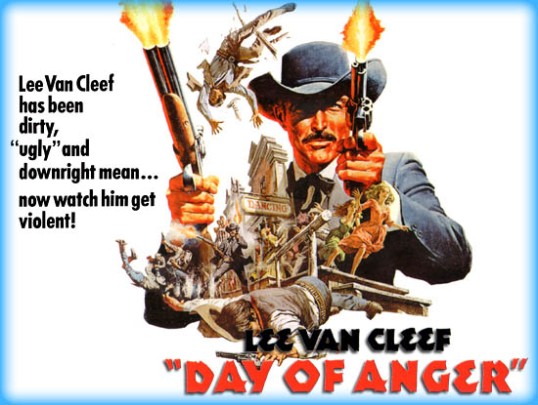 During the dying days of the Old West, Clifton, Arizona is a prosperous frontier town.  The leaders of the town are wealthy and well-connected and the saloon has a strictly enforced policy when it comes to only allowing in the right people.  Frank Talby (Lee Van Cleef), the mysterious man who rides into town one day, is considered to be one of the right people.  Scott (Giuliano Gemma) is not.  Because he was born out of wedlock, Scott is looked down upon by the townspeople.  He makes a pitiful living sweeping the streets and doing odd jobs, all while trying to save up enough money to buy himself a gun.

Talby, who has his own reasons for hating the people of Clifton, takes Scott with him into the saloon.  After Scott sees Talby gun down a local roughneck, Scott begs Talby to teach him how to be a gunslinger like him.  Talby reluctantly takes Scott under his wing and teaches him how to be a real outlaw.  Scott also learns that the town of Clifton was founded by money that stolen during a robbery that Talby originally planned.  Talby now wants his money and his revenge.  Working with Scott as his enforcer, Talby takes over the town of Clifton.

At first, Scott has everything that he ever wanted.  The people who once mocked him now respect him as the second-fasted shot in town.  But when Scott’s former boss, Murph (Walter Rilla), reveals that Talby is not as benevolent a mentor as Scott thought he was, the student and teacher turn on each other.

Day of Anger is one of many Spaghetti westerns that featured an older gunslinger taking a younger one under his tutelage.  Lee Van Cleef is so confident and sure himself that it’s easy to see why Scott would idolize him.  Talby is an interesting character because, as ruthless and cold-blooded as he is, he does seem to sincerely like and care about Scott.  They’re both outsiders and they’ve both been screwed over by the town of Clifton and the movie hints that the aging Talby sees the man who he once was when he looks at Scott.  When Talby offers up one final lesson to Scott and tells him that once a man starts killing, he can never stop, Van Cleef says it with downbeat resignation, as if he realizes that Scott is now the one who will have to live his entire life alone, trusting no one, and always listening for the sound of a gun being cocked in the shadows.  Scott finally gets his gun but now he has to decide whether it was worth losing his humanity and Gemma does a good job playing his character’s arc.  Add to that an excellent score from Riz Ortolani and you’ve got a truly superior Spaghetti western.

One final note: Director Tonio Valerii would later be credited for directing another film about an aging gunfighter and his protegee, though there are rumors that the film itself was actually directed by its producer, Sergio Leone.  Starring Terrence Hill and Henry Fond, the entertaining My Name is Nobody re-imagines Day of Anger as a comedy. 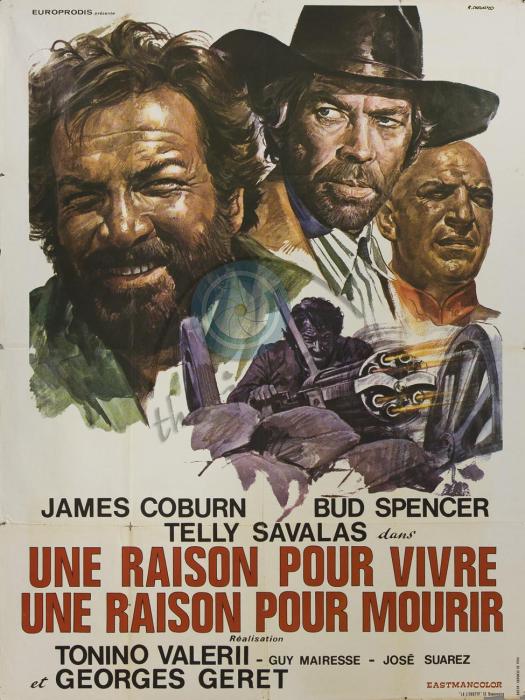 James Coburn, at the height of his career, moved from American movies to international productions with his trademark elegance and ease. He worked for the Maestro of Spaghetti Westerns Sergio Leone in 1972’s DUCK, YOU SUCKER , then appeared for Leone’s former Assistant Director Tonino Valerii in A REASON TO LIVE, A REASON TO DIE, a revenge tale disguised as a caper film that costars Telly Savalas and Spaghetti icon Bud Spencer. The version I viewed was the truncated American cut, missing about a half hour of footage and released stateside in 1974. If the complete version is as good as this one, I need to hunt it down and see it! 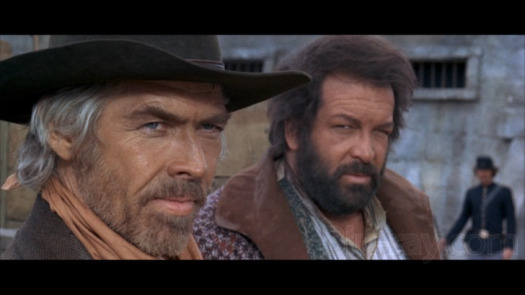 The Civil War-set drama finds Coburn as Col. Pembroke, recently escaped from a Confederate prison after surrendering Fort Holman without a fight to Rebel Major Ward (Savalas) and his forces. Fort Holman is a crucial piece of real… 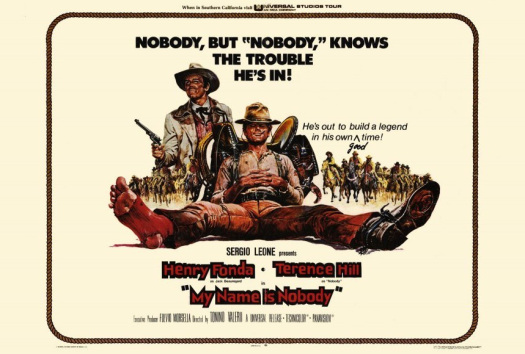 Sergio Leone  wasn’t quite done with the Western genre after DUCK, YOU SUCKER. MY NAME IS NOBODY is based on “an idea by Sergio Leone”, and though Leone’s former Assistant Director Tonino Valerii is given full credit,  the Maestro reportedly directed a couple of scenes as well as some second-unit action in the film. Whatever the case, the film puts a comic spin on Spaghetti Westerns in general and Leone’s movies in particular, with the comedic talents of star Terence Hill standing in sharp contrast to the old school Hollywood hero Henry Fonda . 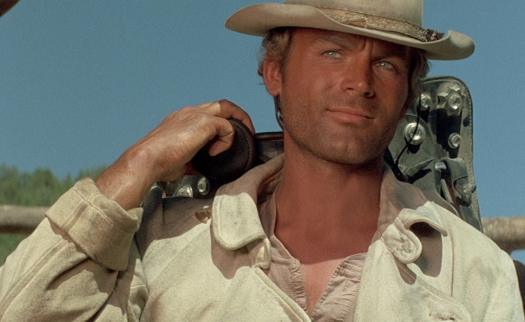 Hill was the brightest star on the Italian horizon, having starred in Giuseppe Colizzi’s GOD FORGIVES… I DON’T, ACE HIGH, and BOOT HILL alongside burly Bud Spencer, adding elements of humor as they went along . But with 1970’S THEY CALL ME TRINITY, the duo went full-bore into comedy territory, giving the Spaghetti genre a…