It’s the start of a new month and you know what that means!

Which four films are you most looking forward to seeing in November?  Let us know by voting below.  You can vote up to four times and, as always, write-ins are accepted! 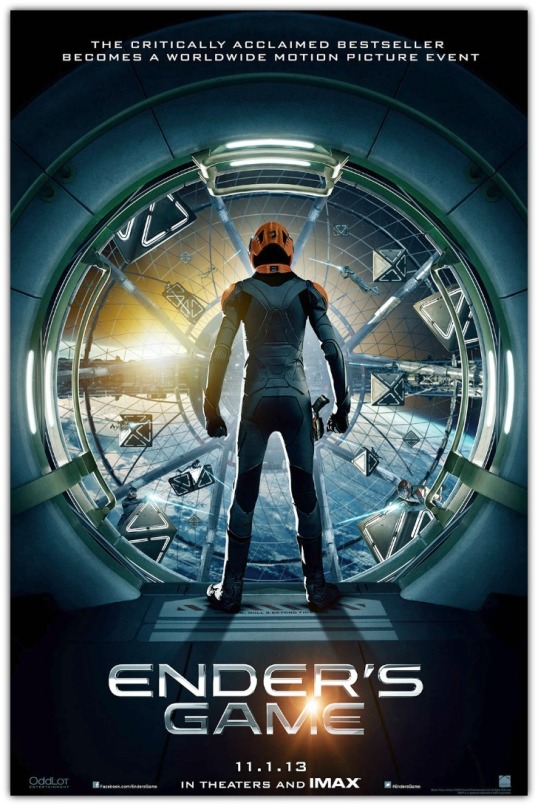 It’s finally going to happen. A film adaptation of Orson Scott Card’s sci-fi novel Ender’s Game is going to be on the bigscreen. This was a property that was often talked about becoming a film, but years upon years of talk never amounted to much other than fan casting and never getting past the concept stage.

I knew that the film adaptation had gotten the greenlight over a year ago, but I just assumed that something will derail it once again and leave Ender’s Game as another case of film vaporware. The fact that there’s now a trailer released by Summit Entertainment means that the film will come out. Now whether the film adaptation satisfies the book’s legion of fans and still entertain those who never read a word of Card’s novels still to be determined.