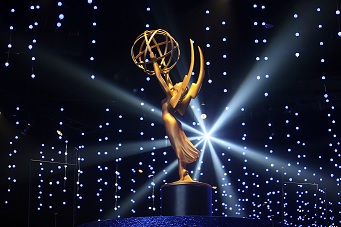 The Emmy nominations were announced this morning.  As usual, I agree with a few of the nominations and disagreed with the majority of them.  I was happy to see Abbott Elementary nominated for Best Comedy.  I was happy that Barry got a lot of love.  You can see all the nominees over at Emmys.com.

For the most part, I think my personal nominations were better.

For Best Comedy Series, I was happy to see Abbott Elementary, Barry, Only Murders In The Building, The Marvelous Mrs. Maisel, and What We Do In The Shadows nominated.  I was not happy to see that Cobra Kai, Ghosts, and The Flight Attendant were pretty much shut out of the major categories, with the exception of Kaley Cuoco’s nomination for Best Actress.  Though I’m not a huge fan of Ted Lasso, I realize that others are and I don’t think it’s bad show as much as it’s just not for me.  Hacks, I am going to guess, was nominated because it was about show business.  Curb Your Enthusiasm was nominated out-of-habit, as this latest season was pretty much unwatchable.  I’m disappointed Atlanta wasn’t nominated but, to be honest, I kind of suspected that this season would be too surreal for the voters.  Donald Glover was nominated for Best Actor but how did Atlanta not land even a single writing nomination?

For Drama Series, I actually agree with 6 of the 8 nominees, Better Call Saul, Euphoria, Severance, Squid Game, and Yellowjackets.  I will be rooting for Yellowjackets, though we all know that Succession is going to win again.  Succession pretty much dominated the acting nominations as well.  I’ll be cheering for Severance’s Adam Scott and Christopher Walken and Yellowjackets’s Melanie Lynesky and Christina Ricci.  That said, I’m fully expecting Succession to sweep.  Maybe Bob Odenkirk will finally get some Emmy love and spare us from a self-congratulatory Brian Cox acceptance speech.  That would be nice.

Best Limited Series, I don’t even want to talk about.  I agree with one nominee, The Dropout.  My other favorite miniseries — shows like Maid, Pistol, Candy, The Offer, Angelyne, 1883, Dr. Death — were shut out for stuff like Inventing Anna and Pam & Tommy.  I imagine that Dopesick will sweep this category, despite not being that interesting of a show.  Narratively, Dopesick was a mess but it had four good performances (Michael Keaton, Kaitlyn Dever, Peter Sarsgaard, and Will Poulter) and a villain that was easy to dislike.

As far as Best TV Movie goes, I imagine that The Survivor will win and I’m happy with that.  I would have liked to have seen a nomination or two for I Want You Back and The House but The Survivor is an important film and, at a time when anti-Semitism and Holocaust denial is being normalized, it’s a film that deserves more attention.  With a growing number of celebrities and influencers recently displaying their ignorance of what happened in Nazi Germany and often being openly anti-Semitic without any apparent consequences, it’s easy to see why it’s important to honor films like The Survivor.

The Amazing Race was nominated for Best Competition Show.  I was happy about that.

When I started off this post, I was upset about the Emmys snubbing some of my favorite shows but, as I’ve sat here typing, I’ve calmed down.  It’s just the Emmys and don’t know anyone who really takes them seriously.  The winners will be announced on September 12th.

One response to “2022 Emmy Nomination Thoughts”