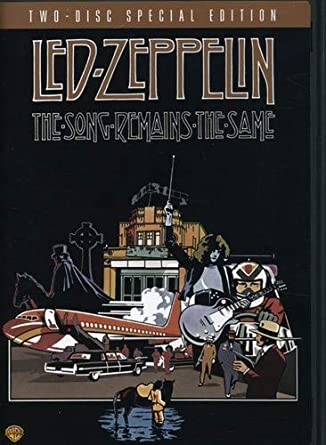 The Song Remains The Same is a concert film that features one of the world’s greatest bands giving one of their worst performances.

Shot over three nights in Madison Square Garden in 1973 (with additional footage later being filmed on a sound stage designed to look like Madison Square Garden), the film features Led Zeppelin sounding tired and bored.  Robert Plant asks, “Does anyone remember laughter?” during Stairway to Heaven while the legendary Jimmy Page has a look on his face like he already knows that, at some point in the future, he’s going to end up playing back-up to Sean Combs on Saturday Night Live.  Even John Bonham’s drum solo seems self-indulgent and uninspired.  Meanwhile, John Paul Jones’s clothing changes from shot-to-shot, a reminder that Jones was the only member of the band not to wear the same thing during all three nights of shooting.  The film looks bland and the soundtrack doesn’t capture the Zeppelin sound.  Instead, it sounds muddy, to the extent that those not already familiar with Led Zeppelin will wonder what the big deal is.

The good news is that you can dislike The Song The Remains The Same and still be a Led Zeppelin fan.  The band reportedly hated the film, feeling that it captured them at their worst.  Robert Plant, who unsuccessfully tried to get the infamous “Does anyone remember laughter?” line removed from the film, called the film “bollocks” while John Paul Jones called it a “massive compromise.”  In 1976, when the film was first released, Jimmy Page told New Musical Express, “The Song Remains The Same is not a great film, but there’s no point in making excuses. It’s just a reasonably honest statement of where we were at that particular time.”

The film also features fantasy sequences, in which the members of the band and their managers get a chance to show what’s going on in their minds and how they viewed themselves in 1973.  The band’s managers appears as gangsters and start the film off by gunning everyone down.  Robert Plant is a knight, in a sequence that inadvertently brings to mind the travels of Brave Sir Robin in Monty Python and the Holy Grail.  Jimmy Page is a hermit who reads tarot cards.  John Paul Jones is chased on horseback.  The only member of the band whose image is helped by his fantasy sequence is John Bonham, who comes across as a likable, down-to-Earth bloke who likes retiring to his farm and driving fast cars.  Knowing that Bonham would die just seven years later makes his fantasy sequence especially poignant to watch.  His son, Jason Bonham, appears, drumming on a child-sized drum kit.  Years later, of course, Bonham would play drums during several Led Zeppelin reunions.

Since today is Dario Argento’s 80th birthday, I’m going to share a scene that I love that he directed.

I love the opening of Argento’s 1971 giallo, Four Flies On Grey Velvet.  This was Argento’s third film as a director and it tells the story of an American drummer who gets caught up in a gruesome murder.  In the opening credits, we watch as Michael Brandon drums away and finds time to take care of a distracting fly.  In just a matter of minutes, Argento tells us everything we need to know about our hero and the role that he’ll be playing in this film.  Like the best drummers, he holds everything together and that’s a good skill to have because, in typical Argento fashion, his entire life is about to fall apart.

From Four Flies on Grey Velvet:

The maestro of Italian horror is 80 years old today!  Needless to say, we’re going to celebrate with 4 Shots From 4 Films.  It was a real struggle narrowing it down to only 4 shots.  Argento is one of the most visually impressive directors of all time.

You’ll notice that, with one exception, the four shots below are from the first half of Argento’s career.  Don’t read anything into that.  I’m a fan of Argento’s work, period.  There’s a tendency among some cultural critics to be dismissive of Argento’s post-Tenebrae films and I think that’s a bit unfair.  In fact, it’s so unfair that I think I’ll devote at least a bit of our upcoming October horrorthon to defending the later works of Dario Argento. 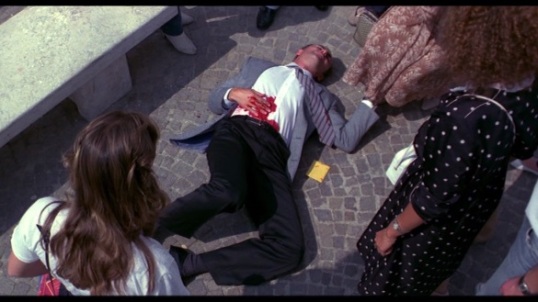 I’m not sure what this holiday celebrates.  I guess it celebrates hard work but I rarely see humans working that hard.  There’s so many hours during the day when humans should be paying attention to their cats but instead, they’re just hanging out in some office, store, or warehouse.  Meanwhile, cats work 24 hours a day, patrolling our territory, searching for little rodents to leave on porches, bathing, controlling the bird population, and most importantly, taking naps.  This weekend, while humans were either grilling or watching TV, a million cats were doing their job.  You’re welcome.

So, to all of our human readers: enjoy your undeserved holiday while we cats continue to work hard to make sure that we’re all still here to celebrate in 2021.

(Note: Doc Bowman’s views do not necessarily reflect the views of Through the Shattered Lens, Unobtainium-13, or the Sandoc Corporation.) 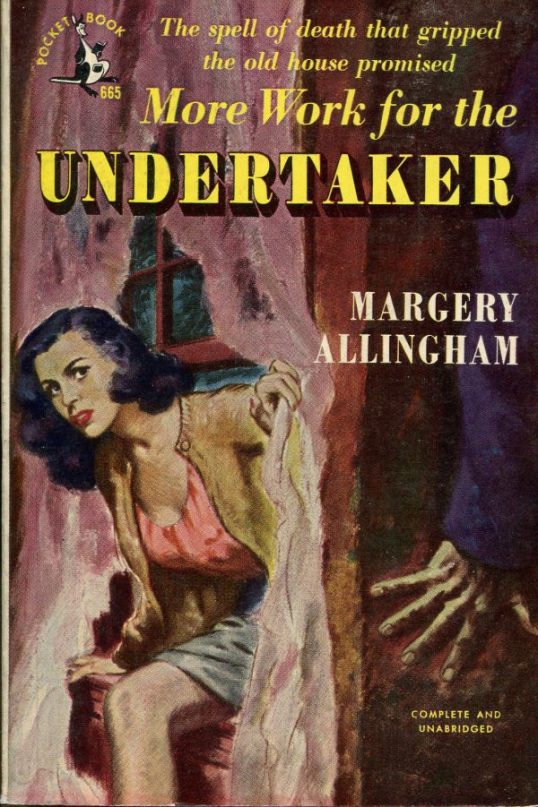 
For this Labor Day, I wanted to share a music video about working so I decided to see if Jimmy Buffett had ever done an official video for It’s My Job.

It turns out that he didn’t.

However, he did perform the song on a 1981 episode of Fridays.

Fridays was a rip-off of Saturday Night Live that, today, is best remembered for featuring several people who were later involved with Seinfeld.  Michael Richards and Larry David were both cast members of Fridays.  (Michael Richards even got into a staged brawl with Andy Kaufman during one episode.  It was recreated for Man on the Moon, with Norm McDonald playing the role of Richards.)  Fridays was not well-received by critics but it aired during one of Saturday Night Live‘s creative dry spells so, for a while, it appeared that Fridays might actually replace SNL as America’s premiere sketch comedy program.  It didn’t happen, of course.  Fridays was cancelled after just three seasons.  Mad TV, on the other hand, never threatened to overtake SNL and it still managed to last for 14 seasons.

Because Fridays imitated every aspect of SNL, they had a weekly musical guest.  When Jimmy Buffett appeared on the show, he performed It’s My Job.