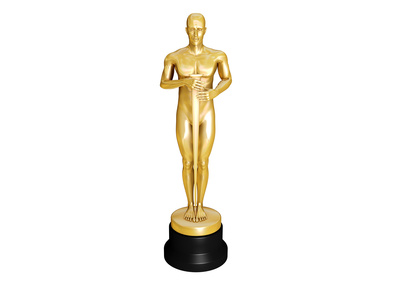 Today, we take it for granted that the Oscars will always be on television in February or March of every year.  We know that they will be broadcast on ABC on Sunday night.  We also know that there’s a good chance that, every year, some clueless TV exec will try to do something to ruin our annual tradition.  Whether it’s the idea of introducing an award for Best Popular Film or maybe suggesting that some awards should be given off camera, we know better than to trust ABC.

However, for the first 25 years of the Academy’s existence, the Oscars were not televised.  In fact, for a while, they weren’t even broadcast on the radio because it was assumed that no one outside of Hollywood cared about them.  It really wasn’t until the mid-30s that the Oscars became an annual ritual for so many Americans.  At first, people listened to the ceremony on the radio and then eventually, the ceremony came to television.

The first Oscar telecast was on March 19th, 1953.  The ceremony was split between two locations, Hollywood and New York.  Bob Hope hosted in Hollywood while Conrad Nagel and Fredric March hosted in New York.  The ceremony didn’t start until 10:30 pm and it ran for two hours and 20 minutes.  Why the late start?  Several of the nominees were also appearing in Broadway shows and they had to finish their nightly performances before they could attend the ceremony.

As for why this ceremony was telecast — well, as always, it all comes down to money.  The Academy needed the money that came from selling the broadcast rights to NBC.  (NBC, to their credit, did not demand an award for Best Popular Film.)  The show was such a ratings success that it led to the annual tradition that we all know and love today.

What won at the first televised ceremony?  The Greatest Show On Earth won Best Picture while John Ford took home Best Director (for The Quiet Man) and Gary Cooper was named Best Actor for High Noon.  Shirley Booth was named Best Actress for Come Back, Little Sheba.  The supporting awards went to Anthony Quinn for Viva Zapata! and Gloria Grahame for The Bad and the Beautiful.

Here is the opening of the very first televised Oscar ceremony.  As you can tell, it was quite a bit different from what we’re used to today!

One response to “Scenes That I Love: The Opening Of The Very First Televised Oscar Ceremony”