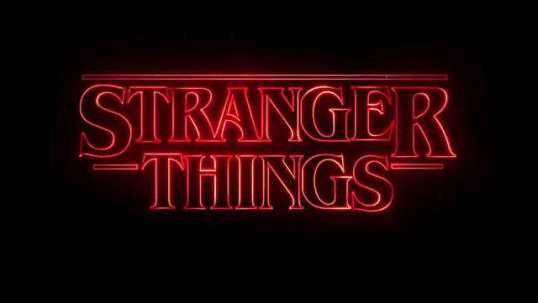 This series is special to me. It’s the first I ever reviewed for this site.  It was awesome- Read Here

I have watched every episode of this series.  The first season was epic and even engendered a ride at Universal Studios.  Season 2 was a show that was aired on Netflix with Sean Astin.  This season has a new big bad who looks a lot like last years big bad. So….I hope it’s better than last year’s terribleness.  This episode opened with a bit of meh, but better than Season Two’s sophomore slump.  I’m guessing that it will be kinda of fun to watch.  In any case, I write for an entertainment blog, so this is happening!

Cold Open: The Russians are trying to open the gate and they are EVIL!  One guy goes full on Ivan Drago (Rocky IV) and lifts a guy by the neck and chokes hims to death! Their experiment apparently releases the smoke monster again and he’s pissed at Hawkins!

Our older heroes are really not doing well.  Nancy is a gopher at a sexist newspaper.  Jake Busey is one of the reporters.  I’m not sure if Jake knew this was a role or if he thought, “I’ve always wanted to work at a newspaper in a dying town!” and just ran with it.  Creeper has found his niche working as a creepy photographer for a creepy newspaper.  We’re better off without elitist journalists anyway.  All Hail The Bloggers!!!!

Steve is working at the mall at a terrible ice cream shop and striking out with every girl in Indiana.  I suppose this is possible.  He wears a dorky outfit, but he’s still Steve.  I kinda doubted this whole constant rejection he’s getting.  I think it’s the writers were  thinking that the moment good looking people leave high school, they are nobody.  This doesn’t make sense because IRL beautiful people make tons of money as actors and generally do pretty well getting dates.  It takes me out of it a little.

The gang is all about their hormones.  Mike and El are constantly making out and disrespecting Hop, which I really can’t stand.  Hop is troubled by and turns to his unrequited love Joyce who tells him to get to get all kumbaya and I just can’t watch.  This comes to a head at the end of the episode where Hop loses it and I’m hoping he smacks Mike around- in a nice way.

Dustin returned from science camp and he built a Radio Tower to speak with his girlfriend in Utah.  Everyone keeps acting totally shocked that Dustin could have a girlfriend.  This came across as mean and dickish to me.  I mean Dustin isn’t Brad Pitt, but he’s smart and nice.  Anywho, they erect the radio tower and Dustin can’t reach her, giving his girlfriend claim a “My girlfriend is in Canada” feel to it. To my Canadian readers, we down south have been claiming that you were our girlfriends for generations.  I know this sounds weird, but here we are.   He does pick up a signal from the Russians and they are trying to open their own gate to evil town.

Ok, Cara Buono is at the pool as is Mullet-guy.  Mullet-guy is now the lifeguard and they going to have an affair.  This all seems to be ready to go, but the smoke monster is taking up space in the abandoned Steel Mill and eats him or something.  Why a Steel Mill?  Well, the Smoke Monster is really into depressed real estate and factories can be converted into lofts for the hipster set.  It’s really forward thinking on Smokey’s part.

I would say this episode is a bit clunky, but good.  Is it the thrill ride of the first season? NO NO NO, but honestly what is?!  Stranger Things season 1 was a television event up there with The Stand, Shogun, or It.  In fact, it was never meant to be a recurring series until the last minute, but hey it’s better than watching re-runs of Parks and Rec. 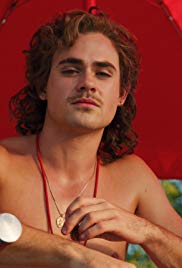