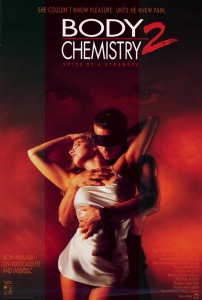 Dr. Claire Archer is back!

Having gotten away with murder at the end of the first Body Chemistry, Claire (played again by Lisa Pescia) is now working as a radio psychologist, taking the 9 pm to 1 am slot at a station managed by a sleazy chain smoker named Big Chuck (played by real-life sleazy chain smoker Morton Downey, Jr.).  Claire invites her listeners to call with their deepest desires.  “Without pain, you’re not truly alive.”

One night, “John” calls.  When Claire looks at the list of callers and sees, “John likes rough sex,” she immediately put him on the air.  John is actually Dan (Gregory Harrison).  Dan is dating Claire’s call screener, Brenda (Robin Riker), who cannot recognize her own boyfriend’s voice over the telephone.  Dan is a former high school football star who left town and became a cop in Los Angeles.  When his violent impulses became impossible to control, Dan was kicked off the force and he returned home.  Dan wants to suppress his dark side but Claire has other ideas.

Though there would be two more Body Chemistry sequels, this would be the last time that Lisa Pescia would play Dr. Archer.  Keep an eye out for Clint Howard, Jeremy Piven, and director John Landis, all of whom show up in small roles.

For tomorrow’s movie a day, Shari Shattuck takes over the role of Claire Archer in Body Chemistry III: Point of Seduction. 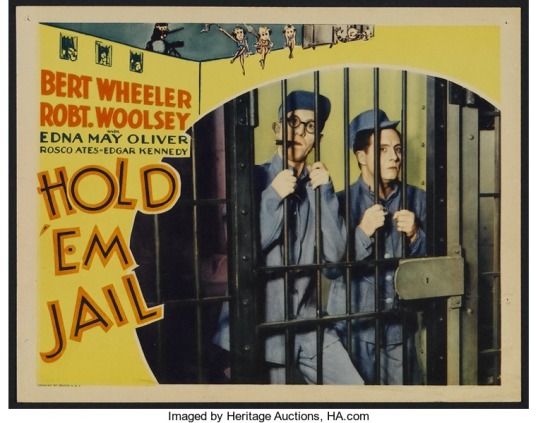 The comedy team of Wheeler & Woolsey is pretty esoteric to all but the most hardcore classic film fans. Baby-faced innocent Bert Wheeler and cigar-chomping wisecracker Robert Woolsey made 21 films together beginning with 1929’s RIO RITA (in which they’d starred on Broadway), up until Woolsey’s untimely death in 1937. I had heard about them, read about them, but never had the chance to catch one of their films until recently. HOLD ‘EM JAIL makes for a good introduction to W&W’s particular brand of lunacy, as the boys skewer both the prison and college football genres, aided by a top-notch comic supporting cast that includes a 16-year-old Betty Grable. 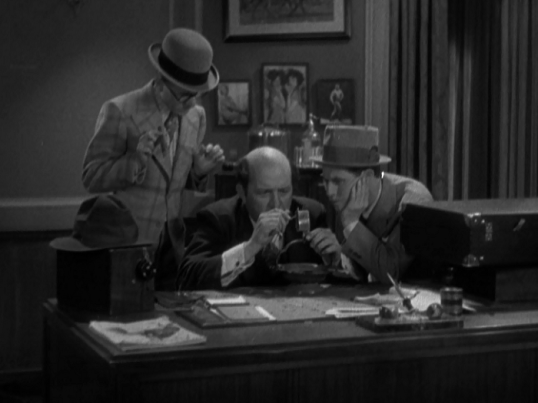 Football crazy Warden Elmer Jones (slow-burn master Edgar Kennedy ) is the laughing-stock of the Prison Football League. His team hasn’t had a winning season in years, and he sends a message to the president of “the alumni association” to send some new recruits “for the old…

Every month this year, I am updating my predictions for which films and performers will be nominated for Oscars in 2018.  At this point in the year, this is largely an academic exercise.  The nominees below are a mix of wild guesses, instinctual feeling, and wishful thinking.  Usually, a clear picture of the Oscar race doesn’t start to form until October at the earliest.  (Last year, at this time, nobody had even heard of Moonlight or Hell or High Water.)  In other words, take these predictions with a grain of salt.

This update is heavily influenced by what happened at the Sundance Film Festival last month.  In fact, it’s probably a bit too influenced by Sundance.  If these predictions turned out to be 100% correct, the 2018 Oscars would be the Sundance Oscars.  That said, it seems that there’s always a few successful Oscar campaigns that start during Sundance.  (And then there’s always a few Sundance sensations that totally fizzle during awards season.  Birth of a Nation, anyone?  Or perhaps The End of the Tour.)  But, as of right now, Sundance is pretty much the only thing that we have to go on, as far as future Oscar contenders are concerned.

Again, take all of this with a grain of salt.  Just because I may brag about knowing what I’m talking about, that doesn’t necessarily mean that I do.

And without further ado… 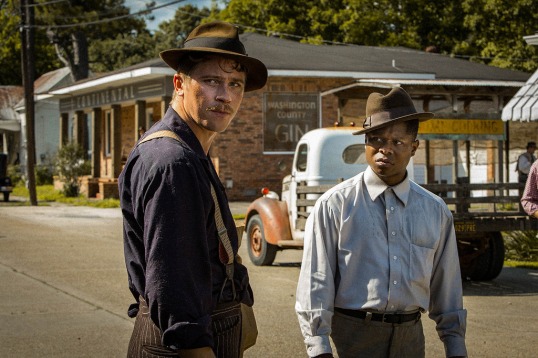 Battle of the Sexes

Call Me By Your Name

The big additions here are Mudbound, The Big Sick, and Call Me By Your Name, all three of which got a lot of attention and acclaim at Sundance.  Both Mudbound and Call Me By Your Name are already being mentioned, by some Oscar bloggers, as possible winners for best picture.  The Big Sick may seem like more of a dark horse but, from what I’ve read, it sounds like the sort of movie that could emerge as a surprise contender.  With its Muslim protagonist and its mix of comedy and drama, it sounds like it could catch the cultural zeitgeist.

Luca Guadagnino for Call Me By Your Name

Guadagnino and Rees are new contenders.  Rees would be the first black woman ever nominated for best director.

Timothée Chalamet in Call Me By Your Name

Tom Cruise in American Made

Kumail Nanjiani in The Big Sick

I’m a little bit iffy on Chadwick Boseman.  In Marshall, he will be playing Thurgood Marshall, which sounds like a good, Oscar baity role.  But Marshall itself sounds like a rather standard biopic.  Timothee Chalamet and, especially, Kumail Nanjiani received a lot of Sundance acclaim.  The fact that Nanjiani has been outspoken in his opposition to Trump’s travel ban will probably help his chances.

Sundance was also responsible for Logan Lerman falling off this list.  Sidney Hall got terrible reviews.

Judi Dench in Victoria and Abdul

Emma Stone in Battle of the Sexes

Among the new additions, Danielle MacDonald was one of the break-out stars at Sundance.  Carey Mulligan is due to get another nomination (and Mudbound is expected to be a major Oscar contender).  As for Lois Smith, she’s a respected veteran actress who gets to play a rare lead role in Marjorie Prime.  So, why not a nomination?

James Franco in The Masterpiece

Armie Hammer in Call Me By Your Name

Bill Skarsgard in It

Michael Stuhlbarg in Call Me By Your Name

I’m continuing to predict a nomination for James Franco and yes, it probably is just wishful thinking on my part.  But dammit, I just like the idea of Franco getting a nomination for playing Tommy Wiseau.

Skarsgard is probably wishful thinking as well.  If It works, it will be because of Skarsgard’s performance as Pennywise.

Finally, Hammer, Mitchell, and Stuhlbarg are our Sundance nominees.  Many people think that all three are overdue for some Academy recognition.  (There’s some debate over whether Hammer should go supporting or lead for Call Me By Your Name.  I’m going to assume that he’s going to pull a Viola Davis and go supporting.)

Holly Hunter in The Big Sick

As always, this is the most difficult category to predict.  Blige, Hunter, and Leo are all Sundance nominees.  (Hunter is especially said to be award-worthy in her Big Sick role.)  For the second month in a row, Scott Thomas and Swinton are listed more because of who they are than any other reason. 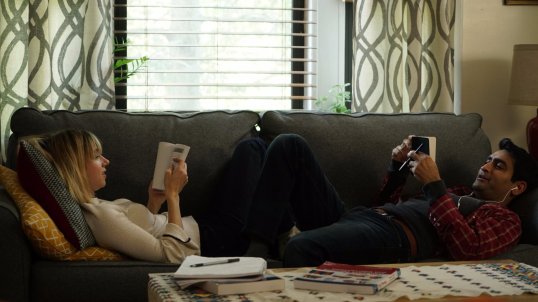 
When you read about the color barrier at MTV, then you’ll always hear about how Billie Jean by Michael Jackson was the music video to break it. That is usually accepted fact, but some people argue that this music video was actually the one to do it. Others dispute that by saying it didn’t really break the barrier so much as it was a case of MTV thinking that it wouldn’t matter if they were black seeing as they were children. Personally I lean towards that theory since even Billie Jean didn’t really break the barrier. It just set events in motion that would open a crack in the barrier which other black artists would seep through at greater and greater rates till MTV got rid of it altogether.

According to Wikipedia, Musical Youth were the first black artists to appear in a studio segment on MTV. They were hardly the first black artists to be played on MTV though. The “barrier” was more of a general bias that was applied to the day to day decisions about what to play on the station. Certainly legacy artists who they couldn’t ignore and already had a large fan base were snuck in from time to time. However, there is a big difference between that, and getting brought in for an interview on the station. You can read an article here where Designer Magazine interviewed members Dennis Seaton and Michael Grant.

The video was directed by Don Letts, and was shot partially on the southern banks of the River Thames in London, by Lambeth Bridge. It should come as no surprise that Don Letts also directed a bunch of music videos for The Clash, did at least one for Bob Marley & The Wailers, and numerous ones for Musical Youth.

This is pretty cool, and a first for me. Musical Youth themselves chimed in on our Facebook page to give me some additional information. They were told that they were the first to get on a regular playlist on MTV. Based on what I have read in the book I Want My MTV, MTV would throw in a black artist here and there, but getting into regular rotation is another matter altogether.