Between 2009 and 2012, Lifetime must have really decided to get behind this “at 17” series of movies. You’ll notice it’s not just Stalked at 17, but Stalked at 17 TM. This time the opening credits tell us that this movie is “Inspired by True Events.” I guess you can say that when your plot is so vague that it must have happened to somebody somewhere.

The movie begins, and we are introduced to our main character played by Taylor Spreitler. I know her character has a name in the movie, but if the script isn’t going to stop making endless references to the show she was on at the time called Melissa & Joey, then I can call her Lennox.

That’s a baby monitor that Lennox is listening to. That’s also most likely a future Lifetime movie when they realize that some Internet of Things baby monitors can be used to look inside other people’s homes. That is if they haven’t already. After Lennox goes to use the microwave, she is grabbed by the last 20 minutes or so of the movie before the film cuts to the title card, and it’s one year earlier.

Lennox and her friend are touring a college when we meet our bad guy for the movie on the left.

It’s also when I realized that the subtitles on the DVD didn’t work and turned on the captions instead. I love that they cast Charles Hittinger as Psycho Dad so he would look really intimidating. It’s probably because if you’ve watched Melissa & Joey, then you know that Taylor Spreitler and vulnerable go together about as much as Bella Thorne and drama.

Psycho Dad invites them to a party, and they of course decide to go. Now, for no good reason whatsoever, a guy wearing a sombrero with a bullseye on his chest.

We learn some very important information at the frat house. No, not that they decided to make him the one who was adopted by a councilwoman instead of Lennox. It’s that they run a very tight ship after Psycho Dad finds puke on the stairs.

Now we meet Lennox’s dad played by none other than whitelighter himself Brian Krause.

I agree, Leo. However, I think Doug Campbell was right to take the title of this movie and start calling the movies “Stalked by”. He’s just jealous because his wife played by Amy Pietz was in Stalked by My Neighbor (2015). This scene exists to tell us that they are having financial difficulties which will play no material role in the film.

Lennox and friend go to the party. As soon as the dialog tells us that Lennox is 16 at present, her and Psycho Dad immediately go upstairs together. After he tells her a sob story, they kiss and it fades to black before going to an establishing shot of her school.

I hope you like establishing shots of her school because you’ll see them 4-5 times in this movie. Heck, later in the movie you’ll get the exact same shot, but only a minute or so before or after the other shot.

Thanks to Lennox texting Psycho Dad, we learn that they did it on February 21st exactly because it is their two month anniversary.

Oh yeah, and his name is Chad. Just like Mister 45 minutes from Accused at 17. Real original there screenwriter Christine Conradt. It looks like Conradt is really passionate about these “at 17” movies seeing as she’s produced five of them. According to her bio on IMDb, she has an “MCJ from Boston University where she focused on cybercrime and juvenile delinquency.” It’s weird that with a focus in cybercrime, she seems to have had nothing to do with Fugitive at 17 (2012) where the girl in question is a hacker.

Now Lennox forgets that this movie is called Stalked at 17 and not Pregnant at 17, but it’s too late. I love how this scene plays out. Lennox is talking to a male friend when she grabs her stomach, and is obviously sick. She makes a mad dash for the bathroom. He quickly follows, but stops at the door, and asks a girl standing nearby to go in to check on her. 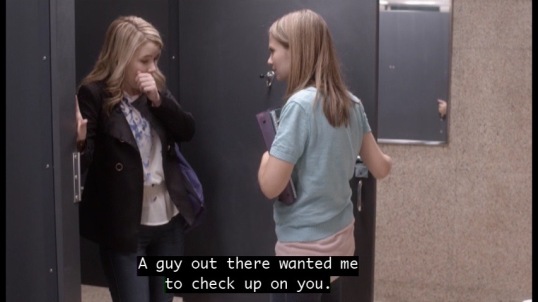 The line actually goes like this: “You really need to find a new friend cause that one out there couldn’t even be bothered to make sure you were okay, and sent me inside instead.”

Meanwhile, the film knows it needs to pad itself out.

Lennox is at home and finds out she is indeed pregnant. While that is going on, Psycho Chad is buying jewelry online. Back in Lennox’s bedroom, the movie gives us lines that might as well amount to this: “I don’t know if he was wearing a condom. You know what they say? If you look at it, then you go blind. I just had to take his word for it.” Of course Psycho Chad is happy about the news because it means he’ll have a family of his own now with a child who will love him unconditionally.

Then the two of them go to a restaurant where Psycho Chad blows up at a waiter. That’s basically the rest of the film. Chad gets nuttier, he gets in a fight with Leo, his biological mom he lied about being dead gets out of prison, and they finally get around to where the film started. At least it was fun to see Leo fighting with Psycho Chad along the way. 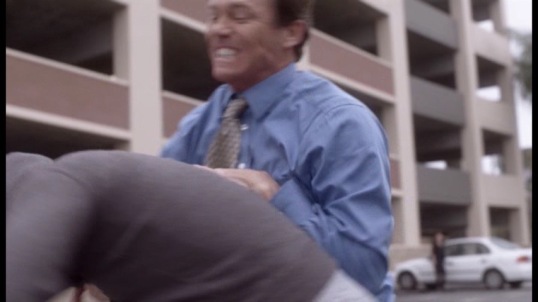 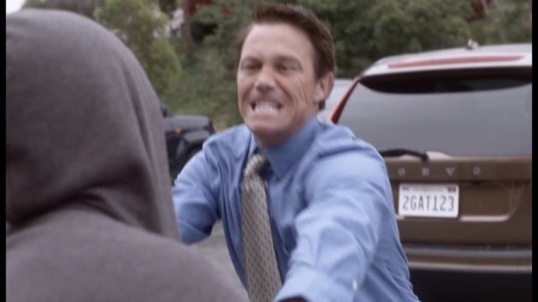 Lennox, baby, Psycho Chad, and Psycho Mom all end up at a convenience store where things go wrong and Psycho Chad is shot. Then it shows Lennox with the kid, and fades to black. I think this movie has earned the Godfrey Ho red screen end card for how abrupt the ending occurs. 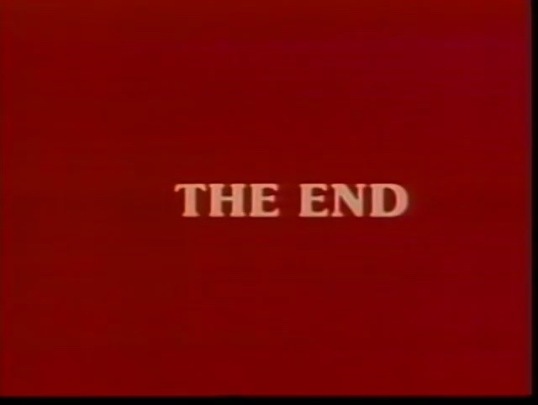 Thus ends the classic tale of girl meets boy, girl gets herself knocked up, boy turns out to want a family, boy turns out to be crazy, everyone does their best to pad out the film, boy is shot, and the credits role. I have to admit that aside from this and Accused at 17, I have never seen credits that start by referring to the cast as “the players.”

At least this one had some kind of a story. That’s way more than I can say for Accused at 17. I have Fugitive at 17 coming soon, then that will be my last “at 17” movie for now.