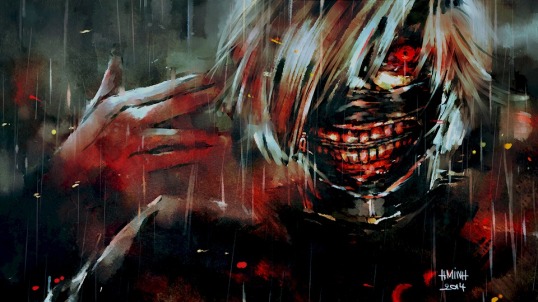 While horror anime is not quite widespread as other genres they do exist and one of the more recent ones is the horror/dark fantasy series which came out this past July.

Tokyo Ghoul is the anime from whence our latest “AMV of the Day” was born from. I’ve only seen highlight clips of the series, but from what I’ve seen it’s definitely right up my alley. It’s not so violent and gory that it goes over into “guro” realm. It looks like it’s series dealing with ghouls hiding within the human population and having their own clans and factions gives the series a nice urban gothic feel to it in addition to the horror.

This particular AMV uses the appropriate song by Starset called “Carnivore” which is one thing the ghouls in this series tend to be as eaters.

Guess what they like for breakfast, lunch and dinner? I heard it tastes like pork. Some very long pork.

In this early episode of The Twilight Zone, poor and meek Henry Bemis (Burgess Meredith) is literally the last man on Earth and that suits him just fine. He finally has time to read everything that he’s always wanted to read. This episode is best remembered for Burgess Meredith’s eccentric lead performance and the somewhat mean-spirited twist ending. 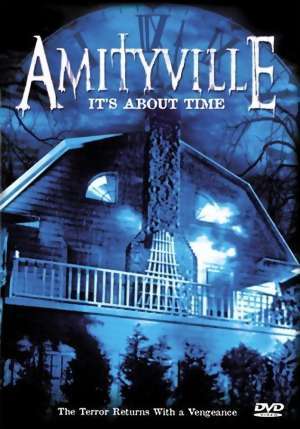 Today’s horror on the lens is a haunted house film from 1992.  In Amityville — It’s About Time, Jacob (Stephen Macht) buys a new clock for his home but what he doesn’t realize is that the clock comes from the infamous Amityville House!  Soon, everyone in the family is acting strange.  Has the clock brought evil spirits with it or–

Well, let’s not even consider the other possibilities.  Of course the clock is full of evil spirits!

As I watched this film on YouTube last month, a lot of it seemed very familiar.  I quickly realized that this was because Amityville — It’s About Time used to show up on HBO all the time when I was a kid.  And while I never sat through the whole film, I did always somehow seem to manage to catch the most gruesome bits and pieces whenever it was on.  And yes, it did give me nightmares!

Of course, the movie would not give me nightmares today but still, it’s good for what it is.  Some of the scare scenes still work, especially the one involving the dog.  Stephen Macht makes for a good psycho and, in the spirit of Halloween, you can even forgive the plot for not making a bit of sense.

Interesting to note: The uber annoying Lenny is played by Jonathan Penner, who would later find some fame as a three-time contestant on Survivor.

(Also, needless to say, this film is rather tame by today’s standards but it’s still NSFW!)