Don’t blame me, I didn’t vote for him…

Incidentally, The Hunger Games: Mockingjay — Part One will be released on November 21st. 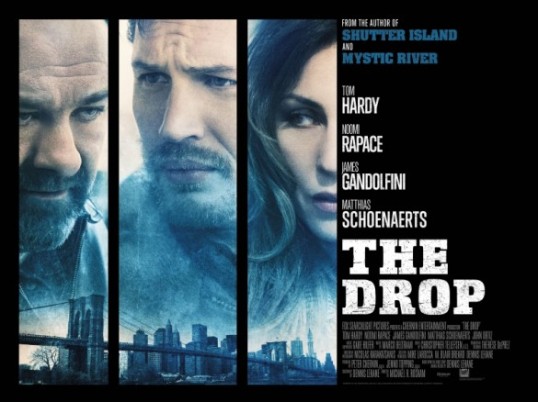 Earlier this year, I was one of my many people to be surprised by the fact that James Gandolfini did not receive a posthumous Oscar nomination for his performance in Enough Said.  After all, Gandolfini was a talented and popular actor who died far too early and his performance in Enough Said showed that he was capable of playing a lot more than just Tony Soprano or other gangster types in films like Killing Them Softly.

Judging from this recently released trailer, The Drop will features Gandolfini in the type of role that he was best known for.  Along with Gandolfini, The Drop features Tom Hardy and the only girl with the dragon tattoo who matters, Noomi Rapace.  Perhaps best of all, it was written by Dennis Lehane, whose books have inspired superior crime films like Mystic River, Shutter Island, and Gone, Baby, Gone.

If you’re a fan of movies about the military, like Arleigh or Erin, you will probably be excited by the first trailer for the upcoming World War II film Fury.  I have to admit that I’m not particularly a fan of war movies but I still think that the Fury trailer is undeniably effective.  I don’t know if I’ve quite bought into the idea that Fury is going to be an Oscar contender (as some Oscar bloggers are suggesting) but the trailer still suggests that Fury will, at the very least, be better than The Monuments Men.