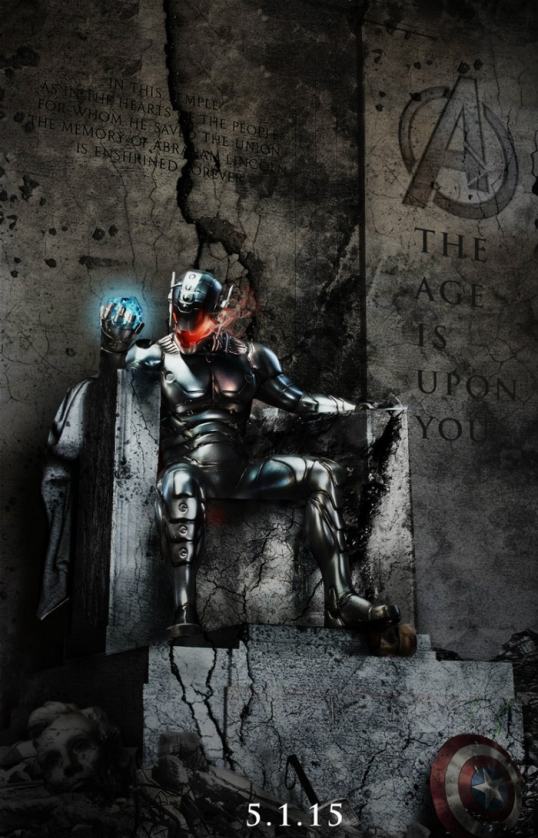 This past summer those who attended the Marvel panel over at San Diego Comic-Con 2013 were treated to Joss Whedon’s reveal for The Avengers sequel.

From the mid-credits scene at the end of The Avengers many thought that the villain for the sequel will be the cosmic baddie Thanos. I guess Whedon and Feige decided that it was best to keep Whedon in their pockets for now and went in a different direction. The sequel to The Avengers will have one of the superhero team’s toughest and most persistent archenemies: The self-aware and truly pissed off android known as Ultron.

The Avengers: Age of Ultron will not be following the events from this past year’s Age of Ultron crossever series in the comics. It instead will just use the title and create a brand-new story behind the origins (this time around it won’t be Hank Pym aka Ant-Man who creates Ultron, but someone else) of the Avengers main enemy and it’s plans for the team and Earth.

This change in Ultron’s creator didn’t sit well with some of the purists who want everything in the Marvel Universe to be adapted exactly how it was originally written. Fortunately, I’m not one of them and I actually think this change further solidifies the Marvel Cinematic Universe as it’s own alternate universe that comprises the near-infinite realities of the Marvel Multiverse. Where the universe with make’s up the original comic books have been given the Earth-616 label the Marvel Cinematic Universe has now been given it’s own of Earth-199999.

It’s going to be interesting to see what Whedon and company will come up with to make Ultron a villain worthy to get the team back together again. It helps that they’ve chosen James Spader to voice the bugshit-crazy and angry Ultron.

The Avengers: Age of Ultron will premiere in our universe on May 1, 2015.