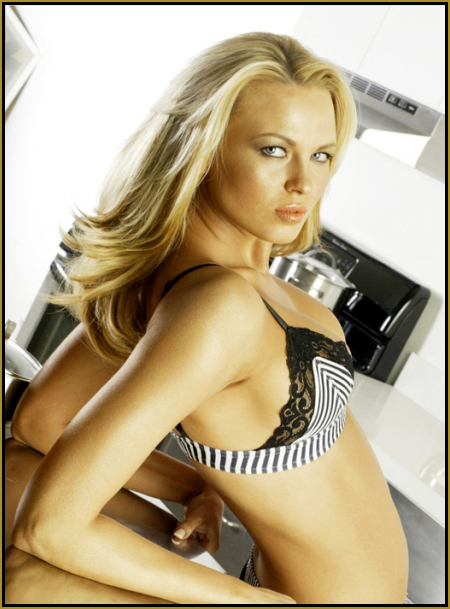 Our hottie for the day comes from behind the former Iron Curtain. She also hails from the same country as pagan metal band Arkona and folk metal band Kalevala. She has been a model since the age of 14 and has appeared in Playboy numerous times. In 2001, she became Playboy’s Playmate of the Month for the month of January. Ms. Voronina has posed for many top photographers. One of the photographers she has posed for is a favorite of mine and that is Guido Argentini. She’s appeared for the ad campaigns of well-known beverage brands such as SKYY Vodka, Michelob Ultra and Bacardi. In 2008 she became the latest of Playboy Playmates to take up the mantle of St. Pauli Girl for the ad campaign of the famous German beer brand. In addition to modeling, Ms. Voronina has begun to move into acting. She’s appeared in such films as Balls of Fury, Reno 911!: Miami and Epic Movie.


The end of an era just occurred at 12:35am on January 23, 2010. An era of Conan O’Brien on NBC late-night. First 16 years hosting The Late Night Show after the departure of David Letterman for his own late-night talk show on CBS. 2009 marked Conan’s inheriting the coveted Tonight Show from a “retiring” Jay Leno. This next stage of Conan’s career was suppose to last a long time, but instead a major blunder of immense proportions by NBC head honcho Jeff Zucker has ended Conan’s tenure as the Tonight Show host after only 7 months.

Much has been said, argued and screamed about the circumstances which has led to Conan O’Brien’s leaving the Tonight Show. People can find most of those easily on the net. This shall be my brief farewell and see you soon to someone who has made late night fun to watch. Wherever he lands (FOX, Comedy Central, internet show, etc.) here’s to hoping he does so to continue what he did best those 17 years as an NBC late-night talk show host: be funny, irreverent and, most importantly, down-to-earth.

7 months to wait til we find out where Conan shall land.