I was so impressed with Paul Rudd’s performance in Avengers: Endgame that, last night, I decided to watch another Paul Rudd film, 2018’s The Catcher Was A Spy.

Based on a true story, The Catcher Was A Spy tells the tale of Moe Berg (Paul Rudd).  When we first meet Moe, it’s towards the end of World War II and Moe has been sent behind enemy lines to investigate just how close the Nazis are to building an atomic bomb.  Intelligence suggests that physicist Werner Heisenberg (Mark Strong) is leading the Nazi effort and, if the intelligence turns out to be true, Moe has been ordered to assassinate Heisenberg.  As Moe considers whether or not he’s actually capable of killing a man, we get flashbacks to how Moe eventually ended up working as a spy.

What we learn is that, in the 1930s, Moe Berg was a major league baseball player.  He was a catcher and, though he was never a great player, he was famous for being far more educated than the average professional athlete.  At a time when open anti-Semitism was socially acceptable among America’s upper classes, Moe Berg managed to get an Ivy League education.  Not only does he keep up with current events but he can also speak several languages.  The other players aren’t quite sure what to make of Moe, nor does Moe ever seem to make much of an effort to open up to anyone, including his girlfriend, Estella (Sienna Miller, playing yet another girlfriend in yet another biopic).

Because he can speak Japanese, Moe is selected to be a part of a delegation of players who will be sent to Japan.  While the rest of the players hang out around the hotel, Moe hangs out with an intellectual named Kawabata (Hiroyuki Sanada), discusses inevitably of war, and — for reasons that the film deliberately leaves unclear — decides to shoot a film of Tokyo Harbor.

Five years later, with the United States now at war with the Axis powers, it’s that film that leads to Moe getting a meeting with the head of the Office of Strategic Services, Bill Donovan (Jeff Daniels).  No longer a baseball player and apparently bored with coaching, Moe wants to become a spy.  Donovan notes that Moe has never married and asks him flat out if he’s gay.  Moe smiles slightly and says, “I’m good at keeping secrets.”

And indeed, he is!  Unfortunately, Moe is so good at keeping secrets that we never quite get into his head.  It’s hard not to compare this film to the superficially similar The Imitation Game.  But whereas that film made you feel as if you were seeing the world through Alan Turing’s eyes, The Catcher Was A Spy always seems to be standing outside of Moe Berg.  In the film’s final title cards, it refers to Moe as being an “enigma” and that’s pretty much the way he is throughout the entire film.  We like him because he’s played by Paul Rudd but we never really feel like we know him.  The closest the film comes to suggesting what’s going on inside the head of its main character is when Moe — who has described himself as non-religious — attends a Kol Nidrel service at a Zurich synagogue and, for a few minutes, Moe lets his guard down.  But, for the majority of the film, Moe remains unknowable.

With the exception of one battle scene, it’s also a rather low-key spy film, one that’s more in the style of Tinker, Tailor, Soldier, Spy than SPECTRE.  Again, that may be true to the actual story but, considering that it’s a film about a possibly gay Jew working to take down a homophobic, anti-Semitic war machine, it’s still hard not to regret the film’s lack of big “stand up and cheer” moments.  Clocking in at a rather brisk 97 minutes, it’s hard not to feel that there’s some big pieces missing from the film’s story.

Here’s the good news: Paul Rudd proves himself to be a thoroughly charismatic leading man in this film, showing that he can hold the audience’s attention even without special effects or a punch line.  Rudd does an excellent job playing a character who, to be honest, has very little in common with what we may think of as being a typical Paul Rudd role.  Rudd is always watchable, even while Moe Berg remains an enigma.  Hopefully, Rudd will get more opportunities in the future to show us what he’s truly capable of doing as an actor. 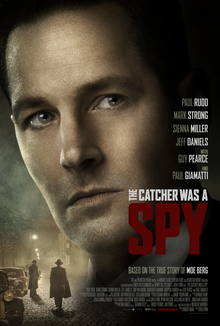 Spirit photography was all the rage in the 19th century.  Long before Photoshop, photographers would use double exposures as a way to add ghosts to their pictures.  Some of these photographers were honest about their technique and David Brewster even wrote a book about how to add a ghost to a picture.  Others, like William Hope and William H. Mumler, made a fortune by conning the bereaved and promising to prove that the spirits of their loved ones were still with them.

Here are some spirit photographs from the 19th century: 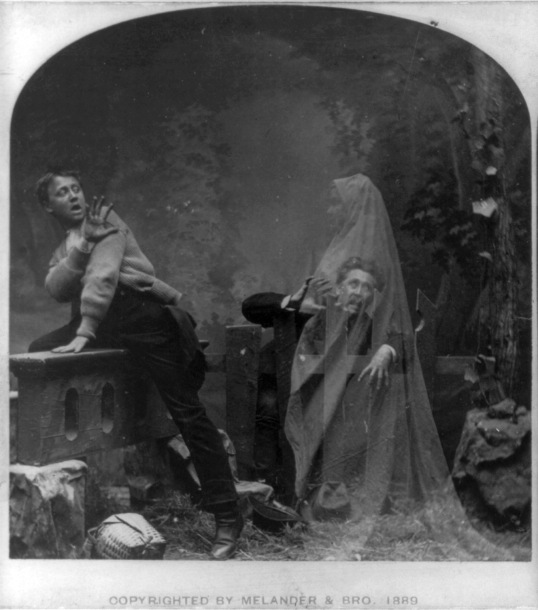 Haunted Lane by Melander and Brother 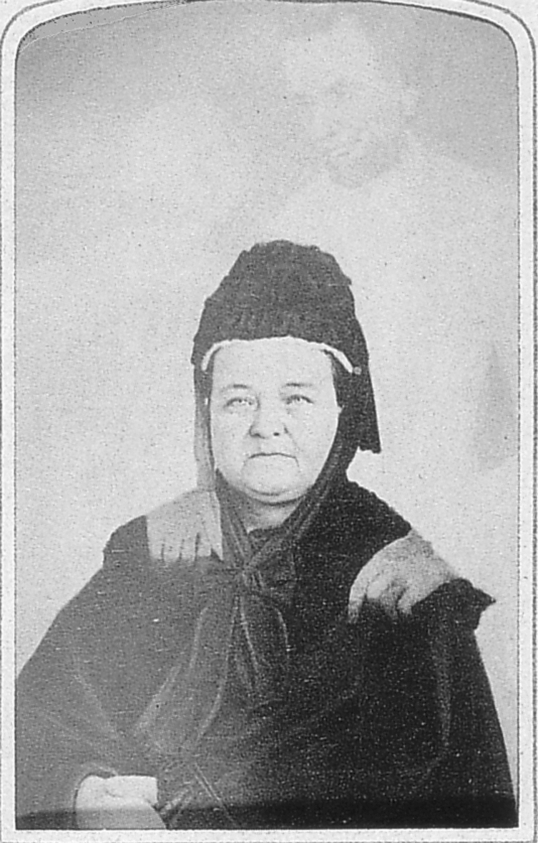 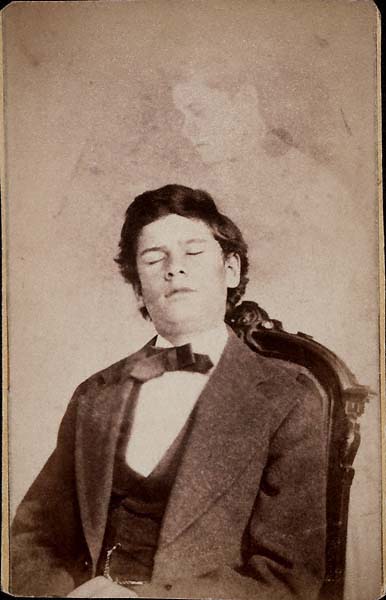 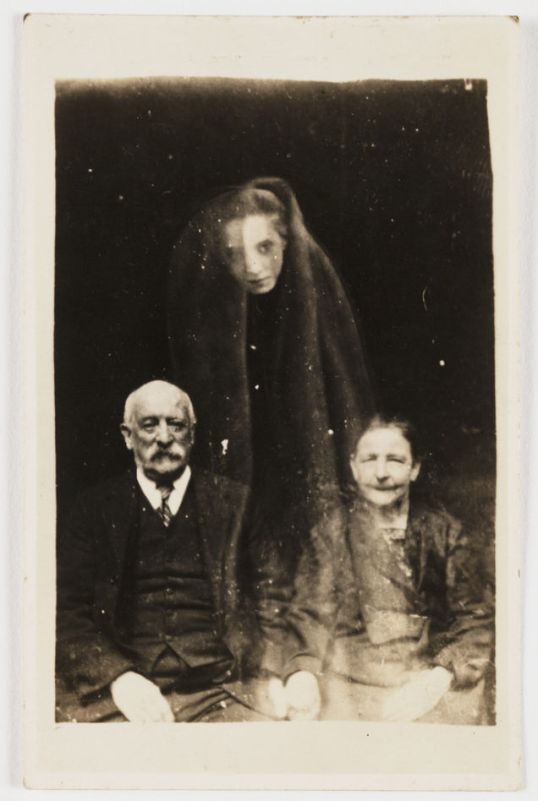