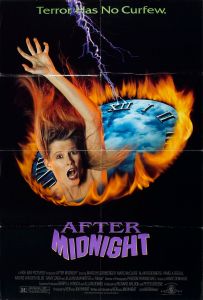 Prof. Edward Derek (Ramy Zada) teaches a class called The Psychology Of Fear.  He claims that the things that most scare us are the things that we can believe in.  (To quote the observers from the peanut gallery, “No shit, Sherlock.”)  After Prof. Derek demonstrates fear by pulling out a fake gun and pretending to kill himself, a jock ends up pissing himself and the class is suspended.  Fortunately, Prof. Derek has a backup plan.  He invites his students to his house, where he tells them three horror stories that are all designed to prove that the scariest things are the things that could actually happen in real life.

What does Prof. Derek believe to be scary?

In the first story, it’s scary when your wife decides that the perfect way to throw a surprise party would be to trick you into thinking that you’re trapped in a haunted house and you’re going to die if you don’t start chopping off some heads.

In the second story, it’s scary when a group of girls take a wrong turn, piss off the wrong gas station attendant, and end up getting chased by pack of killer dogs.

In the third story, it’s scary with an answering service operator (played by a pre-CSI Marg Helgenberger) starts getting calls from a psycho.

None of the three stories are really that scary but the first story does have a twist ending that would have made EC Comics proud.  The third story is the best, if just because it focuses on one character and that character is played by Marg Helgenberger.  There’s also the wrap-around story involving the professor and his students.  Just when that story’s getting good, it cops out with an ending that you’ll see coming from a mile away.

With the exception of Marg Helgenberger’s segment, After Midnight is a largely forgettable horror anthology film that will be best appreciated by viewers who are nostalgic for 80s fashion and cheap special effects.

So one year later we returned to Endor to see the continuing saga of Wicket (Warwick Davis) and the family from The Ewok Adventure. What were those words Burl Ives left us with at the end of The Ewok Adventure again?

“Reunited, the families enjoy the simple pleasures of being together. Having learned something they already knew. That courage, loyalty, and love are the strongest forces in the universe.”

Well, those forces are apparently not that strong because this movie opens up with Cindel’s (Aubree Miller) family getting murdered. That’s nice!

I love that apparently Kilink’s ultimate weapon from Kilink vs. The Flying Man made it all the way from Turkey to the moon of Endor.

During all this killing we meet the two main villains of this movie. 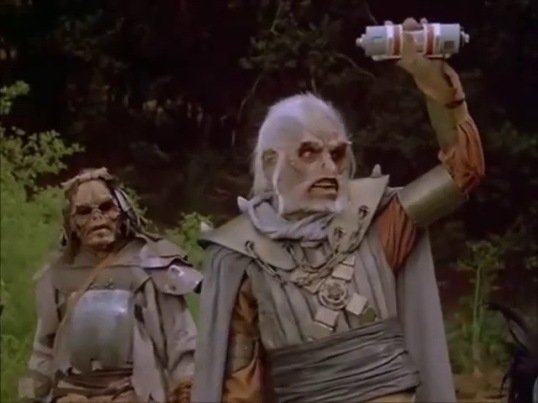 This guy (Carel Struycken) who looks like every generic bad guy from ever fantasy adventure movie ever made. He wants some sort of device from a spaceship that he thinks will make him powerful. 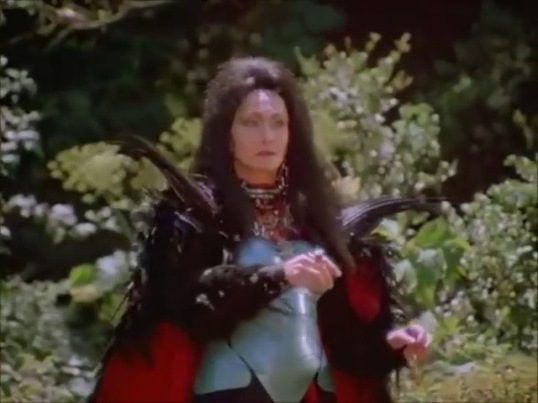 And this lady (Siân Phillips) who looks like she belongs in He-Man and The Masters Of The Universe.

After getting captured, then escaping, Cindel and Wicket do battle with something I’m pretty sure I once hit a golf ball into when I used to play miniature golf.

While trying to escape that dragon via a hang glider, they crash. Then they meet this guy who is quite annoying throughout this film.

I guess they figured since Wicket now speaks English, they needed something else small that doesn’t. That thing takes them to a house in the woods, but soon the owner comes home.

Yep, it’s Wilford Brimley. According to IMDb, he and the Wheats didn’t get along, so the production designer Joe Johnston directed all the scenes with Brimley. How did that work considering Brimley is in the majority of this film. Well, unfortunately Brimley did not bring Remo and Chiun with him. That would have made for a very short film.

A large chunk of this movie can now be described as Brimley talks to Cindel, the bad guys talk amongst themselves, and Brimley and crew decide to seek out the bad guys. Oh, and this happens. 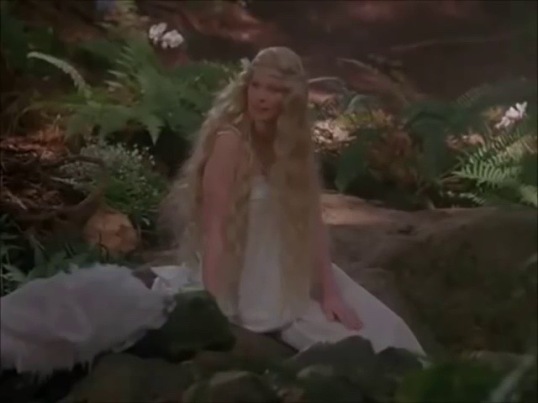 Unfortunately, Chewbacca from The Star Wars Holiday Special isn’t around to tell little Cindel that something about this doesn’t smell right. Of course she pulls a switcharoo and kidnaps the kid.

Now we get the annoying little creature, Wicket, and Brimley walking. For some reason we bump into a rock and get this shot of it. 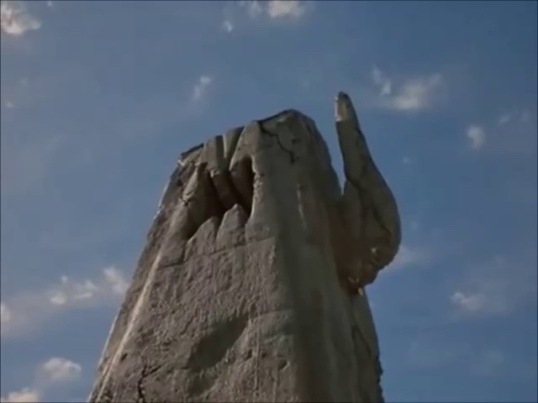 Looks like a slot machine to me. They finally reach the evil castle, and after girl talk… 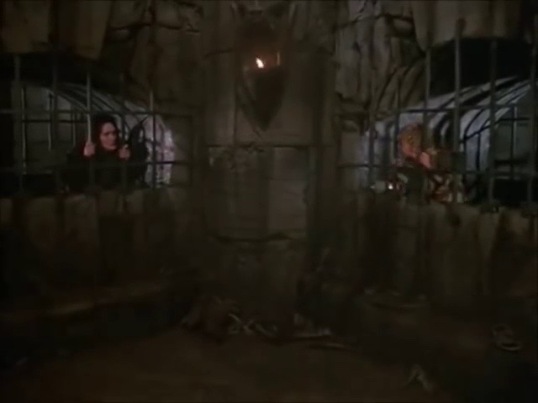 Brimley and crew scale the wall of the castle. Meanwhile, stuff is happening inside. Remember that whole Han and Greedo thing. Who shot first and all that. We can stop arguing about that. It’s time to start arguing over which one of these guys shot first.

There really isn’t much to talk about now because after they break the good guys (other Ewoks and Cindel) out of the castle, the rest of the film is a run and gun battle. At least this time Endor doesn’t scream Northern California like it did in The Ewok Adventure. Now shots like this just scream EBMUD watershed lands and Redwood Regional Park in the Oakland hills. 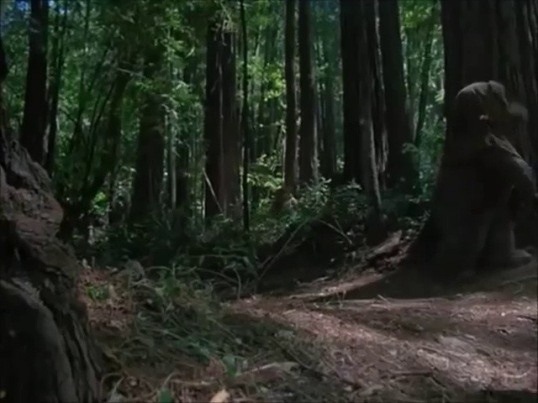 Eventually it all comes down to a battle between Brimley and the bad guy.

If you strike him down, he will become a more powerful spokesman for diabetes testing supplies then you can possibly imagine. But before that can happen, Wicket throws something that hits a thing on the bad guy’s chest and this happens to him.

With that done, it’s time for goodbyes and Brimley and Cindel leave the moon of Endor.

The question is whether this is any better than The Ewok Adventure. I would say no. Sure Wicket can talk, it feels more like we are on a foreign world, and there’s a lot more action to it, but that doesn’t make it better. The Ewok Adventure was a serviceable, but forgettable children’s sci-fi/fantasy adventure movie. This feels like they were contractually obligated to make a sequel so they threw together as generic a fantasy plot as possible and paid Brimley a few bucks to be in it. It’s super forgettable.

Now I just need to rewatch my childhood favorite Warwick Davis movie Willow (1988) and hope that The Force Awakens opens with Wicket pulling a Star Destroyer out of the sky using the force.