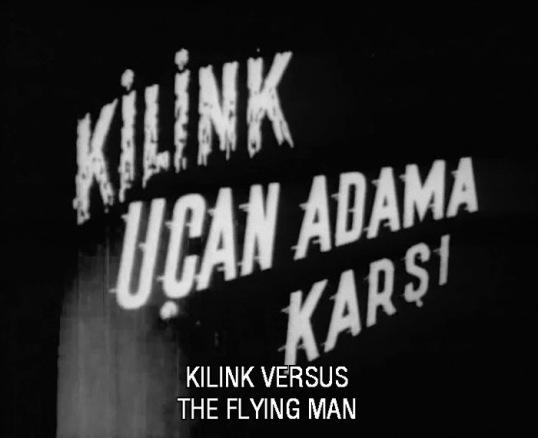 It’s time for part II in the Kilink saga. And wouldn’t you know it, those 20 minutes I mentioned at the end of the previous review are this movie. Yep! Turns out the version I watched was the correct version. The unsbutitled version I came across just seamlessly attached the 20 minutes from this film onto the end of the previous one. I say 20 minutes because this movie spends about that amount of time recapping the first film, and it’s only about a 48 minute movie as a whole. Honestly, you could watch this movie without having seen the first one. It even bothers with the opening credits that already recapped things in the first film before we saw the events they were showing. Also, it turns out the stills they showed at the end of the unsubtitled bit I saw weren’t for nothing. This movie is missing chunks of itself. That’s why there is a quick unrelated scene followed by stills with voiceover narration to fill in what has been lost at the end of the film. That said, the bits that are left are still rather entertaining. In addition, the person who did these subtitles was different from the person who did Kilink In Istanbul. Now Superman says “Shajam” and Kilink says “bullshit”.

I still can’t get over how the opening credits play somewhat sinister music over them, yet the majority of what they show is Superman doing things. We are supposed to be rooting for Superman (Irfan Atasoy), right? I mean only in so much as Kilink (Yildirim Gencer) keeps getting away so we can have more movies.

I’m really glad they left in the blonde fondling herself scene in the recap. It’s really crucial to the plot of this movie that we see that again. 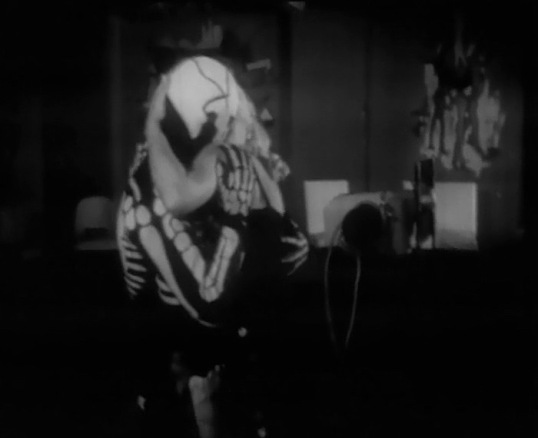 And I also can’t get used to seeing her make out with Kilink. And yes, it does go there in this film. I will get to that later.

This movie picks up where the first one left off. We follow Kilink to an island where we get to see his weapon in action. 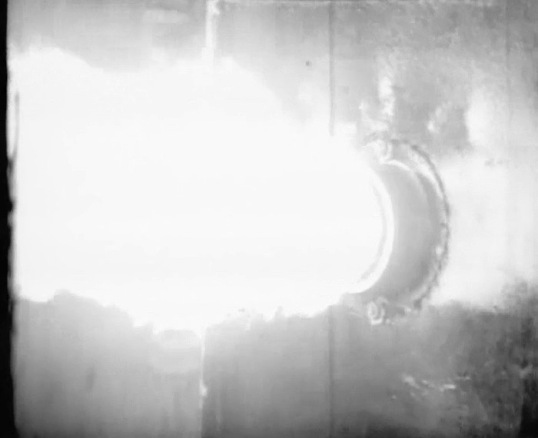 That may look like it’s just a flamethrower, but we do see it blow off the side of rock face so it must be pretty powerful. Of course Superman (called The Flying Man in this one) has to show up to ruin Kilink’s plans. Kilink sees him coming and blasts his boat out of the water.

I sort of complained in my review of the first Kilink film that they had three henchmen on screen at the same time wearing shirts with the letter ‘K’ on them, but I’ve changed my mind. Thanks to this movie I can say I’ve seen a movie where the KKK come after Superman…sort of.

Kilink captures Orhan, which is this Superman’s human version, along with the boat captain who was brining Superman to the island. Kilink tells all his hostages that “you’ll have a long journey. I’ll send you to hell.” Big words, but considering Superman is just a Shajam away, I like this guy’s response.

Then Kilink apparently has sex with the blonde, or at least one of them. We see him lay down on her and kiss her. Then it cuts and we see this. 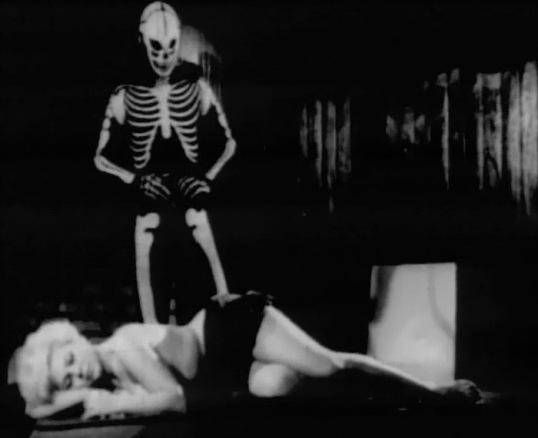 I can totally buy that Shajam turns Orhan into Superman and that a flamethrower is an ultimate weapon, but how does sex with Kilink work? He appears to be putting on a belt, but I still don’t know if he’s literally supposed to be a skeleton or a guy in a skeleton suit. Does he just pay all the sexual attention to her since his equipment is kind of dead? Maybe that’s why she follows him wherever he goes. It’s a puzzling scene that is shortly followed by what I guess is them having sex again, but on a rock.

At least I think it’s her. There are two blonde girls in this that follow him around, but it’s tough keeping track of who is who.

Anyways, while girls dance for Kilink, Superman finally decides to emerge and go after him. Just as in the first one, Superman means business and dives right into the action. I like that during this we get little exchanges between the guards before they are taken care of.

We get more dancing and Superman getting the other hostages to safety before he finally crashes Kilink’s party. Kilink whips out his weapon and tries to use it on Superman before running away with it pointed at him.

It does seem to hold him at bay before he works around it and gives it a karate chop. Probably wouldn’t have been such a big deal if he had simply walked around the other side of the weapon. Of course if he had done that, then Kilink might not have gotten away. Superman thinks he has caught up with him, but it turns out to be an imposter. 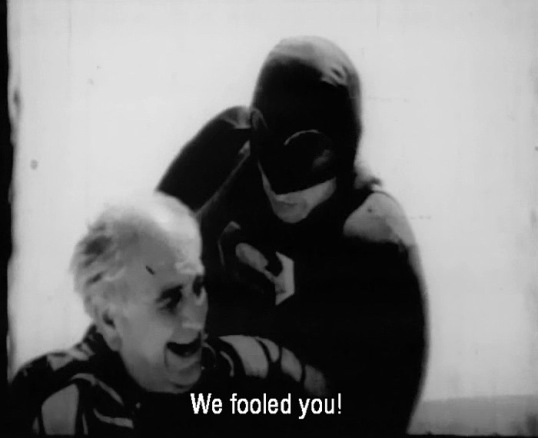 That’s a running thing in these movies. Either someone pretends to be Kilink, or Kilink wears a flesh mask to pretend to be someone else. However, those parts are pretty rare.

Now we hit the wall in terms of what has survived of this film. We get this brief sequence where Kilink appears to be showing up to rob some rich lady, then the stills kick in. They tell us that Kilink killed the princess of Austria, and took all her jewelry. That would have been neat to see. So would have been this “unique fight” that apparently took place on Galata’s tower. 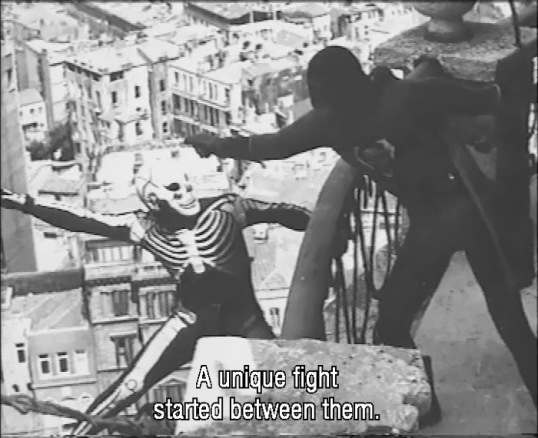 Kilink falls to his death, or at least it appears he is dead, but the movie assures us that he will be seen again. And of course he will because I have at least two more of these Kilink films to go. One of which immediately follows this one. Unfortunately, I don’t think it has Superman in it based on IMDb’s description, but we’ll see after I watch Kilink: Strip and Kill.

Earlier this year I reviewed probably the best known Turkish Superman film called The Return of Superman. It’s Thanksgiving week and there are bunch of these fun Turkish movies. I thought I would review a few this week, starting today through Saturday. That, or I have a backlog of these movies and this is a good excuse to watch them. Either way, I hope you enjoy them. 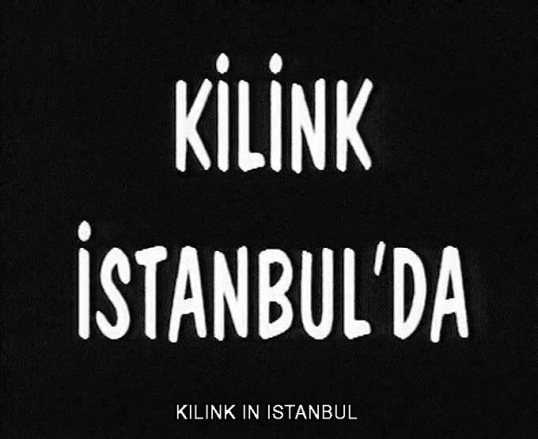 We are beginning with Kilink In Istanbul. Kilink is the Turkish knockoff version of the Italian comic book character called Killing. This is one of several of these. The best way I can think of to describe them is to compare them to the Fantomas serials from the 1910s. Except if Fantomas was a sadistic kidnapper, murderer, and all around really really nasty guy. I don’t recall Fantomas being this bad. And if Inspector Juve were Superman. No joke, this is Kilink (Yildirim Gencer) fighting Superman (Irfan Atasoy). Although, my subtitles just call him Superhero and other places you see him called the Flying Man, but come on. Just take a look at him.

At the beginning there is a somewhat confusing opening credit sequence. It’s clearly gonna play at the start of each of these to give a little introduction to the characters. Speaking of characters, here’s the other one.

And Kilink wears that skeleton thing for the entire movie. The question is what exactly is he in this. During the opening credits some people bring in a coffin, inject a mummy with something, it rises up, and underneath is Kilink. Was he hanging out in there? Was he hiding in there? Was he resurrected? It never really says. He just takes off the stuff, starts to plan a crime, then in seconds is off to do it.

That being to kill this doctor who he once knew. Presumedly, before he died. Apparently, he has some formula that Kilink needs to complete his ultimate weapon. Kilink thinks he has what he needs, but it turns out pieces are missing. Now we are introduced to the doctor’s son. This is an odd scene because it’s really random. The son is at a graveyard when all of a sudden this guy appears. 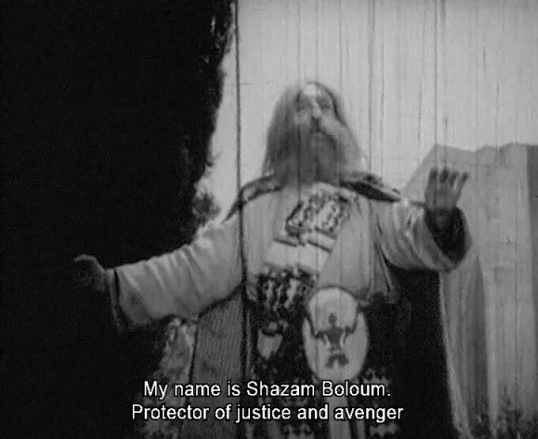 He tells the son he’s going to give him a list of powers. I’m not going to repeat it since it’s almost the exact same thing that Superman’s father says in The Return Of Superman to Superman. You can see it in that review. He tells him that all he needs to say is “Shazam” and he will become Superman. Then he gives him a warning that “only in great danger must be used and not in front of others.” Then POOF! He’s gone up in smoke just as quickly as he came. 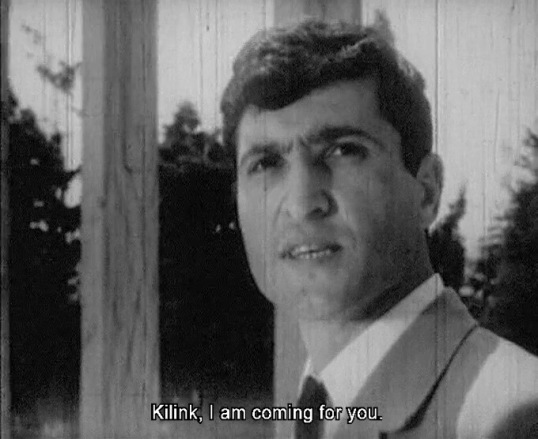 In short order, Kilink’s henchmen show up and try to take Superman hostage. This is when we find out that this Superman is not like the Superman from The Return Of Superman. In that one, he basically stands there till the person tires themselves out, then Superman tosses them aside. This Superman dives right into the action. Sometimes quite literally.

Superman is already a thorn in Kilink’s side.

Then he proceeds to rape her?

I put the question mark there because I’m not really sure. It seems like that’s what is going to happen, but then she seems to be in to it. Also, there’s a girl later in the movie with the same color hair. I’m pretty sure she hooks up with him, but I’m not 100% positive. That part was a little difficult to follow. Let’s just say, Kilink has a history of being nasty to scantily clad women like the Wikipedia article on the character says. Not that he’s any better to the guys. And that a girl who looks like this is at his side for the remainder of this movie.

At this point, aside from henchmen around Kilink and some people around Superman, it basically becomes a series of showdowns between Kilink and Superman in one form or another. Here’s some highlights. 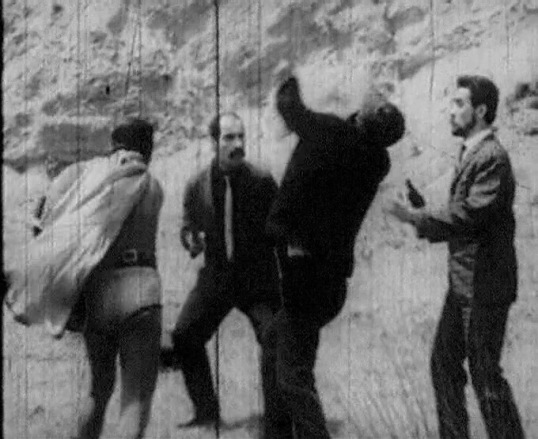 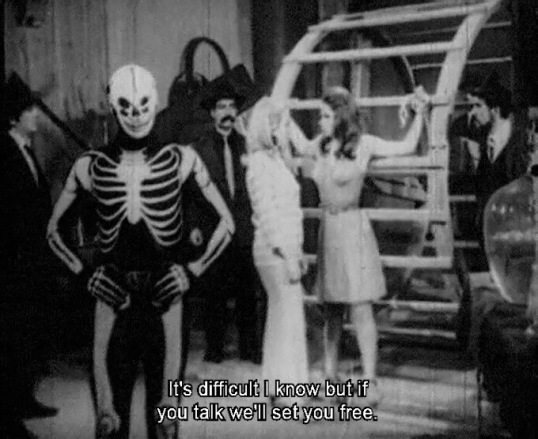 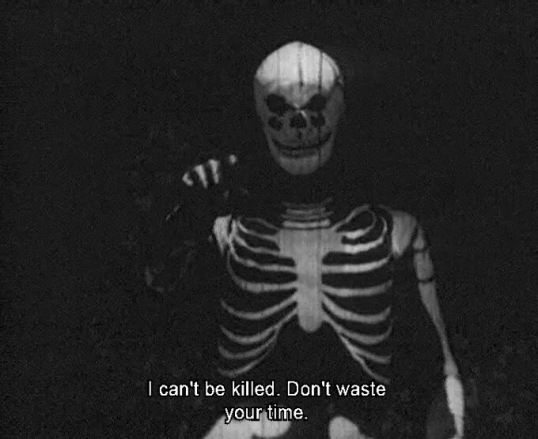 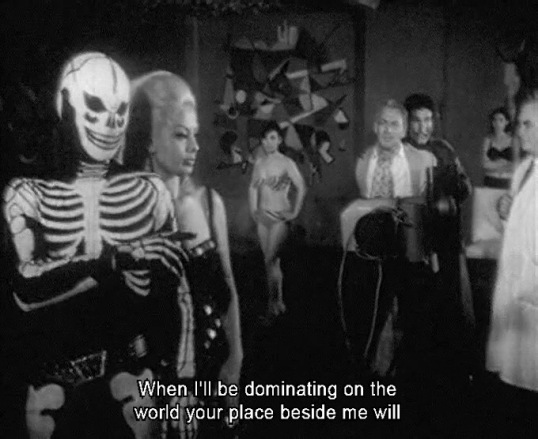 I know this was shot in Turkey and the villain’s name does start with a ‘K’, but perhaps they should have only had two henchmen in this shot.

It certainly is an entertaining hour or so. It really does move fast. It’s like an old serial such as Fantomas, Les Vampires, Judex, or Spiders. It’s a series of action sequences that really don’t move the plot forward, but just set up Kilink and Superman as enemies, then it just ends.

Well, I have three more of these so I guess we’ll see what happens. In one of them Kilink fights Django. I wonder if that one will ripoff Spaghetti Western music in addition to the James Bond music it uses in this one. Ought to be interesting!

Note: There is a version of this on YouTube that appears to have 20 minutes more of runtime that aren’t even acknowledged as existing on IMDb. Unfortunately, it doesn’t have subtitles and my copy does come up and say “End Of Episode”. In these extra 20 minutes or so it appears Kilink gets his weapon working. Kilink also spends some quality time with his lady friend. A woman dances for Kilink. Then Superman shows up to beat people up. We get to see Kilink and Superman fight a bit. Honestly, you’re not missing much. It’s more of the same: Kilink being evil and Superman fighting people. It also ends out of nowhere. However, if you happen to speak Turkish, then by all means, seek out this clearly more complete version.