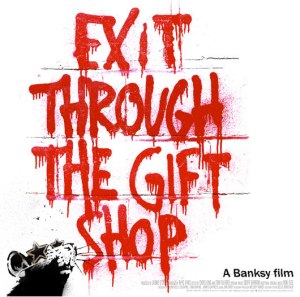 The rather enigmatic National Board of Review announced their selections for the best films of 2010 today.  The NBR is traditionally considered to be the first precursor to how the actual Oscar race will shape up.  Typically, those honored by the NBR are, at the very least, nominated by the Academy.  Strangely, nobody seems to be sure just who exactly makes up the membership of the NBR.  As far as I can tell, it appears to be a collection of film professors and cable tv executives.  It wouldn’t surprise me to discover that the NBR is actually some sort of Illuminati conspiracy or MK-Ultra experiment designed to keep American filmgoers from thinking for themselves.

Anyway, as I look over this year’s award winners, all I can say is that I give up.  If my reaction to Avatar indicated to me that I’m totally out-of-step with mainstream opinion, then the current Pavlovian acclaim of the Social Network proves it.  I will never be a part of the mainstream and it’s not by choice.  It’s just I am apparently thoroughly incapable of understanding how the mainstream brain works.

So, that’s what the National Board of Review taught me today.  I am destined to always be alone, railing against the dying of the light.  Thank you for the insight, assholes.

Best Actor: Jesse Eisenberg, The Social Network (I am so sick of hearing that this is Jesse’s “breakthrough” role.  Jesse’s breakthrough was in Adventureland, long before the mainstream ever decided to embrace him.)

Best Actress: Lesley Manville, Another Year (Haven’t seen it yet)

Best Supporting Actor: Christian Bale, The Fighter (Another movie that I will see when it opens later this month.  Still, Bale should have been nominated for American Psycho back in the day.)

Best Documentary: Waiting For Superman (Yes, my favorite movie of the year —Exit Through The Gift Shop — was totally ignored.)

Best Ensemble Cast: The Town (Bleh.  So I guess that would include Jon Hamm, who gave such an amazingly bad performance in this film?)

Breakthrough Performance: Jennifer Lawrence, Winter’s Bone (Another yay but you know all the mainstream is going to offer her is a role in a Twilight rip-off and maybe a Maxim cover shoot.)

Best Original Screenplay: Chris Sparling for Buried (which I didn’t see, mostly because I’m claustrophobic and the movie is called Buried.)

Ten Best Films Of The Year (in alphabetical order):

True Grit (another one I can’t wait to see)

Yep, you read that right.  No awards for such presumed favorites as James Franco and 127 Hours, Black Swan, or The Kids Are All Right.  But you better believe they found room to honor a shallow, pandering film like Hereafter.

Finally, here are the Top Ten Independent Films of 2010, according to the toadsuckers at the National Board of Review:

Buried (Now I guess I have to see it)

Let Me In (another kinda yay)

Somewhere (going to see it when it opens down here, Sofia Coppola is my role model)

Youth in Revolt (shrug, it’s neither bleh nor yay)

You can read the full list of winners at The Wrap.

Anyway, in order to show just how exactly I feel when confronted with mainstream thought and opinion, here’s an old picture of me with a tampon stuck up my nose.