Once upon a time, there was this comic book company called DC. DC was fortunate enough to be owned by Warner Bros. back in 1968. I’ve always thought of this as a good thing, despite not being the best of fans. It meant that any tv show or movie would have the full backing of Warner Bros., and DC would never need to shop around for production and/or distribution  rights for their work. So, when Superman finally happened in 1978, it was a watershed moment in the history of Comic Book films. It would take more than a decade for the WB to finally make a film about a second DC Hero with Tim Burton’s Batman.

That’s not counting films like Steel, but generally, outside of 2011’s Green Lantern, the support for DC’s character base outside of what they needed for Justice League really wasn’t strong, in my opinion. So getting a movie that stands outside of the usual top tier is worth trying, even if it stutter steps the way Suicide Squad did.

So, Birds of Prey, fully known as Birds of Prey (and the Fantabulous Emancipation of one Harley Quinn) isn’t perfect, but I enjoyed it and give me a bit of hope for what comes next from DC/WB. The film focuses on Harleen Quinzel (Margot Robbie, reprising her role from Suicide Squad), who suffers a bad break up from The Joker. To cope, she gets herself a new place and a new pet hyena (a good throwback to the Paul Dini / Bruce Timm Batman: The Animated Series version of the character). When she runs into mobster Roman Sionis (Ewan McGregor, Doctor Sleep), he gives her a mission to recover a precious diamond from Cassandra Cain (Ella Jay Bosco), a young pickpocket. Also thrown into the hunt for the diamond is Black Canary (Jurnee Smollett-Bell, True Blood), who works for Sionis. Detective Renee Montoya (Rosie Perez, Do the Right Thing) is looking to take down Sionis and The Huntress (Mary Elizabeth Winstead, Death Proof), who has her own reasons.

The performances are nice, and it seems like everyone enjoyed themselves. No one really phones in their roles – both McGregor and Robbie excel with their parts, and there’s nothing really wrong with anyone’s work here. I haven’t much to say on that.

The story for Birds of Prey, written by Bumblebee‘s Christina Hodson, is a bit unsteady at first. It makes sense, given Harley’s madness, and makes for some fun exposition in the same way Suicide Squad did. Of particular note are the fight scenes, which feels a lot like what you’d find in John Wick. Birds of Prey has its own particular style.  My only real problem with the film was the change over in Cassandra Cain’s character from the comic, who is pretty dangerous. Bosco’s Cain isn’t really written that way, but her pickpocket abilities does make up for it, somewhat. It’s not a terrible thing, but if you’re expecting the Batgirl you’ve read about, it’s not happening. Additionally, Moviegoers expecting to see either Jared Leto or Ben Affleck will probably be a little disappointed. Birds of Prey works with the inclusion of the two DC majors, but I enjoyed that.

Overall, Birds of Prey is a fun popcorn flick that may not be as strong as Shazam!, but offers quite a bit in the way of humor and action. I’m happy that DC’s taking these chances, and hope they continue to do so going forward.

At least it’s not another Batman film. 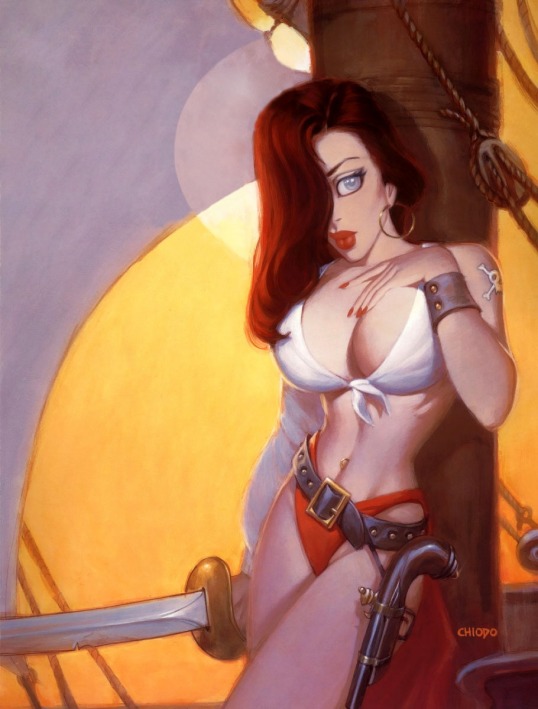 Joe Chiodo is a name not unknown to comic book aficionados. The youngest of four boys, Chiodo would grow up to be one of the comic book industry’s most sought after cover illustrators and colorists. His popularity rose during the 1990’s as he contributed cover illustrations for the group of artists who would form the indie publishing, creator-owned company of Image Comics (especially the Wildstorm and Cliffhanger brands).

Chiodo’s pin-up style lends well to the so-called “bad girl” style of comic book characters such as Vampirella, Lady Death, Witchblade and a host of others. His pin-up style was reminiscent of classic pin-up and cheesecake artists such as Dave Stevens and Gil Elvgren. He would add a certain Disney cartoon-style to the mix that would become the unique Chiodo-style fans have come to admire and love.

Joe Chiodo continues to do cover illustrations and coloring for comic book artists and companies. He has also released his own series of artbooks that focuses on his cover works and original art and painting throughout the years. 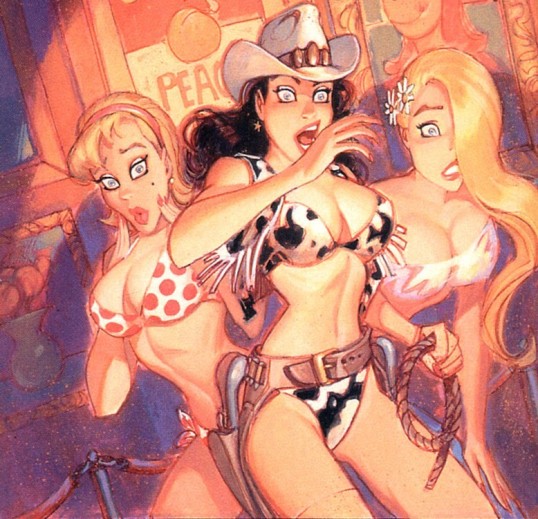 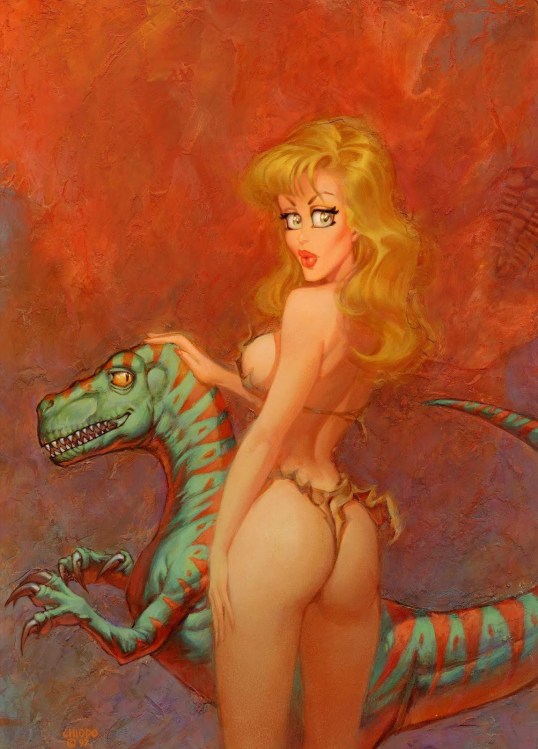 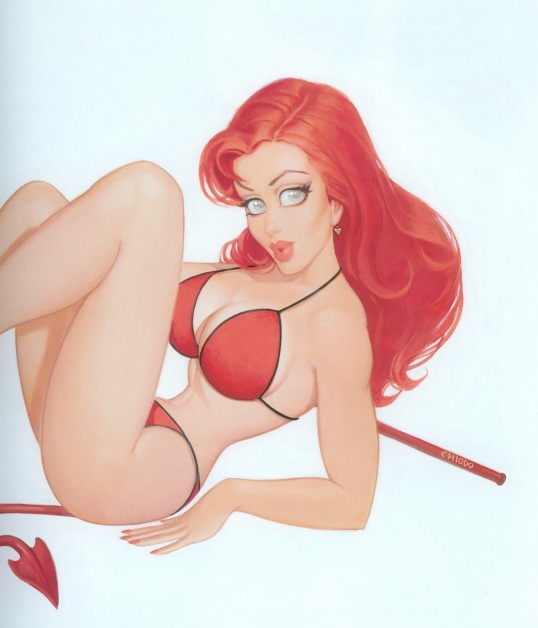