I don’t know how long, or how I did it, but for a long time I thought this song, and Only The Lonely by Roy Orbison were the same song. If that isn’t dumb enough for you, my parents also used to watch the movie Only The Lonely (1991) when I was a kid, which prominently featured the Orbison song. Also, my mom is a big Orbison fan, so I grew up listening to his music. I guess that means it shouldn’t come as any surprise that it took till high school before I realized that when people were saying “ultimatum”, they weren’t saying “old tomato”.

Still, I am surprised it took me this many Mulcahy videos before I started noticing things he likes using. We get several of them in Only The Lonely. First, the use of tables. 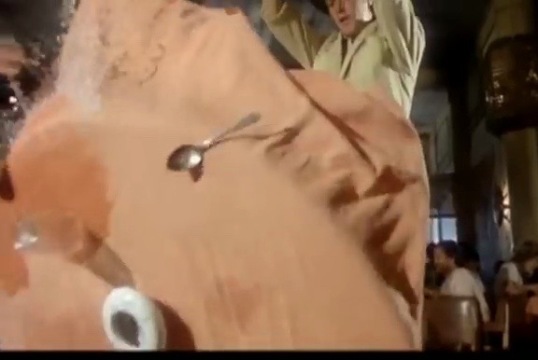 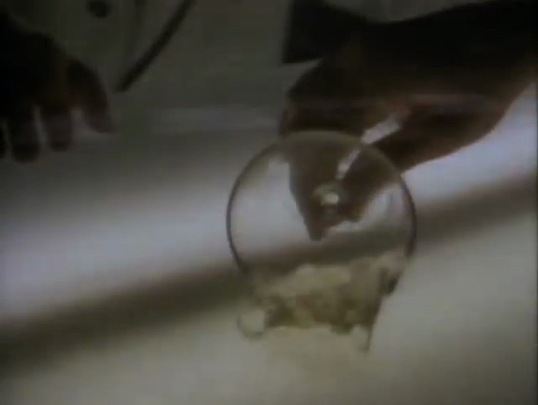 Total Eclipse Of The Heart by Bonnie Tyler (1983)

He really seems to like liquids and tables. Finally, we get the most obvious–isolation. In Only The Lonely, it’s the person wandering around a place that may or may not be filled with people, but the person is alone regardless.

Total Eclipse Of The Heart by Bonnie Tyler (1983)

We also get a repeat of the ending of Bette Davis Eyes by Kim Carnes. 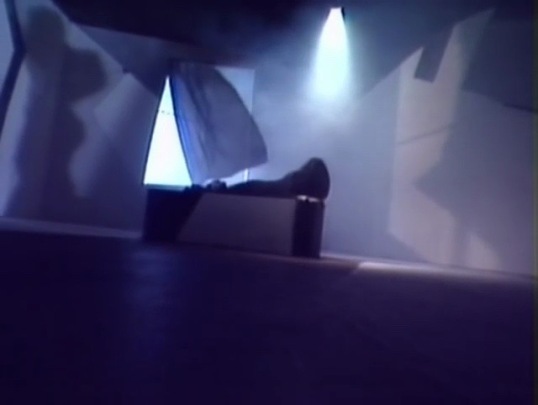 Lead-singer Martha Davis won a Best Performance in a Music Video for this at the American Music Awards. The song also did well, but it looks like their biggest hit was Suddenly Last Summer, which also has its own music video. The band is still around today under the name of Martha Davis and The Motels.

The video was shot by Andrew Dintenfass, edited by Doug Dowdle, and produced by Jackie Adams. In other words, the usual crew you would expect on a Mulcahy video.


With this music video of the day, I have now done 62 of these posts. It has taken that long to hit a music video that came out in 1981.

When I was growing up before I discovered Nirvana, I was listening to my parents’ music. Luckily, they had pretty good taste. I received the standard stuff that anyone of my generation should expect from their parents, but there were a few odd ones. I used to be a little ashamed when my dad would have Neil Sedaka’s greatest hits album playing when he would take me to and from soccer. I’m not ashamed to say I like Sedaka to this day. Especially not when Sedaka apparently made this music video type thing himself back in early 1960s, which reminds me of Centerfold.

My parents were very focused on raising me, so they largely missed out on 80s music, but there were a few exceptions. Two of the most notable examples were Centerfold and The Logical Song by Supertramp.

The song is a given. Freeze Frame is enjoyable, but Centerfold is a classic feel-good song that I would be willing to believe a lot of people have heard without knowing the name of the group.

I love the music video because I don’t see music videos often where the band or a member of the band has fun with some other people in it. I have to wonder how many times the lead singer either fell off the desks, or at least came close. The music video looks as fun as the song sounds. I don’t know what else you can ask for when making one of these for a song like Centerfold.

We have the same crew from Freeze Frame here. Director Paul Justman worked on a handful of music videos. He also did some other films including Gimme an ‘F’ (1984), which I have since found out is about cheerleaders (go figure). I have also since procured a copy of it too.

According to IMVDb, this was cinematographer Andrew Dintenfass’ first music video. He seems to have worked primarily with Russell Mulcahy and Paul Justman, but there is one he did with Kenny Ortega who would later direct the very popular horror musicals for Disney in the 2000s. We’ll get to one of his music videos later.

Justman did a great job capturing the fun of the song. I can’t say that enough. Just enjoy it!

Then maybe come back and listen to Neil Sedaka perform Solitaire.

I guess there are two things I want to make particular note of in the music video. First, is that it uses a modified version of the training montage from The Parallax View (1974) at the beginning. The second thing is that I love how Mulcahy used water and liquids in general as something that not only builds up pressure when attempts to contain it are made, but also as something that can consume you if you cannot handle pressure as the song says. It is much like the television that winds up capturing the kid within it since it is also a source of pressure along with magazines and other mass media.

This is another one of those music videos where we know more than just the director.

Keith Williams wrote Pressure. He wrote over 60 music videos, which includes a bunch of Russell Mulcahy ones. I found an IMDb entry that I am pretty sure is him and includes numerous producer credits.

Jackie Adams was the producer of Pressure. She seems to have exclusively produced music videos directed by Russell Mulcahy.

I love when I come across a music video that has this much documentation available.


The J. Geils Band is one of those groups that I only know a couple of songs from because when they would come on the radio when I was a kid, my mom would say it was one of her favorite songs. We’ll get to the one most people know by the group, but I decided to start with Freeze Frame. This song is pure fun. There’s nothing to be said about that.

There really isn’t much to say about the music video either. The band performs in what looks like an area prepared for painting as it cuts between them and Old Hollywood period stock footage. The only one I recognize by name is Nosferatu (1922). There are some other ones that look familiar, but I can’t come up with the names. That’s really all there is to this. There’s more to talk about with Centerfold.

The only particularly interesting part is at the end when they animate the cover of the album the song is on. I liked that it calls me back to Don’t Answer Me by The Alan Parsons Project, which was one of the first music videos I did as a music video of the day. I also like that one of the band members is dressed like a painter in overalls. I don’t know how I have passed 50 music videos without doing that homage to painters and women named Eileen, but I have. I’ll get to it eventually.

Director Paul Justman has directed a few other music videos, but not many. He has also done some feature films. That includes some B-Movies like Gimme an ‘F’ (1984) as well as some documentaries about music like Standing in the Shadows of Motown (2002).

Andrew Dintenfass shot this music video. He shot a few other music videos along with some other work.

I’ll get to Centerfold soon. In the meantime, enjoy this song that still gets airplay today with an okay music video to go along with it.