Below is a sampling of the covers of Smashing Detective Stories.  For all but one of them, the artist is unknown.  The cover for the September, 1954 issue has been attributed to Norman Saunders and it would not surprise me if he was responsible for at least some of the others as well. 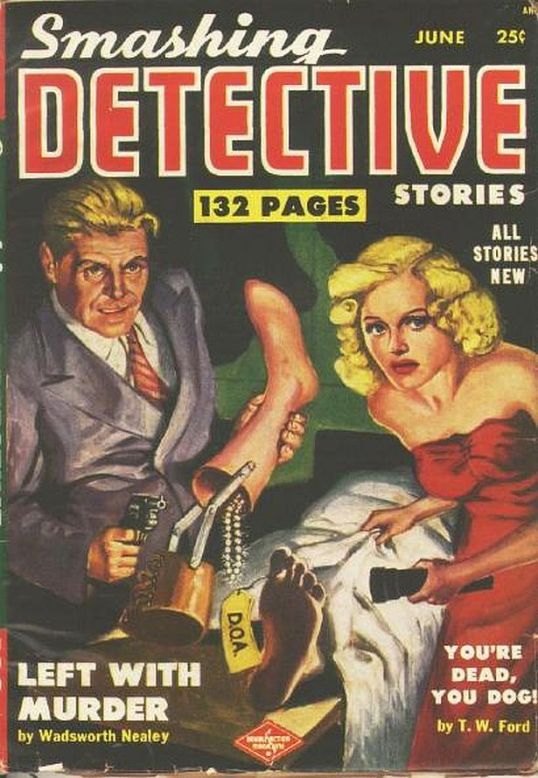 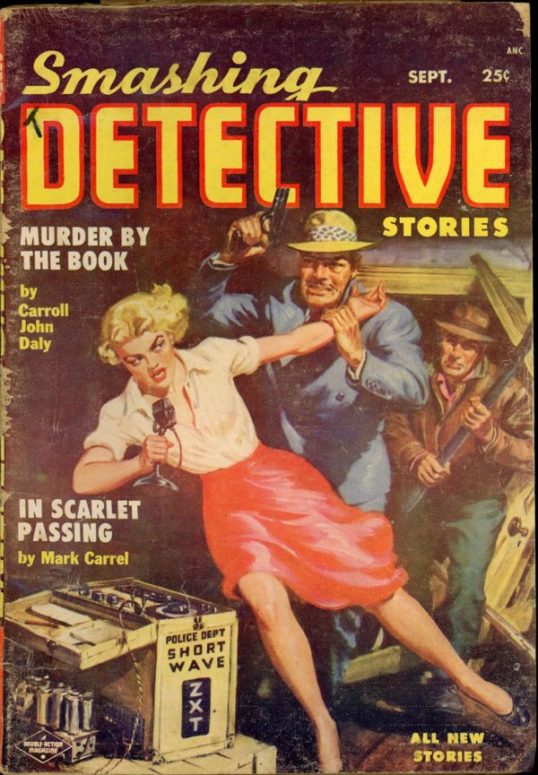 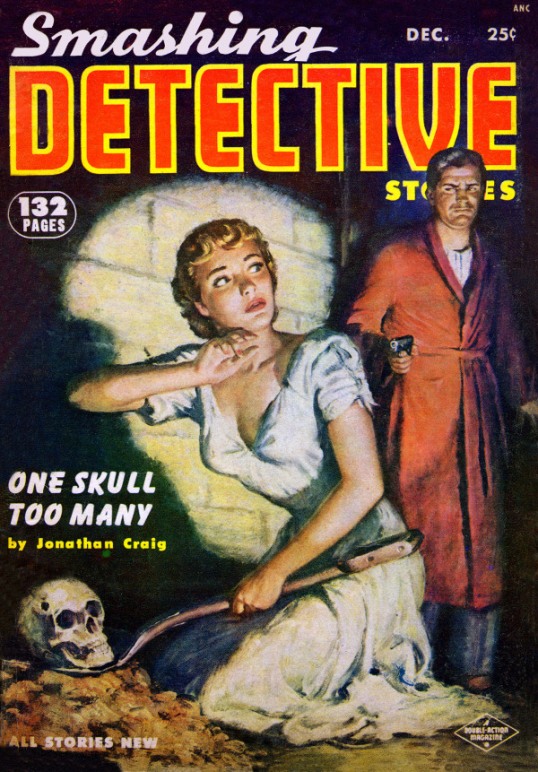 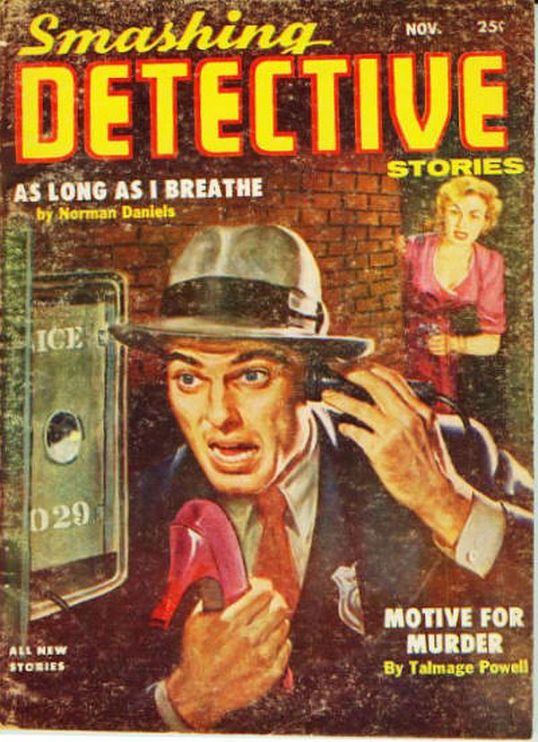 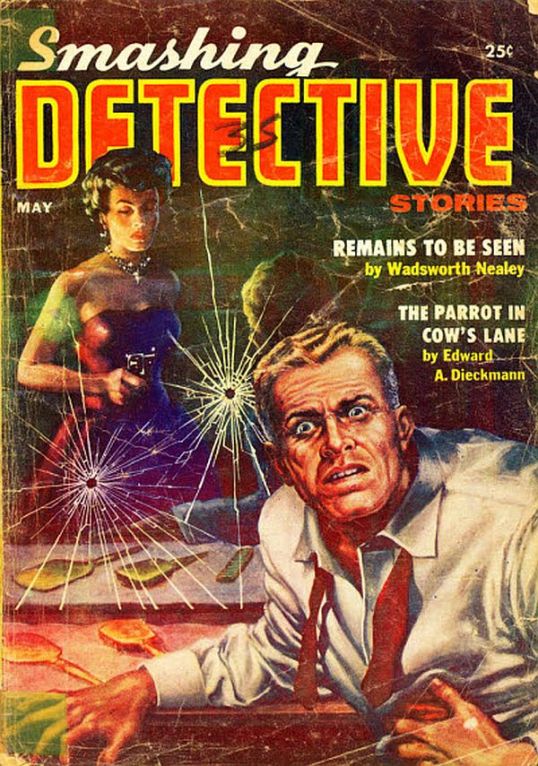 One response to “The Smashing Covers Of Smashing Detective Stories”