Welcome to Retro Television Reviews, a feature where we review some of our favorite and least favorite shows of the past!  On Tuesdays, I will be reviewing the original Fantasy Island, which ran on ABC from 1977 to 1996.  The entire show is currently streaming on Tubi!

Last week, while reviewing the Fantasy Island pilot, I commented on the fact that Mr. Roarke seemed to be a bit sinister, almost as if he took delight in the idea of mortals discovering that their fantasies weren’t as wonderful as they were expecting.

In the first regular episode of Fantasy Island, it’s made clear that, while Mr. Roarke may occasionally act like he doesn’t care, it’s only to teach a lesson.

When internationally renowned stage musician Gregory Udall (Bert Convy) requests that he be allowed to perform the world’s greatest escape, Mr. Roarke doesn’t appear to be the least bit concerned when Udall is transported to Devil’s Island, the infamous French island prison.  Devil’s Island was known for being escape proof.  It was also known for being harsh even by the prison standards.  75% of the people sentenced to Devil’s Island died before their sentence ended.  When Udall reaches the island, he discovers that the Warden (Reggie Nadler, best-known for playing the vampire in Salem’s Lost) doesn’t care whether he lives or dies.  He’s also told, by another prisoner named Ipsy Dauphin (Robert Clary), that Mr. Roarke regularly abandons people at the prison!

After Udall’s first escape fails, he is visited in the island’s infirmary by Mr. Roarke himself.  Udall says that he’s ready to give up and opt out of the fantasy.  Mr. Roarke informs him that failure is not an option.  He also suggests that Udall enjoy his cigarette because….

Fear not, though, Mr. Roarke is not evil.  Instead, he’s just giving Udall the extra push that he needs to not only successfully escape from the prison but to take Ipsy with him as well.  Udall not only gets his confidence back but he also saves another human being.  Mr. Roarke may have seemed harsh but it was only to make sure that everyone got something out of the fantasy.  As well, it’s revealed that Ipsy was not actually prisoner but was instead Fantasy Island’s head chef.

Mr. Roarke is far more cheerful in the episode’s other fantasy.  Georgia Engel and Diana Canova want to know what it’s like to be wealthy so they not only get makeovers but they also get a lot of new clothes.  Of course, being wealthy also means that they’ll be expected to bid at a charity auction that is being held on Fantasy Island.  (Apparently, Fantasy Island also doubles as a resort for people who don’t have fantasies but just want to spend the weekend hanging out by the pool.)  Georgia Engel ends up running away with a prince.  Diana Canova falls in love with an idealistic doctor who is played by John Saxon.  Does the doctor care that she doesn’t actually have any money?  Fortunately, it turns out that the doctor is poor himself.  Yay!

As you may have guessed, the first episode was a strange mismash of tones.  On the one hand, you had a silly but sweet story about two friends who wanted to pretend to be rich.  On the other hand, you’ve got a harsh prison story featuring Reggie Nadler as a desiccated villain and uber-70s actor Bert Convy as a stage musician.  It really shouldn’t work but it does, largely because the idea of the island is so appealing and Ricardo Montalban seems to be having fun in the role of Mr. Roarke.  Plus, who can resist John Saxon pretending to be from Texas?

The premiere episode got Fantasy Island off to a good start!  Would that continue next week?

Finally!  We have a trailer for Damien Chazelle’s Babylon!

Who would have thought that 2022 would have been the year that would have produced three flamboyant films about the decadence of the entertainment industry?  Elvis has already been released.  Blonde will be available by the end of the month.  And Babylon will coming out just as the year ends.  Judging from this trailer, it appears to be a film that will either be brilliant or a total disaster.  I’m hoping for the former.  America could use a really good movie about cocaine and pool parties.

It’s probably not great shock to anyone that my favorite scene from a Jean-Luc Godard film would involve dancing.

One of the last of the French New Wave directors has passed away.  RIP, to the uncompromising Jean-Luc Godard. 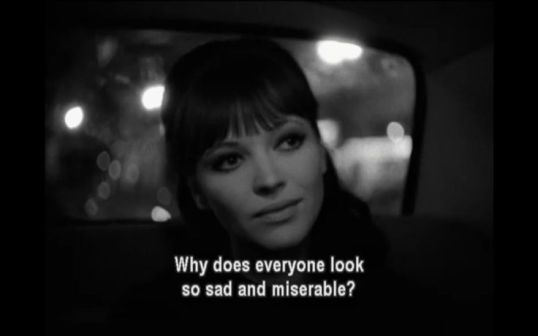 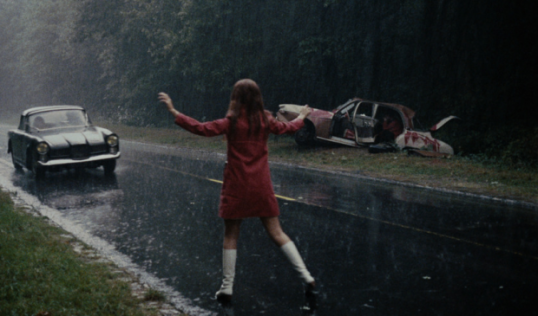 I took this at the Dallas Arboretum.

No More Mr. Nice Guy was originally written for Wes Craven’s Shocker, a movie about someone who was never a nice guy.  The video pays homage to the film’s electric chair-inspired plot.  This video was directed by Penelope Spheeris, who is best known for Wayne’s World and The Decline of Western Civilization trilogy.