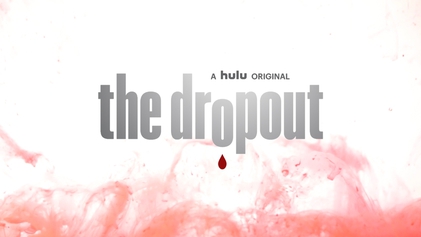 Who was Elizabeth Holmes?

Was she an idealist who got in over her head and ended up cutting corners with the best of intentions?

Was she a con artist who simply lied for the money?

Was she the abused and manipulated partner in a crime that masterminded by Sunny Balwani?

Or was she a sociopath who was simply incapable of feeling any empathy for the people that she manipulated and, in some cases, destroyed?

That’s the question that’s been at the heart of the first five episodes of The Dropout.  It’s also a question that the show’s version of Elizabeth Holmes (played, brilliantly, by Amanda Seyfried) is struggling with.  One gets the feeling that she herself doesn’t full understand what’s going on inside of her head.  For the first half of the episode 5, Holmes is an almost sympathetic character.  Still desperate for Sunny’s approval and seemingly convinced that Theranos can come up with some magic spell that will actually make the Edison work, Elizabeth comes across as being more self-delusional than malicious.  For the first half of the episode, it’s like we’re watching the socially awkward but earnest Elizabeth who we first met at the beginning of the series.  At her uncle’s funeral, she asks her mother if she ever had any hobbies when she was younger and her mom can only list several competitive activities that Elizabeth took part in.  But, as becomes clear, Elizabeth never did anything just for fun or just for enjoyment.  Instead, everything the she’s always done has been a part of an obsessive need to not only prove her own abilities but to also prove that she’s superior to other people.

Perhaps this strange mix of a grandiose self-image and gnawing insecurity is why she simply cannot bring herself to settle the lawsuit that’s been brought against her by Richard Fuisz (William H. Macy).  Instead, with the help of her newest mentor, George Shultz (Sam Waterston), Elizabeth brings in David Boies (Kurtwood Smith).  Boies is one of the leading lawyers in the United States.  Before getting involved with Theranos, Boies tried to put Al Gore in the White House.  After his involvement with Theranos, Boies tried to keep Harvey Weinstein out of jail.  Boies failed on both accounts but he was far more successful when it came to battling Fuisz’s lawsuit.  One of the key scenes in the episode comes when Schultz mentions that he and Boies are on different sides politically but that they’re willing to come together to protect Theranos.  It doesn’t matter that Schultz is a Republican and Boies is a Democrat.  What matters is that they’re both a member of the elite and Theranos, with its prestigious board of directors, is now a part of the elite as well.  Richard Fuisz, with his terrible haircut and his excitable manner, is far too gauche to be allowed to defeat Theranos.

Indeed, Elizabeth spends most of this episode worrying about the lawsuit and also what might happen if Ian Gibbons (Stephen Fry) is called to testify.  Gibbons’s name is on all of Theranos’s patents, along with Elizabeth’s.  Gibbons is perhaps the one person who can testify that Elizabeth had nothing to do with designing any of Theranos’s equipment.  When we first see Theranos’s legal team pressuring Ian to sign a statement saying that, as an alcoholic, he can’t testify, we’re left to wonder whether the team is working at the direction of Sunny, Boies, or Elizabeth.  When Ian points out that signing such a statement will end his career, no one seems to care.  Ian Gibbons goes home, plays with his dogs, listens to his favorite opera, says goodnight to his wife, and then kills himself.

Elizabeth’s reaction to Ian’s death tells us all we need to know about her and it pretty much erases whatever sympathy we may have had for her.  She’s a bit like a robot, trying to generate the “right” emotions but not quite sure the proper way to do it.  When told that Ian is dead and that the lawsuit is apparently dead as well, Elizabeth focuses on the finger puppets that she wants to stock in the Theranos Wellness Centers.  The puppets are for children to wear after getting their finger pricked but they’re also a part of Elizabeth’s fantasy world, a world where Theranos will be fine and she’ll be as famous and beloved as Steve Jobs.  And if that means that the Edison had to be built with technology with Sunny stole from another company, so be it.

The episode ends with Brendan (Bashir Salahuddin) quitting the company and George Schultz’s nephew, Tyler (Dylan Minnette), starting his first day.  Using her fake voice, Elizabeth gives a speech to her cult-like employees.  She talks about her uncle’s death and how it effected her and we know that it’s all a lie but Elizabeth sells it.  The only disconcerting note comes from Sunny, who can’t stop himself from casually threatening to fire anyone who doesn’t share Elizabeth’s version.  They’re a team.  Elizabeth knows how to sell Theranos.  Sunny knows how to terrify anyone who asks too many questions.

This was the first episode of the series to not be directed by Michael Showalter.  Instead, it was directed by Francesca Gregorini and there are a few scenes where you really do miss Showalter’s ability to balance the absurd with the dramatic.  That said, this episode worked due to the performances of not only Seyfriend and Naveen Andrews but also William H. Macy, Kurtwood Smith, and especially Stephen Fry.  Fry especially broke my heart, even though I knew enough about the real story of Theranos that I already knew that Gibbons was going to take his own life.  Still, Fry plays the role with such a wounded dignity that you are left with no doubt that Gibbons was the last of the true believers.  He gave his life for Theranos and, in the end, Theranos gave him nothing in return.

The episode ends with Richard calling Phyllis Gardner (Laurie Metcalf), who was last seen telling a very young Elizabeth that there was no way to make the idea behind Theranos a reality.  Phyllis tells Richard that Elizabeth is a fraud.  And I have to admit that, as a viewer who had just spent 50 minutes with Elizabeth Holes and Sunny Balwani and David Boies, it was nice to hear someone come straight out and say it.

Next week, Tyler Schultz starts working at Theranos and he discovers that everything is not as it seems!  It’s the beginning of the end for Theranos and I’m looking forward to watching it all come down. 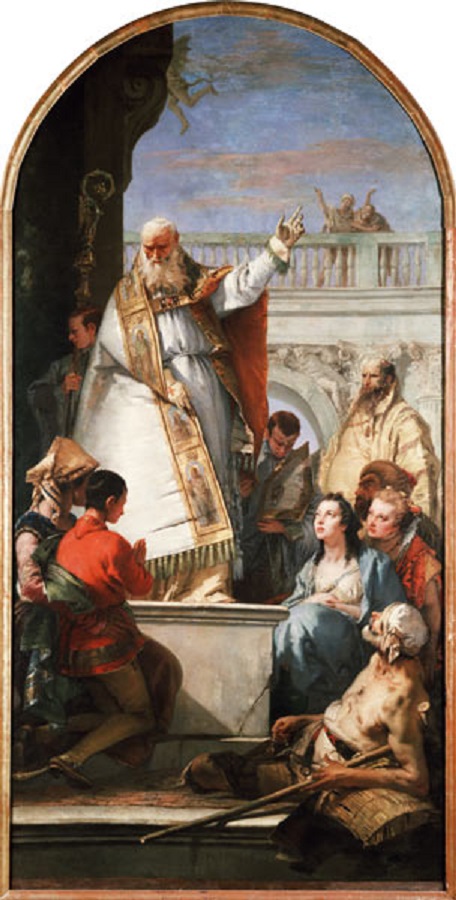 Ever since it was first released and this video first aired on MTV, Jump Around has been one of the unofficial anthems of St. Patrick’s Day.  The video was so popular that many people continue to associate both the song and House of Pain with Boston’s Irish community, despite the fact that the band was from Los Angeles and only two members were of Irish descent.