Galactus has always been one of my favorite Marvel characters and it’s a shame that his only film appearance was botched in 2007’s Fantastic Four: Rise of the Silver Surfer.  Now that the Fantastic Four are once again free to be a part of the MCU, my sincere hope is that we’ll get a worthy Galactus film.  If Marvel Studios could bring Thanos to life, why not the Planet-Eater?

Below is Galactus (and the Silver Surfer) as imagined by Alex Ross.  All four of these images are from Marvels #3 (March 1994) and they really capture Galactus in all of his glory. 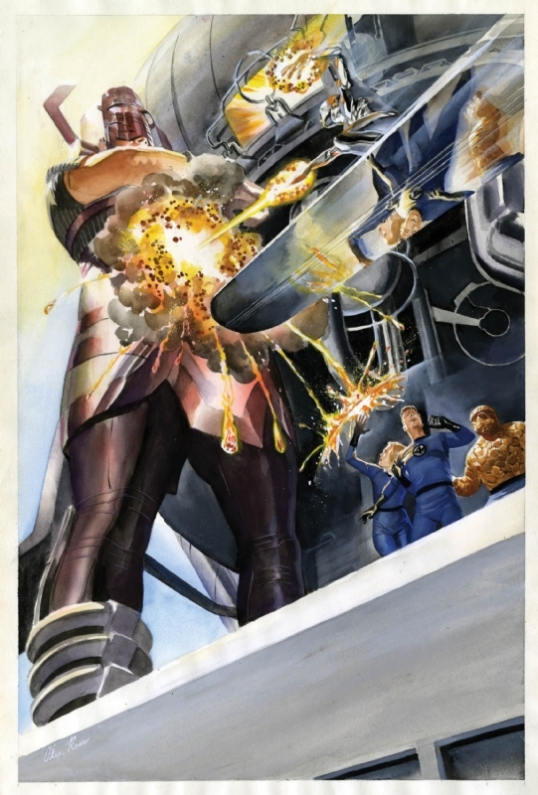 Hopefully, the next time Galactus appeared in a film, he’ll be as impressive as he was here.

7 responses to “Great Moments In Comic Book History #16: Alex Ross Captures Galactus In All His Glory”