With the Marvel Cinematic Universe about to enter it’s fourth phase and having said goodbye the majority of the Avengers, it’s time to really go through the Marvel vaults and give some consideration to some characters who may not be as well-known as Iron Man or Captain America but who still deserve their own shot at cinematic immortality.

Baron Ludwig von Shutpf made his first (and, to date, only) appearances in two issues of Marvel Team-Up.  In Marvel Team-Up #36, he kidnapped Spider-Man from New York and Frankenstein’s Monster from the antarctic.  In Marvel Team-Up #37, he summoned Man-Wolf to join them all in his castle.  Baron von Shtupf was the latest in a long line of mad scientists and he had come up with the perfect plan for world domination.  Why not take three great monsters and combine them into one big monster?  It seemed like a good plan but Spider-Man, Man-Wolf, Frankenstein’s Monster, and an Agent of SHIELD named Judith Klemmer stopped him and left him tied up in his study.

The Baron would never appear again in the pages of Marvel Comics, which is amazing when you consider that even a character like the Living Eraser made a handful of appearances over the years before being permanently erased.  Was it because Baron von Shtupf’s name sounded suspiciously like a certain Yiddish vulgarity?  Perhaps.  Not bringing back Baron von Shtupf is a waste of a perfect good character so how about, Disney?  How about a little love for the Monster Maker?  Just imagine what Christoph Waltz could do with the role. 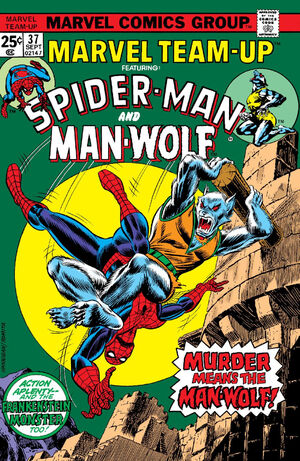 The main reason that I remember the Monster Maker is because, when I was seven years old, I found a copy of Marvel Team-Up #36 at a garage sale and I got excited because The Frankenstein Monster was on the cover.  My mom bought it for me.  When I got home, I read the comic and I was stunned to discover that it ended with a “to be continued” right after Spider-Man and the Monster discovered the Man-Wolf waiting for them in the Baron’s laboratory.  (This was when I was still too young to understand that all comic books ended with a “to be continued” because that was the easiest way to get kids like me to spend my allowance on them.)

I spent years searching for a copy of Marvel Team-Up #37 so I could find out how the story ended.  It was not until twelve years later, when I came across it on Ebay, that I was finally able to get a copy of the second part of the Monster Maker saga!  For that reason, I have never forgotten Baron von Shtupf and I guess I never will. 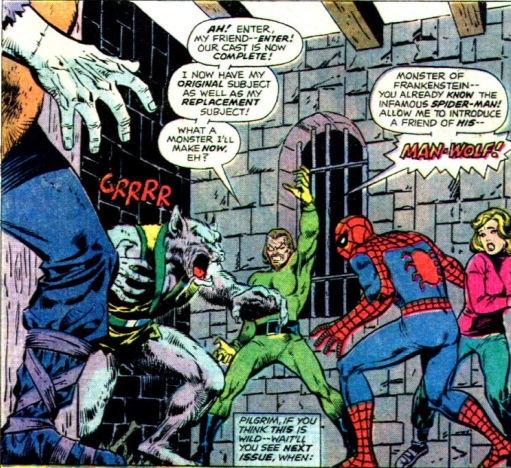 “Once Upon A Time In A Castle” and “Snow Death”