Who was Steve Harragan?  He was a hardboiled private investigator who was the main character of a handful of paperback detective novels that were all published in 1952 and 1953.  Though his adventures were not much different from those of any other P.I. of the pulp era, Steve Harragan has a cult following for two reasons.

Secondly, Steve Harragan the Detective only has one eye.  In almost every cover, he’s featured wearing an eye patch.

Here are a few of the Steve Harragan covers.  As always, the artist has been identified when known: 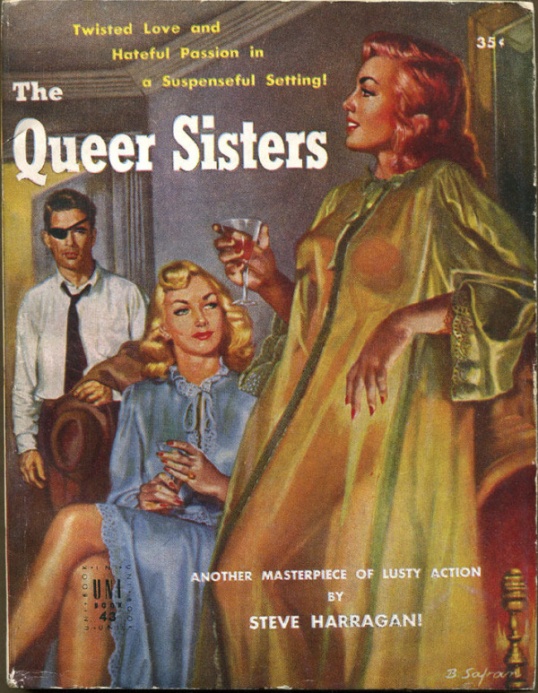 Author unknown. I’m not sure which one of these men is meant to be Harragan but you’ll notice that the eyepatch got left out of this cover.