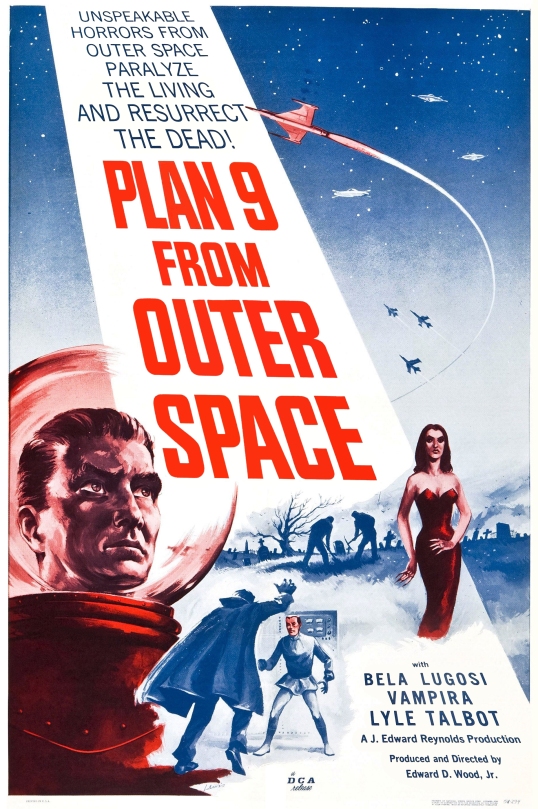 I’m disappointed to say that, for whatever reason, YouTube has been yanking down all of the Plan 9 From Outer Space videos that used to be available on the site.  That’s just strange to me.  From what I’ve heard, it’s for copyright reasons.  The people who currently have the rights to Wood’s films are very aggressive about searching YouTube for any unauthorized videos.  Ed Wood’s films are financially much more lucrative today than they were when he was alive, which is kind of depressing when you consider that Wood basically drank himself to death and died in total poverty.

That said, there was no way I was going to let Mr. Wood’s birthday pass without sharing at least one scene from Plan 9 From Outer Space!  So, in this scene, the flying saucers face the might of a lot of a stock footage.  Meanwhile, Tom Keene plays the colonel who casually watches the battle.  The narration, of course, is provided by the amazing Criswell!

It’s amazing how close we came to getting conquered.

2 responses to “Horror Scenes That I Love: The U.S. Army Takes On The Flying Saucers in Plan 9 From Outer Space”