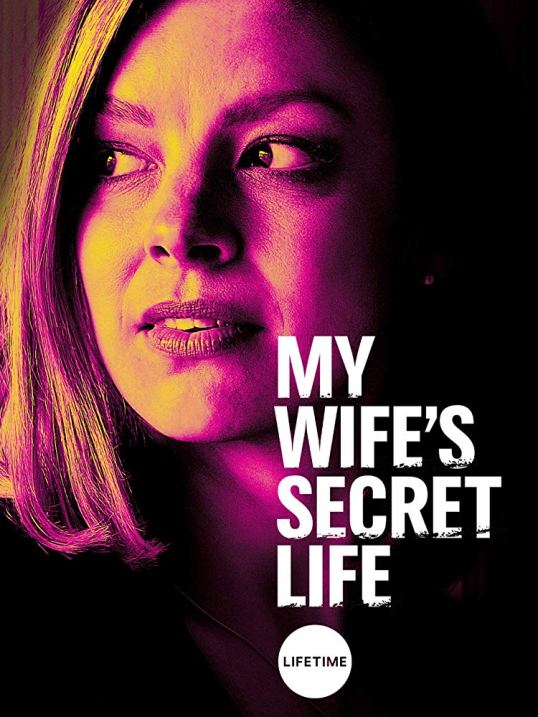 So, let’s say that your husband has cheated on you.

Now, obviously, the easiest thing to say is that you should just dump his ass but reality is always a bit more complicated.  The fact of the matter is that you’ve got two kids with him.  You two share a big suburban home.  He’s got a successful career as an attorney.  You’ve got a successful career of your own.  And he says that he’s sorry.  He says that he’ll never stray again.  Even if you’re not sure that you’ll ever be able to trust him again, you do love him.  So, you say that you forgive him.  You say that you’re giving him a second chance.  But the doubt and the pain still lingers.

What do you do?

How about having a one night stand with a near-stranger?

That’s what Laurel Briggs (Kate Villanova) does at the beginning of My Wife’s Secret Life.  She’s at a business conference.  Oddly, the hotel somehow screwed up her reservation and, as a result, she’s been separated from her colleagues.  She meets a handsome and charming man (Matthew McCaull).  One thing leads to another and Laurel ends up spending the night with this man.  (If you’re wondering why I’m not telling you the man’s name, that’s because he uses several over the course of the film).  That morning, when she leaves his hotel room, she makes it clear that she doesn’t want to see him again.  Laurel just wants to return home to her husband, James (Jason Cermak), and move on with her life.

Of course, this is a Lifetime movie so it’s not going to be that simple.  At first, Laurel’s one night stand doesn’t seem like he’s capable of taking the hint.  He’s the type of guy who shows up at your office unannounced and tries to guilt you into spending the day with him.  Then, eventually, he become the type of stalker who breaks into houses and leaves behind roses and poems by Lord Byron.  Soon, he’s not only stalking Laurel but he’s also pursuing a relationship with Laurel’s sister (Marnie Mahannah).

It turns out that our Lord Byron-obsessed stalker is more than just the typical type of obsessive who regularly shows up in Lifetime movies.  He’s got his own reasons for specifically targeting Laurel and her husband and it turns out that he’ll stop at nothing to accomplish his sinister goals….

Sounds pretty melodramatic, right?  Well, I supposed it is but that’s kind of the point.  I mean, that’s why we watch Lifetime films.  We watch them for the infidelity and the dangerous men who have secrets and the women who make one mistake and then have to spend the entire movie dealing with the consequences.  Enjoying a Lifetime film is all about embracing the melodrama and this is a film that cries out for a hug.  This is a film that celebrates everything that we love about Lifetime.  Director Jason Bourque keeps the action moving at an enjoyably quick pace and he’s aided by a cast who keeps the action grounded in reality.  Villanova and Cermak have exactly the right chemistry to be believable as a couple struggling to keep their marriage alive and Matthew McCaull is a wonderfully magnetic force of chaos and destruction.  It’s an enjoyable film and, since it’s a Lifetime film, it will probably be aired multiple times between now and 2021.  So, keep an eye out for it!


I like today’s music video of the day because it’s simple but atmospheric.  This video really is the dream of being an artist.  Spend your afternoon creating and editing and making your imagination come to life.  And, in between creating, watch a movie.  That was what I always dreamed my life would be like when I became an adult and …. well, I don’t really feel like an adult but still, I’ve got a nice little building in the back yard that I use as a personal office, I spend a lot of time writing, and I’ve always got a movie playing in the background.  It’s a good life.