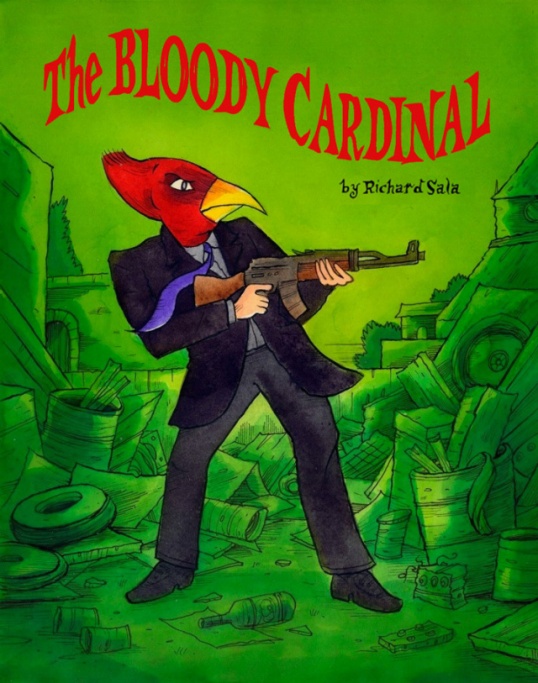 Some cartoonists are so good at “what they do” — at telling the kinds of stories that fit within a niche they’re not only carved out, but created from whole cloth, for themselves — that you feel no particular urge as a reader to see them “branch out” or “try something different” because there’s so much fertile ground waiting to be explored within the thematic and, dare I say it, philosophical territory that they already call their own. Kim Deitch springs immediately to mind here, of course, but so do names as historically and stylistically disparate as Jesse Jacobs, Mark Beyer, Joe Sacco, and Drew Friedman — and so does Richard Sala.

How long has Sala been at it now? Something like three decades? And yet he consistently finds ways to make his unique combination of Hitchcockian psychological thriller, Poirot-esque whodunnit, occult high weirdness, Samuel Beckett absurdism, and understated…

Brian Kelly (Christian Slater) is a California skater with a rebellious attitude and an adopted Vietnamese brother named Vinh (Art Chudabala).  When the movie starts, all Brian cares about is not selling out and finding empty pools to skate.  He even hires an airplane to fly him and his friends over Orange County so they can get a bird’s-eye view of the layout.  Vinh is more worried about his job with the Vietnamese Anti-Community Relief Fund.  The fund has been set up to send medical supplies to Vietnam but, when Vinh comes across a discrepancy in the shipping records, he realizes that something else is going on.  When Vinh turns up dead in a hotel room, everyone else may believe that it is suicide but Brian knows that his brother was murdered.  With the help of his fellow skaters and a sympathetic cop (Steven Bauer), Brian sets out to bring his brother’s killers to justice.

I was surprised when I watched Gleaming the Cube because it turned out to be much better than I was expecting.  The movie is justifiably best known for its skating sequences, which were shot by Stacy Peralta and which featured pro-skaters Mike McGill, Rodney Mullen, and Gator Rogowski doubling for Slater in some of the film’s more spectacular stunts.  (Tony Hawk plays one of Slater’s friends.)  Slater, himself, learned how to skate for the movie and looks far more comfortable and natural on his board than Josh Brolin did in Thrashin’.  Beyond the spectacular skating, Gleaming the Cube is energetically directed and surprisingly well-acted.  A pre-stardom Christian Slater gives one of his best and most natural performances as Brian, playing the role without any of the tics or affectations that later came to define his career.  Of its type, Gleaming the Cube is a classic.


I wanted to do a different music video today, but it’ll have to come in the following days due to health issues. On the upside, those health issues might have left another music video with Harry Dean Stanton in it go unfound. Or is that a downside? Yes, I found another one, and I’ll take it as a good thing.

Anyways, this time we get bootlegger-Stanton.

We get to see him travel around following Dylan to bootleg his songs. 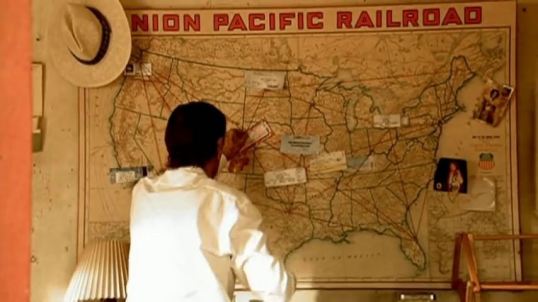 I think it’s clever the way they did this video. According to Wikipedia, it did get an official release:

It was originally recorded to be on the 1997 album Time Out Of Mind. You remember Time Out Of Mind, right? That was the album that took Dylan to the Grammy Awards so he could meet the “Soy Bomb”-guy. I’ll always remember that one. The song wasn’t included on the album. It must of leaked out because people had access to it regardless. Cut to almost 10 years later, and Dylan decided to not only release it on an album and call it part of “The Bootleg Series”, but a video was made chronicling the hard life of an old bootlegger.

You’ll notice that Dylan only appears in some grainy stock footage. There’s a comment on YouTube that covers that bit:

A friend of mine called and asked if I wanted to work on a Bob Dylan music video. I said absolutely! However, once we got out to the desert in Palmdale, CA  I said where’s Bob? My buddy said “Dylan, isn’t exactly in the video. The video is a  concept about an old music bootlegger played by Harry Dean Stanton. Bummer. Harry Dean was a trooper, because it was brutally hot at almost 100 degrees. At the end of the day, Harry got on the guitar and played a Mexican folk ballad. He said “film this and send it to Bob.”

I love that story.

This might be my favorite one of the Harry Dean Stanton videos so far. We see this isn’t just a bootlegger. He is a fan who treasures Bob Dylan’s material, would love to be able to play like him, and is so obsessed with Dylan that he appears to have made it his life’s work to make sure not a performance or song is lost to the wind.

As for the album shown at the end, apparently they tried to charge people $18.99 for the two-CD set and the three-CD version for $129.99. Yes, because that’s how to encourage your fans to buy the official release instead of procuring a pirated copy–price gouging.