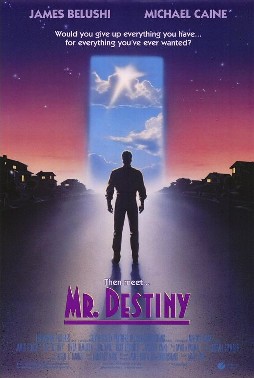 When did your life first start to go downhill?

Larry Burrows (James Beluhsi) is convinced that, if he had not struck out while playing in the state high school baseball championship when he was 15, his life would have turned out so much differently.  He would be a success, instead of a mid-level executive with money problems, a dissatisfied wife, Ellen (Linda Hamilton), and a weird best friend (Jon Lovitz, of course).  On Larry’s 35th birthday, Michael Caine shows up as Larry’s guardian angel and, before you can say “George Bailey,” Larry is transported to an alternate timeline where he won that baseball game and got everything that he wanted.  Now, Larry has a big home, a sexy wife (Rene Russo), and a sexy mistress (Courtney Cox).  But he doesn’t have Ellen and Larry realizes that this all he ever wanted in the first place.

1990 was a busy year for Jim Belushi, starring in both this and Taking Care of Business.  Of the two films, Mr. Destiny is marginally better.   The story itself is predictable and the film makes a big mistake by trying to get dramatic during the final act.  (Everyone knows that Larry’s rival at the compamy is sleazy because he is played by Hart Bochner and everyone remembers Die Hard.  There was no need to turn him into a murderer, even if it was in a parallel universe.)   However, Michael Caine has the ability to make even the worst dialogue sound good.  Belushi is relatively restrained and any film that features Rene Russo, Courtney Cox, and Linda Hamilton can’t be all bad.   Mr. Destiny is forgettable but inoffensively entertaining. 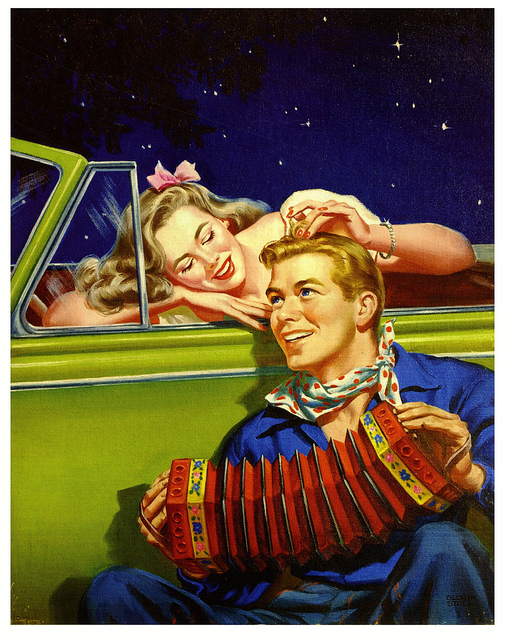 
Is there a single one of these videos that doesn’t have Harry Dean Stanton playing a sad looking old man? 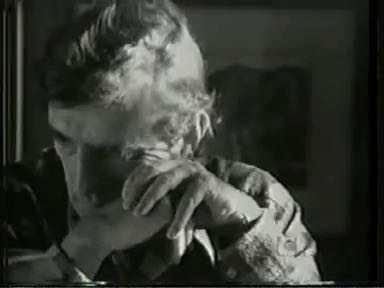 Spoiler! There’s only one that I can find.

This time around we see Stanton hanging around a black-and-white house with a dog and a fiddle. 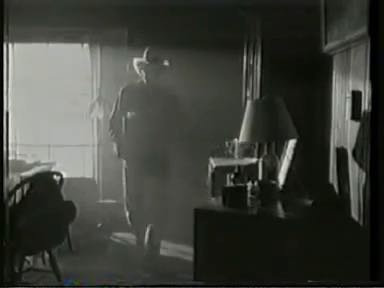 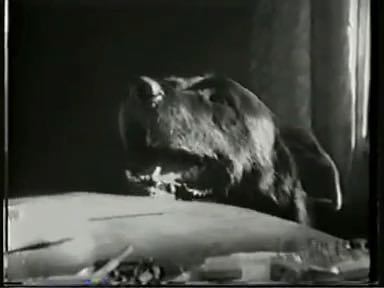 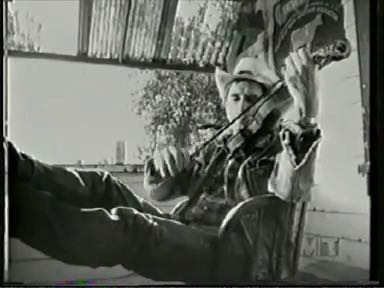 While Stanton goes about his normal routine, we see Dolly Parton, Linda Ronstadt, and Emmylou Harris in color as ghosts trolling Stanton. I wonder if this was for the same reason that Bob Dylan wasn’t in the Bob Dylan video that stars Stanton. 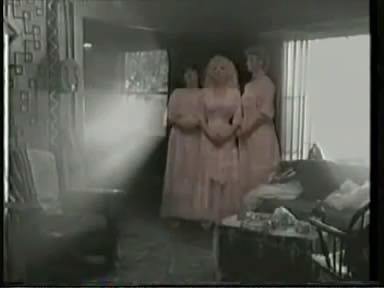 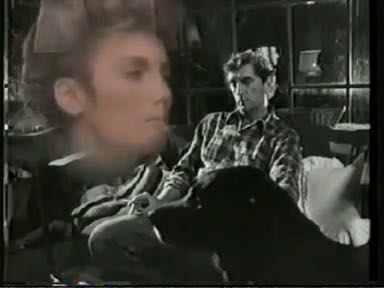 Stanton still finds a way to have some enjoyment by doing a bit of Gene Kelly mop/broom dancing from Thousands Cheer (1943). 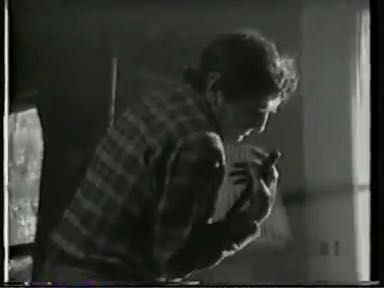 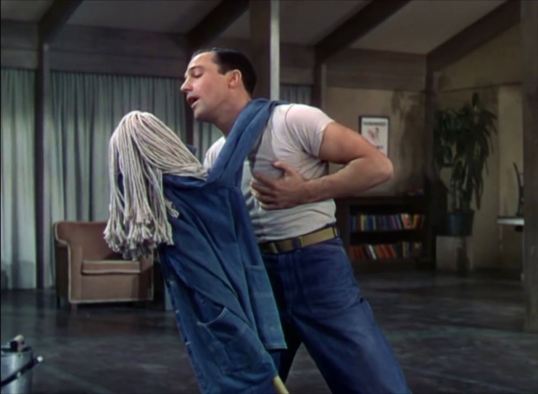 That’s really all there is to the video. It has Stanton and it’s a nice recognizable Country song. Stanton does a fine job as always. I kind of like the idea of Parton, Ronstadt, and Harris being ghosts even if I can’t keep myself from wondering if the video is this way because they couldn’t get them in the same room together. It works anyways.

Unlike almost any video I cover, this one comes with credits. 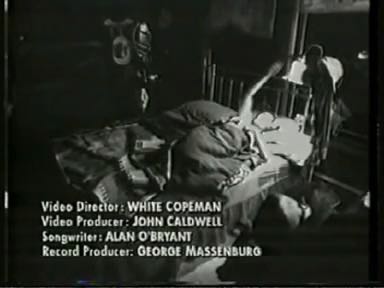 I can’t find anything about White Copeman except that he seems to have directed at least one other video for Dolly Parton.

There’s a little more information on producer Caldwell. He and his wife sold a house in Venice, Los Angeles back in 2014 for about 2.56 million dollars. I can also find some scattered mentions of him online that amount to the fact that he works as a music video producer. There are at least producing credits on three videos and graphics work on another one.