Professor David Sokarev (Rod Steiger) is a nuclear physicist who is scheduled to give a lecture in London.  When he is informed by Mossad that a Palestinian splinter group is planning on assassinating him, Sokarev wants to cancel his trip.  However, the Israeli government insists that he go to London and put his life in danger.  To do otherwise would only serve to embolden the terrorists.  Accompanied by two Mossad bodyguards, Sokarev reluctantly leaves for London.

Three Palestinians are intercepted as they attempt to sneak into England.  Two of them are killed but the youngest, Famy (Gary Brown), survives and makes his way to London.  He meets up with McCoy (Aaron Harris), a world-weary member of the Irish Republican Army.  Though McCoy would rather just spend his time with his innocent girlfriend, Norah (Sallyanne Law),  he has agreed to help the Palestinians but is shocked to discover that Famy is so inexperienced that he doesn’t even know how to drive.

The head of MI5, Mr. Jones (Alfred Burke), is tasked with keeping Prof. Sokarev safe.  He recruits Jimmy (Anthony Perkins), a retired agent.  Jimmy once saved Jones’s life but now he is an alcoholic and is considered to be unpredictable and insubordinate.  Once Jimmy comes out of retirement, Jones worries that Jimmy is so obsessed with violence that he’s willing to use Sokarev as bait to draw out the terrorists.

The Glory Boys was originally a three-part miniseries that was made for Yorkshire Television.  It was later re-edited into a 104 minute movie that was released in the United States.  Even late into the 1990s, it was not unusual to come across the edited version of The Glory Boys on late night television.  Based on a novel by Gerald Seymour, The Glory Boys holds up well and the issues that it raises, about how far the government should go to battle terrorism, remain relevant today.  Rod Steiger brings a lot of dignity to the role of Sokarev and Joanna Lumley has a small role as Jimmy’s girlfriend.  But ultimately, the main reason to see The Glory Boys is because of the strange casting of Psycho‘s Anthony Perkins as a British intelligence agent.  Perkins’s accent is dodgy but his jittery persona works surprisingly well for the role.  Jimmy (Is the name meant to be a swipe at the infallible persona of James Bond?) is ruthless, paranoid, and possibly sociopathic, which makes him perfect for intelligence work but worthless for almost every thing else. 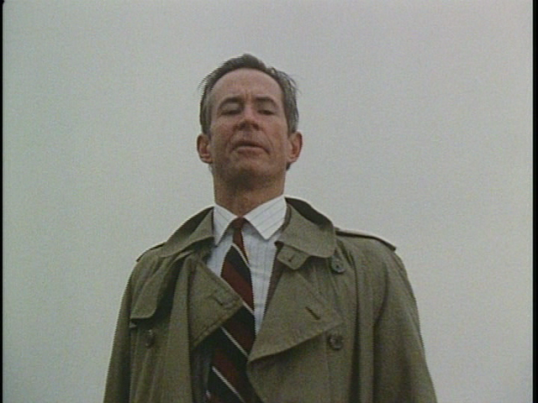