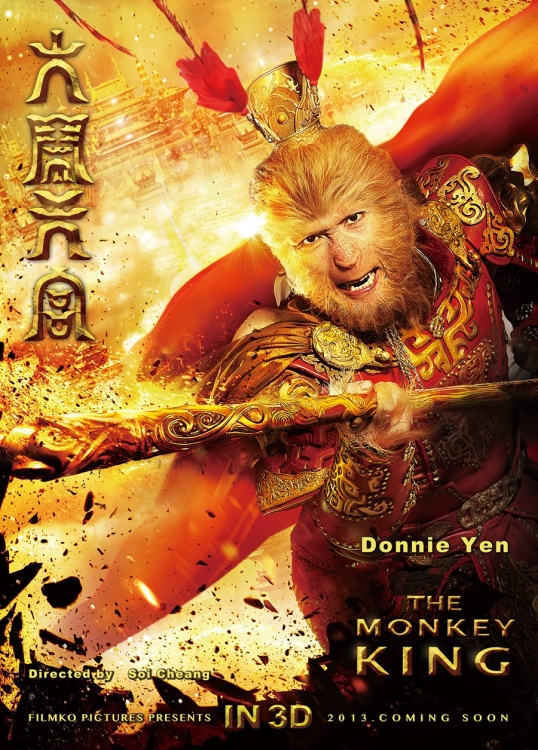 One of my guilty pleasure films of the past 20 years was this little martial fantasy flick called Storm Riders. I think most everyone of my generation who heard about it ended up seeking it out.

I have a feeling the same thing will happen for this latest generation when they hear whispers and ever-growing tales of Donnie Yen’s The Monkey King. It has Yen in heavy make-up to look ike The Monkey King from the classic Chinese novel Journey to the West. It has Chow Yun-Fat as the Jade Emperor. What else does one need. Plus, it’s in IMAX 3D!

The Monkey King has been given a September 14, 2014 release date for North America