For today’s entry in the 44 Days of Paranoia, we take a look at the 1969 political thriller, Z.

Though Z is based on events that actually happened in Greece and features a  soundtrack of Greek music that manages to be both haunting and lively at the same time, the film itself takes place in an unnamed, European country.  While the country is officially a democracy, it’s actually controlled by a cabal of politicians and military leaders who use fear and intimidation to maintain power.

As the film opens, The Deputy (played by the charismatic Yves Montand) and his aides arrive in a small city.  That night, the Deputy is scheduled to speak a rally for nuclear disarmament.  As we’re shown from the start of the film, the outspoken Deputy is considered to be a threat by both his country’s government and the United States as well.  Despite having received word that an attempt is going to be made on his life, the Deputy speaks at the rally.  After the rally, as the Deputy walks across the street, a truck comes out of nowhere.  A man in the back of the truck strikes the deputy with a club, killing him.  The official story is that the Deputy was simply hit and killed by a drunk driver but the Deputy’s followers know otherwise.

Realizing that the Deputy has the potential to be an even more powerful symbol in death than he was when he was alive, the government assigns the Magistrate (Jean-Louis Trintignat) to investigate the Deputy’s death.  Since the Magistrate is known to have political ambitions of his own, it’s assumed that he’ll simply rubber stamp the government’s story.  However, the Magistrate surprises everyone by turning out to be a man of integrity.  Working with a journalist (Jacques Perrin), his investigation uncovers a conspiracy and leads to the indictment of several high level military officials.  In a scene that will be familiar to anyone who has ever seen a movie, the Deputy’s wife (Irene Pappas) is told that the men responsible for her husband’s murder will be held responsible…

And this is where you would normally expect the film to end.

However, Z goes on for another few minutes and it’s those final minutes that elevate this film from just being a well-made thriller to being one of the most effective political films ever made.  The film’s narrator informs us that the government was subsequently overthrown by the military.  The indictments were dismissed.  The Magistrate was reassigned to other duties.  The “drunk drivers” who were officially held responsible for the Deputy’s death were given light sentences.  As for the Deputy’s loyal aides, some were forced into exile while another was killed while running from police.  Finally, we’re told:

As the film ends, a long list of everything and everyone that has been banned rolls up the screen.  It’s a devastating scene, one that firmly establishes that the greatest enemy of dictatorship (as well as the first victim) is freedom of thought.

However, even before that ending, Z had already established itself as a powerful film.  I usually dread watching politically themed films because, for the most part, I find them to be drearily heavy-handed.  Well, make no doubt about it,  Z is a very political film and it’s also a very heavy-handed film.  However, it’s so well-acted and well-directed that I hardly minded the fact that the film was essentially trying to indoctrinate me.  It’s rare that you find a polemical film that also works as entertainment but Z is one of those rare films.

Z made history in 1970 when it was the first film to be nominated by the Academy for both Best Foreign Language Film and Best Picture of the Year.  Watching it today, it’s easy to understand why Z was so honored.  It remains an exciting thriller, a powerful political statement, and a bold call to action.

Other Entries In The 44 Days of Paranoia 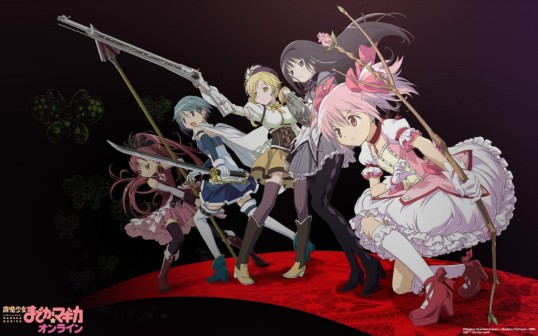 I think it’s not a secret that the anime series (and now the three films) Puella Magi Madoka Magica is one of my favorite anime. It’s not just me who has a major fondness for this anime. Site anime editor pantsukudasai56 also shares my passion for this series. Over a couple years ago I profiled several AMVs featuring this series. One of them was Chiikaboom’s Devil’s Game.

That very same editor decided to go back and re-edit the AMV using scenes from the series and the three films and what we get is a vast improvement over a video that was already a classic in the AMV scene. The animation from the films are much more crisp and the detail shows from the increased budget.

This “Devil’s Game 2.0” has now become one of my top AMVs ever and I’m sure I’m not the only one who feels this way.

Song: “A Demon’s Fate” by Within Temptation

Hi!  It’s time for another edition of Lisa Marie’s Favorite Grindhouse and Exploitation Film trailers!  This week, all of our trailers have one thing in common: they’re all too hot for YouTube!

A special thank you to Johnny Stanwyck for uploading these trailers to YouTube.  You can check out Johnny’s site, The Grindhouse Schoolhouse, by clicking here.