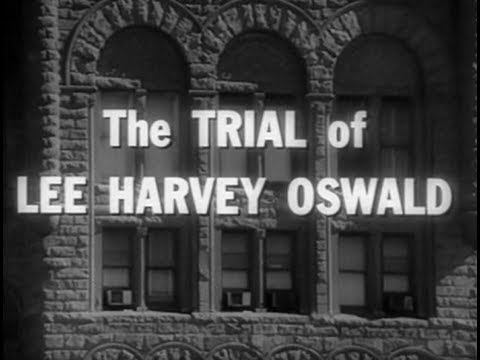 Today has been a strange day to live and work in Dallas, Texas.  It is, of course, the 50th anniversary of the day that President John F. Kennedy was assassinated in my hometown.

As I mentioned in my review of Executive Action, those of us who live in Dallas are still expected to live in the shadow of something that happened before a lot of us were even born.  Today, the city of Dallas did everything that it could to embrace that shadow.  Despite the fact that it was cold and rainy today, a lot of people attended the memorial ceremony at Dealey Plaza.  (Despite the weather, nobody was allowed to open an umbrella during the ceremony.  Having been raised Catholic, I appreciate a little self-punishment as much as the next girl but considering how bad the weather  was, it all seems a bit much to me.)  One of the local talk radio stations spent today rebroadcasting all of its programming from November 22nd, 1963.  I guess the idea was to give people a chance to experience a terrible day in real time.  That seems a bit creepy to me but it does illustrate just how much the Kennedy assassination continues to overshadow life here in Dallas.

Considering just how much my city is identified with it, it’s perhaps appropriate that the very first film ever made about the Kennedy assassination was made by a Dallas filmmaker, the infamous Larry Buchanan.  As a filmmaker, Buchanan specialized in exploitation films that claimed to either be ripped-from-the-headlines or were presented as being lurid dramatizations of real-life events.  Hence, it’s not surprising that, in 1964, Buchanan gathered together a group of local (and obscure) Dallas actors and filmed The Trial of Lee Harvey Oswald.

The eyes of a killer?

The Trial of Lee Harvey Oswald takes place in an alternative reality in which Lee Harvey Oswald was not murdered by Jack Ruby and, instead, actually stood trial for the assassination of John F. Kennedy.  The prosecution pretty much presents the case that was made by the infamous Warren Commission.  The defense argues that the evidence against Oswald is circumstantial and that, even if Oswald did fire the fatal shots, he should still be found “not guilty for reason of existing insanity.”  The film’s audience is meant to serve as the trial’s jury.

As I watched this film, two things stood out for me.  One is the fact that Buchanan never allows us to get a good view of the defendant.  Instead, we simply see his eyes.  While this was probably due to the fact that actor Charles Mazyrack didn’t bear a strong resemblance to the real-life Oswald, it’s still an occasionally striking effect that allows the character to remain a troubling enigma.

Secondly, and this surprised me as a contemporary viewer, next to no accusations of conspiracy are made during the trial.  There’s no talk of the grassy knoll or the military-industrial complex or any of the other things that one naturally expects when it comes to a film about the Kennedy assassination.  Instead, The Trial of Lee Harvey Oswald is based solely on the information that was available to the general public in 1964.  As such, it remains an interesting historical document, a chance to get a genuine look at what people actually knew and thought in the days immediately following the Kennedy assassination.

When Larry Buchanan died in 2004, The New York Times summarized his career as follows: “One quality united Mr. Buchanan’s diverse output: It was not so much that his films were bad; they were deeply, dazzlingly, unrepentantly bad.”  For the majority of Buchanan’s films, that’s true but it’s not exactly true for The Trial of Lee Harvey Oswald.  Considering that  Buchanan is best remembered for directing a film called Mars Needs Women, The Trial of Lee Harvey Oswald feels almost respectable.

In fact, the film is a bit too respectable.  The dialogue and direction are often rather dry and the mostly amateur cast alternates between overacting and not acting at all.  If there was ever a film that could have benefited from some ludicrous melodrama, it’s this one.

That said, I enjoyed The Trial of Lee Harvey Oswald because I’m a history nerd and, if nothing else, this film remains an interesting historical curio.   As well, it was filmed on location in Dallas and I can’t complain about any film that features a close-up of my favorite downtown building, the old red courthouse.

7 responses to “44 Days of Paranoia #5: The Trial Of Lee Harvey Oswald (dir by Larry Buchanan)”