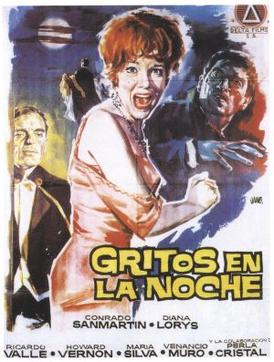 For today’s horror scene that I love, I present to you the opening of Jess Franco’s 1962 film, The Awful Dr. Orlof.

Franco doesn’t have the best critical reputation but I’ve always felt that, when he wanted to and actually had the time and the budget, he was capable of directing some memorably surreal scenes.  The opening of The Awful Dr. Orlof is full of atmosphere and sudden horror.  It plays out like a dream of dark and disturbing things.  Franco often claimed to a disciple of Orson Welles (and Franco reportedly did do some second unit work on Chimes At Midnight) and the opening of Dr. Orlof, with its shadowy cinematography and its skewed camera angles, does definitely show some Wellesian influence.

One response to “Horror Scenes I Love: The Opening of The Awful Dr. Orlof”