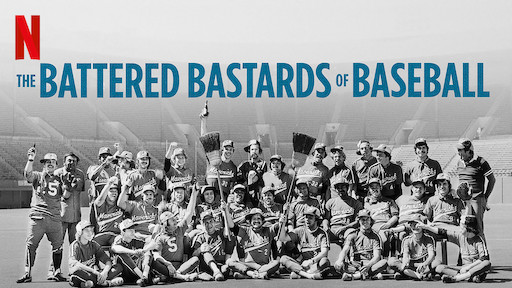 If you’re like me and you’re already missing baseball, I recommend watching a documentary called The Battered Bastards of Baseball.

In 1972, Portland, Oregon lost their minor league baseball team when the Portland Beavers abandoned the city in order to become the Spokane Indians.  At the same time, actor Bing Russell, a former minor leaguer and the father of Kurt Russell, had grown tired of Hollywood and was looking to get back into baseball.  Relocating to Portland, Russell announced that he was going to start his own independent minor league team, the Portland Mavericks.

At first, no one took the Mavericks seriously.  Because they weren’t affiliated with a major league team, the Mavericks roster was largely made up of misfits and rulebreakers, many of whom had been released from other organizations and who had been blacklisted from the major leagues.  On average, most of the Mavericks players were older than the average major leaguer.  Many of them were players who were looking for one last shot at glory and Bing refused to cut any of them because he felt that that they deserved that chance.  When the skeptical media asked Bing what the Mavericks were going to offer that other baseball teams couldn’t, he replied, “Fun.”

And he delivered.  From 1973 to 1977, the Mavericks played exciting baseball, won divisional and league titles, and, most importantly, they put on a good show.  Playing mostly for the love of the game (because Russell never had much money to spend on salaries), the Mavericks reminded people of what baseball was all about.  They pulled off amazing plays on the field while their off-field antics were legendary.  The Mavericks played baseball the way that people wanted to see baseball played, with one manager living every fan’s dream by punching an umpire.

The Battered Bastards of Baseball tells the story of the Mavericks and Bing Russell.  It features archival footage of the Mavericks at play, along with interviews with people like Kurt Russell, who briefly played for the Mavericks and then served as one of their vice presidents.   The documentary pays tribute to the players who never gave up, the fans who eventually welcomed them to a new town, and most of all to the vision and determination of Bing Russell.  Even while Bing was bringing the fun back to baseball, he was also breaking down other barriers by hiring professional baseball’s first female general manager, as well as the first Asian American general manager.

Most importantly, though, The Battered Bastards of Baseball reminds us of why people love baseball in the first place.  It celebrates the game, the players, and most of all the fans.  It’s a documentary that will just leave you in a good mood.  That’s something we all could use! 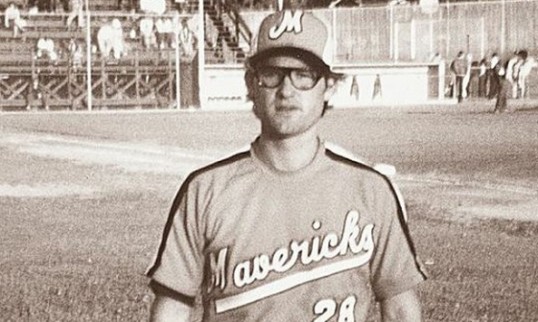 Kurt Russell as a Maverick

One response to “The Battered Bastards of Baseball (2014, dir. by Chapman Way and Maclain Way)”