95 years ago today, Paul Newman was born in Shaker Heights, Ohio.  He would go on, of course, to become one of America’s greatest film stars, an acclaimed actor who was active from the mid-part of the 20th century to the beginning of our current century.  He made his film debut in 1954 with The Silver Chalice (and subsequently paid for an ad in which he apologized for his performance in the film, which I think was a bit unnecessary as he wasn’t really that bad in the film) and he made his final onscreen appearance in 2005 in Empire Falls.  (He did, however, subsequently provide the voice of Doc Hudson in Cars, along with narrating a few documentaries.)  Time and again, he proved himself to be one of the best actors around.  According to most report, he was also one of the nicest.  When he died in 2008, the world mourned.

In honor of his cinematic legacy, here are…. 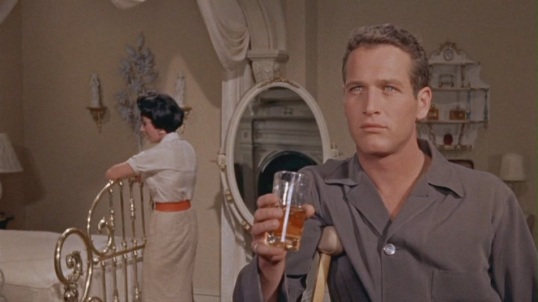 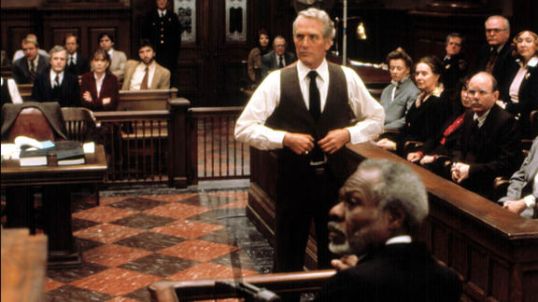 The Hudsucker Proxy (1994, dir by the Coen Brothers)

One response to “4 Shots From 4 Paul Newman Films: Cat On A Hot Tin Roof, Cool Hand Luke, The Verdict, The Hudsucker Proxy”