Johnny Dekker was a private investigator who starred in 13 pulp paperbacks in the late 40s.  Though the paperbacks were published in Britain, they were written in the “American style” and one thing that is obvious from looking at the covers is that Johnny was good with a gun and always had a femme fatale nearby.

Though he wasn’t credited on the covers, the Johnny Dekker novels were written by British comic book artist, Mick Anglo.  Anglo was unique in that he not only wrote the paperbacks but he also drew the covers as well.  Here, courtesy of the imagination of Mick Anglo, are some of the many adventures of Johnny Dekker.  My personal favorite is Nuts To Nylon: 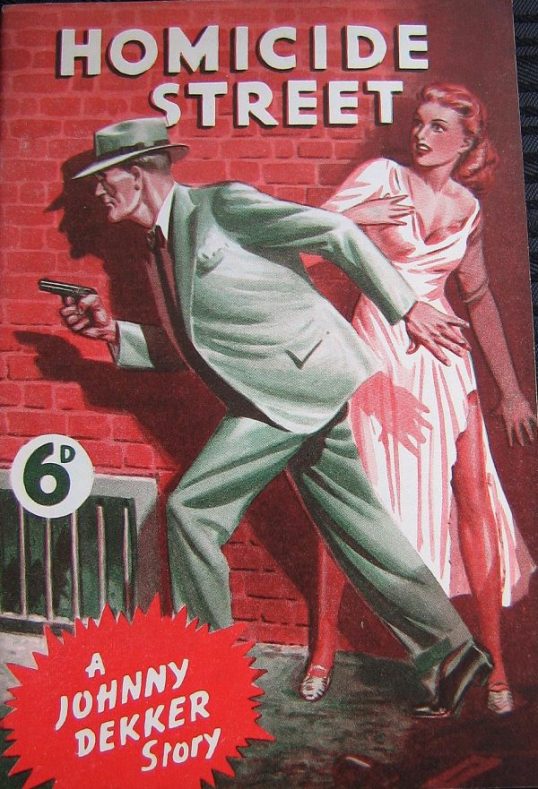 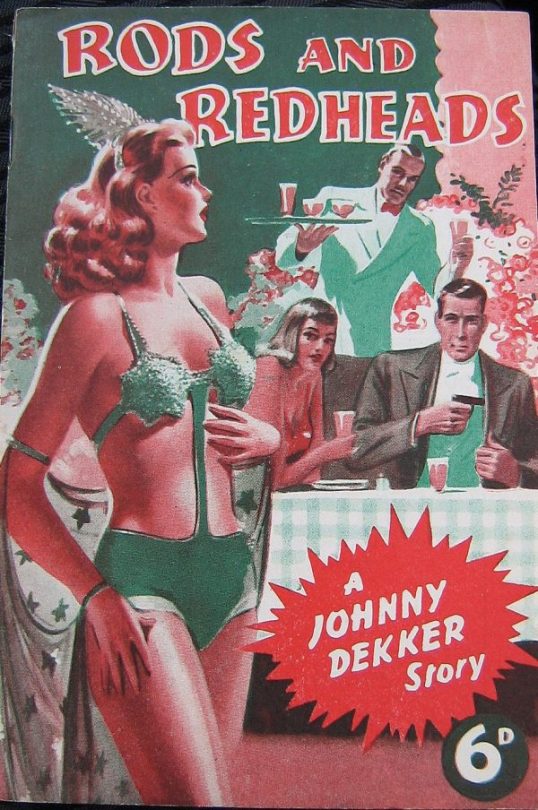 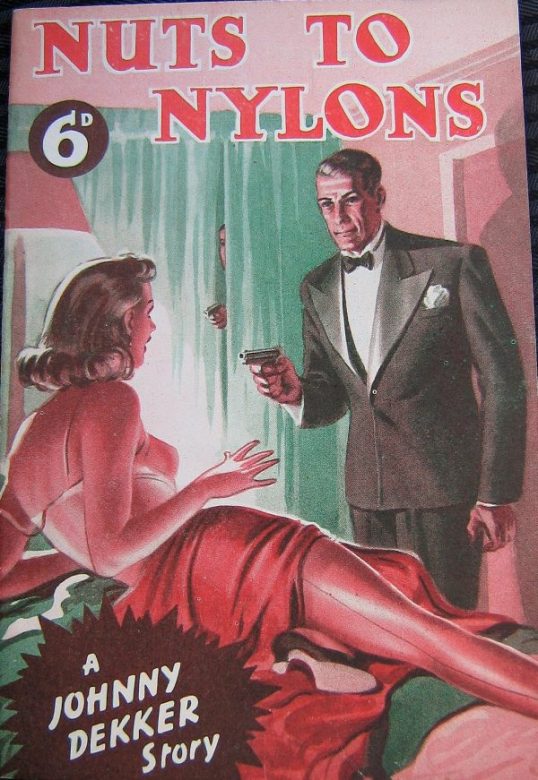 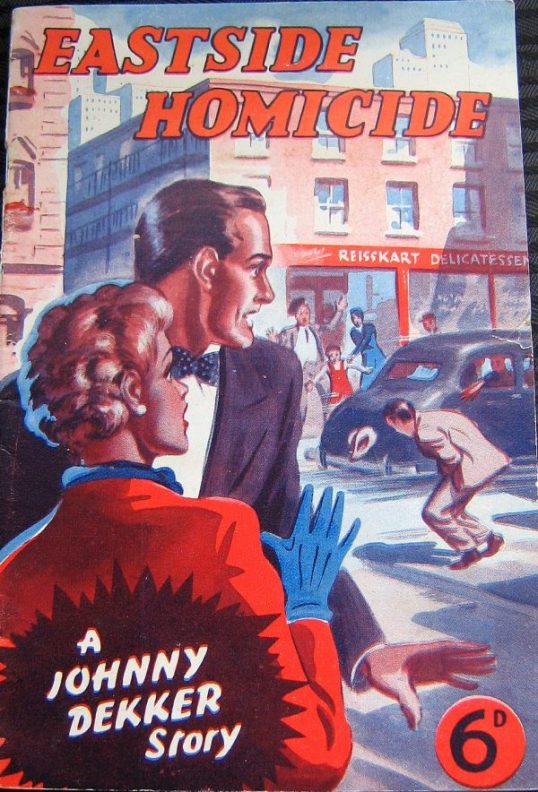 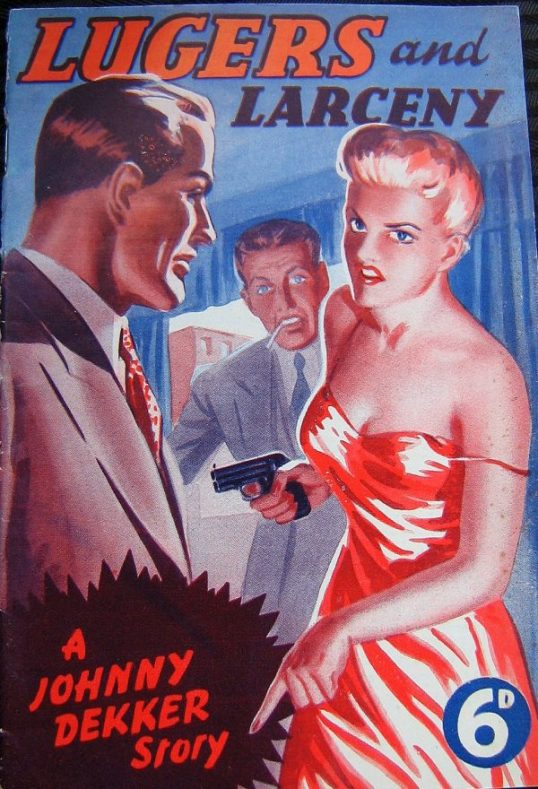 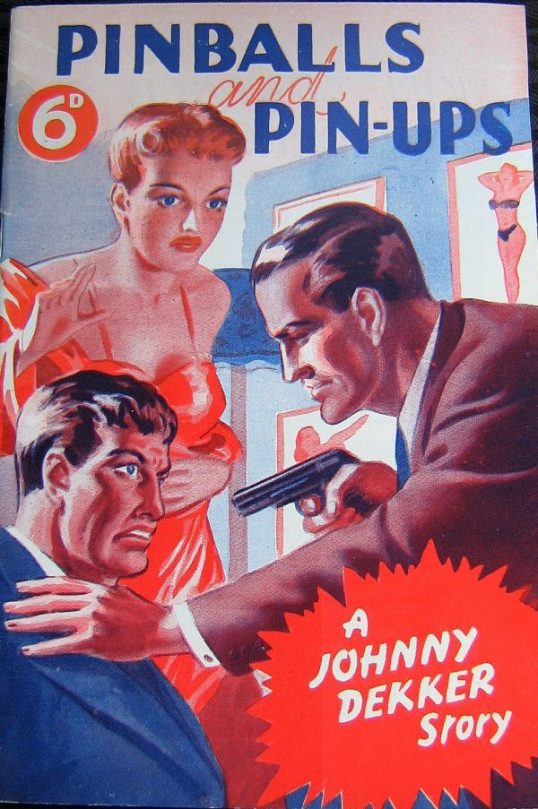 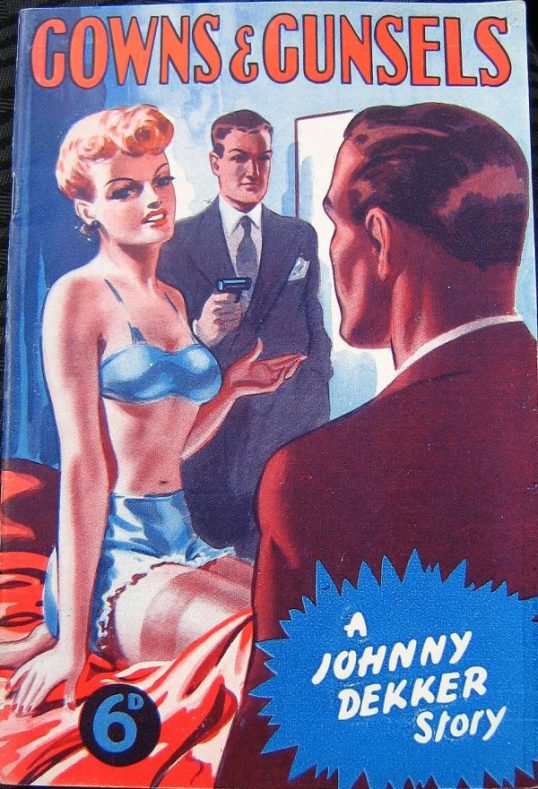 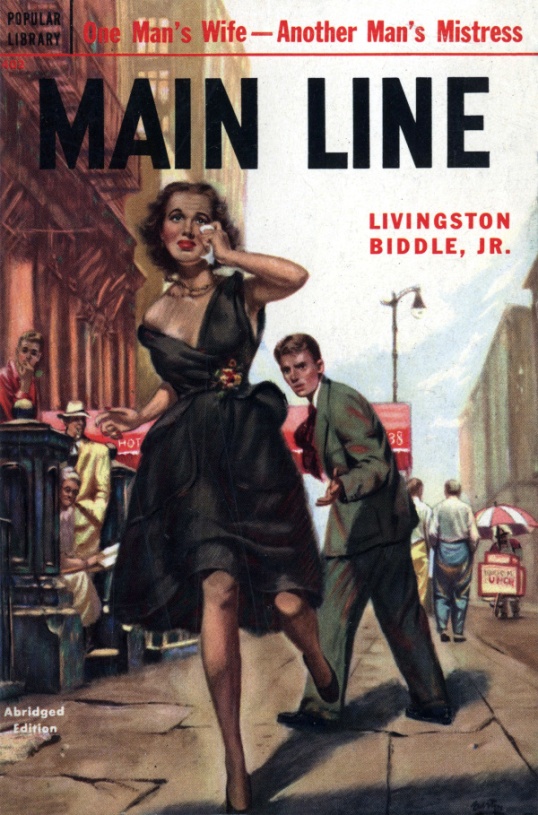 
Just in time for Friday, today’s music video is all abut quitting your job.  This is the video that asks, “If Nixon could do it, why not you?”

I previously wrote about Blotto last year, when I shared their music video for I Wanna Be A Lifeguard.  Sadly, despite the success of Lifeguard, Blotto never really broke into the mainstream.  They did, however, have a strong cult following in the Northeast, especially among college students who appreciated their humorous lyrics and DIY style.  While this video never made it into the regular MTV rotation, it did show up on Canadian television.

One final note: at the time this video was released, Blotto was being managed by none other than actor Burt Ward, who was best known for playing Robin on the 60s Batman television show.