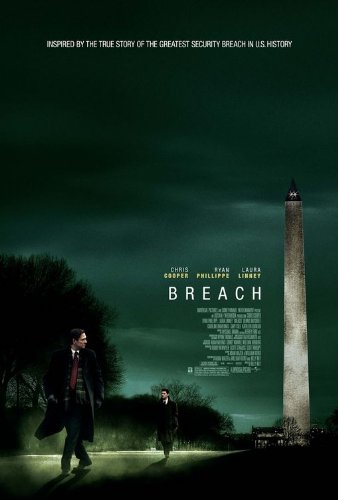 I admit that espionage “thrillers” are not high on my own personal “to-watch” list very often, but the other night, browsing through the films available on our local cable system’s streaming service, I decided to give director Billy Ray’s well-reviewed 2007 offering Breach a shot, simply because I was in the mood for something it would never occur to me to even watch, much less write about. I duly watched it — and now I’m writing about it. 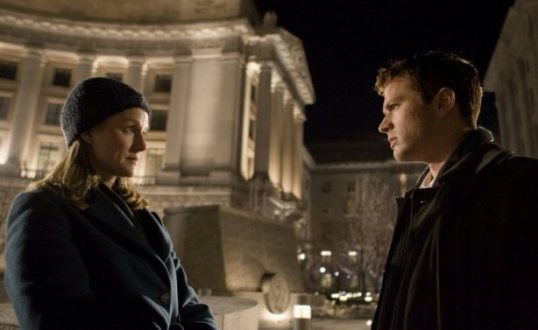 Based on the investigation into, and subsequent arrest of, notorious FBI “mole” Robert Hanssen, a guy who was selling us out to the Russians long before the current president made such things fashionable, Breach is no doubt somewhat over-dramatized, but…

I admit, I’d blissfully forgotten about director Stewart Raffill’s godawful 1988 E.T. rip-off Mac And Me until it turned up as the first “episode” of the new “season” of Netflix’s Mystery Science Theater 3000 revival. I mean, I saw it as a kid, but I remember being fundamentally unimpressed by it even then — and now I remember why : it’s basically a 90-ish minute McDonald’s (and Coke, and Skittles — but mainly Mickey D’s) commercial strung out over the barest skeleton of a script.

If you think that’s too harsh an assessment, I assure you it’s not, and offer this mercifully brief “plot” synopsis as proof : wheelchair-bound youth Eric Cruise (played with an annoying level of over-sincerity, but no discernible talent, by Jade Calegory), his older brother, Michael (Jonathan Ward), and their mom, Janet (Christine Ebersole) are in the midst of a cross-country move from Chicago to California…

Like many good crime films, this 1956 film noir opens on a train.

A passenger has suddenly been taken ill and his wife, Linda (Felecia Farr), wants to know if there’s  a doctor on board!  Fortunately, there is!  Dr. Paul Bucker (Wesley Addy) just happens to be on the train and it only takes him a few minutes to figure out that the man is suffering from polio.  Paul arranges for the train to make an unscheduled stop in the next town so that the man can be taken to the hospital.  Paul also asks to be allowed to go to the baggage car, so that he can retrieve his doctor’s bag.  Of course, he can!  Who is going to say no to doctor, especially in a situation this serious?

Paul goes back to the baggage area to claim his little black bag and that’s when something unexpected happens.  He opens up his bag and pulls out a gun.  It turns out that Paul is not only a doctor but he’s a thief as well.  After tying up everyone in the car and knocking them out with a sleeping drug, Paul proceeds to blow open a safe and steal all the money within.

When the train makes it unscheduled stop, Paul, the man, and Linda (who is actually Paul’s wife), disembark.  They get into an ambulance driven by the shady Frankie Page (Jack Klugman) and they head off.  It’s only after Paul’s escaped that the robbery is discovered.

With authorities baffled by the crime, insurance investigator Charlie Norman (Mark Stevens) is assigned to investigate the robbery with railroad policeman, Joe Armstrong (King Calder).  Despite the fact that Charlie has been promising to take a vacation with his wife (Marianne Stewart), Charlie takes the case.  Everyone knows that Charlie is one of the best in the business.  If anyone’s going to catch these criminals, it’s going to be Charlie!

Mark Stevens both directed and starred in Time Table and the end result is a well-made and genuinely exciting film noir, one that features all of the hard-boiled dialogue, shadowy interiors, and twisty complications that one could hope for from a good heist film.  Stevens not only keeps the action moving at a steady pace but he also keeps you guessing about whether our band of criminals are going to make it to Mexico or if they’re going to all fall victim to one betrayal too many.  The film is full of nice character turns, though the strongest performance comes from Wesley Addy, who brings a wounded dignity to his duplicitous character.

For fans of film noir, this is definitely one to watch.


In 1986, David Byrne of Talking Heads directed his very first feature film.  True Stories took place in the fictional town in Virgil, Texas and, as Byrne himself put it, it was “a project with songs based on true stories from tabloid newspapers. It’s like 60 Minutes on acid.”

Some people love True Stories.  I am not one of them.  However, not surprisingly, the film did have a killer soundtrack.  The best known song to come off of the True Stories soundtrack was Wild Wild Life.  The video for Wild Wild Life takes place at what appears to be a karaoke bar, where different performers lip sync to the song while dressed up as their favorite performers.  One person is dressed up like Billy Idol.  Another does Madonna.  Jerry Harrison imitates Prince.  Be sure to keep an eye out for a young John Goodman, who co-starred in True Stories and who damn near steals this video with his energetic performance.