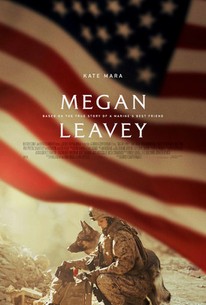 One of the best (and, in my opinion, overlooked) films of 2017 was Megan Leavey.

Based on a true story, Megan Leavey tells the true story of … well, Megan Leavey.  When the film starts, Megan (played, in one of the best performances of 2017, by Kate Mara) is living a somewhat directionless life in upstate New York.  Her parents are divorced and she’s closer to her father (Bradley Whitford) even though she has more contact (and shares a much more strained relationship) with her mother (Edie Falco).  Speaking as a child of divorce, the scenes of Megan trying to navigate the mine field between her parents rang painfully true at times. I spent the entire movie waiting for Megan and her parents to have some sort of big moment where, in typical artificial movie fashion, all conflicts would be solved and everything would suddenly be okay.  To the film’s credit, that moment never comes.

Instead, Megan enlists in the Marines.  She finds herself assigned as a Military Police K9 handler.  What that means is that Megan finds herself in Iraq, working with a dog named Rex.  Rex’s job is to sniff out explosives and other threats.  One wrong move by either Megan or Rex will result in not only their deaths but also the deaths of everyone around them.  Remember how tense some of the scenes in The Hurt Locker were?  Well, that’s nothing compared to the intensity of the bomb-sniffing scenes in Megan Leavey.  After all, in The Hurt Locker, we only had Jeremy Renner to worry about.  Megan Leavey, however, features a truly adorable dog.

When Megan returns home from serving two tours in Iraq, she struggles with PTSD and the adjustment to civilian life.  Rex is assigned to a different handler and continues his duties, leaving Megan without the one creature that she felt she could trust.  And again, Megan Leavey deserves a lot of credit for not offering up any easy or pat solutions for Megan’s difficulties to adjusting to life back in the States.  It’s too honest a film and has too much respect for it audience to cheapen its narrative with easy or manipulative sentiment.

When Rex develops facial paralysis, he is retired from active duty.  With the help of her U.S. Senator, Megan adopted Rex and gave him a home until he passed away in 2012.  That senator was Chuck Schumer and thankfully, Megan Leavey resisted the temptation to cast Chuck Schumer as himself.  Instead, when Megan approaches her Senator on the Capitol steps, the senator is played by a professional-looking character actor who looks and sounds absolutely nothing like Chuck Schumer.  By making this simple casting decision, the film keeps the focus off of the politicians and on Megan and Rex, where it belongs.

Did Megan Leavey make me cry?  You better believe it did.  However, it earned every one of these tears.  This is a wonderfully sweet and moving film, one that works largely because it refuses to overemphasize the sentimental aspects of the story.  Instead, Megan Leavey always remains rooted in reality.  It’s a gritty film about a dog and a soldier who survived being sent to one of the most dangerous places n the world.  It’s the story of how Rex saved Megan’s life and how Megan returned the favor by saving Rex’s.  It’s a sweet, straight forward story that can be appreciated even by people, like me, who prefer cats.

One response to “Playing Catch-Up With The Films of 2017: Megan Leavey (dir by Gabriela Cowperthwaite)”