4 Sots From 4 Films is just what it says it is, 4 shots from 4 of our favorite films. As opposed to the reviews and recaps that we usually post, 4 Shots From 4 Films lets the visuals do the talking. Charles Bronson was born on this date in 1921. He was successful as a character actor in the 50’s and 60’s, but broke out to became a huge fan favorite in a slew of 70’s action films. Here are 4 Shots from some of Bronson’s greatest hits: 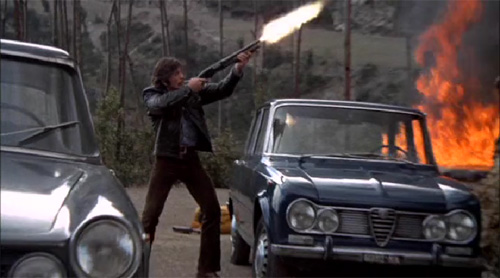 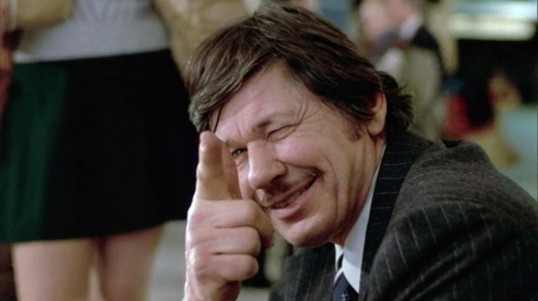 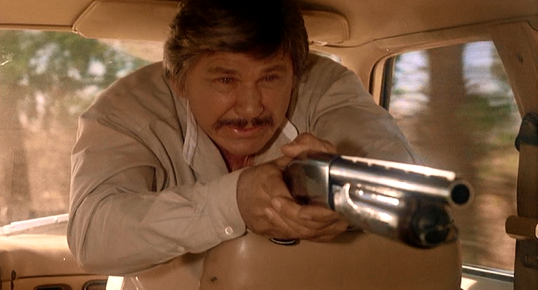 
Back in the mid-2000s I took a class on the history of Jazz & Rock. At some point our teacher brought up that until the late-90s or so, Ritchie Valens’ La Bamba was really the only song sung in a foreign language that made it big in the United States. He’s right on average, but that didn’t stop the students of the class from instantly rallying off song titles at him such as Oye Como Va by Santana. I waited till it died down a bit to bring up this song. This song is a little different. It made it big here in German, but was also recorded in English. The English version is universally disliked by people and the band. That makes it not only a song that made it big in German here in the States, but one that we rejected in English. That’s kind of amazing. As I recall, he hadn’t even heard of the song. However, I can’t be too hard on the guy. He gave me a story that I take any excuse to repeat. He was in New York City during the birth of punk rock. He lived just a short distance from CBGBs while living with his girlfriend. He says he was such a Jazz Snob that he refused to walk the couple of blocks it would have taken to witness the beginning of groups like The Ramones. He said it was one of his greatest regrets of his life. Now to the music video.

First off, there are actually four different music videos for this song that I am aware of at the moment. Even the music videos for the German and English ones are different enough to be worth discussing on their own. It’s not like the differences between the original and director’s cut of Nirvana’s Heart-Shaped Box that just adds a little additional footage. It’s more like the differences between the original, explicit, and director’s cut of Miley Cyrus’ Wrecking Ball. Plus, the lyrics are not the same in English as in German, which increases the different experience of watching it, in addition to the differences in the visuals.

All that said, the music video is pretty simple. It’s a protest song against nuclear war. To borrow from Wikipedia: The song is about 99 balloons that are mistaken for UFOs, pilots are sent to investigate, they find that they are only balloons, and they decide to shoot them down anyways that in turn, leads to a 99-year war. It’s rather bleak when you know that information. It stands in stark contrast to the sound of the song. The music video hints at this throughout, till we see what appear to be minor nuclear explosions behind them. Up till then, it is simply Nena herself walking through what looks like the result of logging a forest. Yet, as we go further on, it appears more like the aftermath of a war. Then we see the aforementioned explosions behind the band who they cut back to on occasion during the music video. In the end, Nena releases a red balloon into the air.

The inspiration for the song ties back to songwriter Carlo Karges seeing thousands of balloons released at a Rolling Stones concert in West Berlin in June of 1982. He thought about what would happen if East Berlin saw them on their side and mistook them for UFOs. Of course it’s always worth mentioning the infamous incident that occurred on September 26th, 1983 with Stanislav Petrov that could have brought us to nuclear annihilation anytime you talk about nuclear protest songs–especially this one. You can read a nice write-up about the song here and the Wikipedia entry about the Petrov incident here.

Bert Van Der Veer directed the music video. He appears to have only directed two music videos, but given they were for Nena and Frida, I expect he did many more in Europe. You can find numerous film and TV credits for him over on IMDb. You can also find numerous articles, YouTube videos, and even an entry on Wikipedia. But they are all in Dutch.