First released in 1997, Inventing the Abbotts is a small town, romantic melodrama about two families in the 1950s.  One family is poor.  One family is rich.  As you can probably guess, each is fated to determine the destiny of the other.

Decades ago, Lloyd Abbott (Will Patton) and Holt were business partners.  However, after Lloyd had an affair with Holt’s wife (Kathy Baker), their friendship ended.  Lloyd eventually becomes the richest man in town and has three beautiful daughters: dutiful Alice (Joanna Going), wild Eleanor (Jennifer Connelly), and virginal Pam (Liv Tyler).  Holt is long since dead and his two sons, Jacey (Billy Crudup) and Doug (Joaquin Phoenix) live next door to the Abbotts.  While the bitter Jacey is obsessed with the Abbott family and ends up pursuing both Eleanor and the married Alice, Doug claims not to care about the Abbotts.  However, despite his claimed indifference, Doug soon finds himself falling in love with Pam.  Will Doug and Pam be together or will Lloyd succeed in keeping them apart?

To be honest, Inventing the Abbotts is not a particularly good film.  It moves way too slowly, Doug and Jacey frequently swtich personalities whenever the plot demands it, the story is way too predictable, the voice over narration is way too obvious, and Jennifer Connelly’s character leaves the film way too early.  This is one of those films that is determined to make sue that you never forget that it’s taking place in the 50s and you can be sure that every cliché that you associate with that decade will pop up at least once.  There are a few scenes that could have been easily been replaced with a picture of Joaquin Phoenix holding a sign reading, “It’s the 50s,” without causing us to miss out on any important information.

And yet, I still liked Inventing the Abbotts.  I think it really comes down to the fact that I’m the youngest of four sisters and therefore, I have a weakness for movies about sisters.  And the sisters in Inventing the Abbotts are all perfectly cast and believable as siblings so, for me, the movie was redeemed because of the number of scenes to which anyone who is a sister or who has a sister will be able to relate.

As such, despite its flaws, Inventing the Abbotts is definitely a guilty pleasure for me.

Your results may vary. 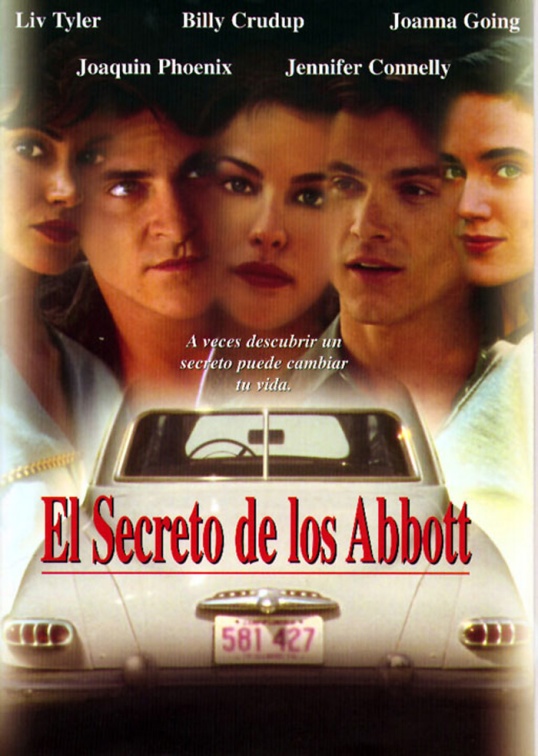