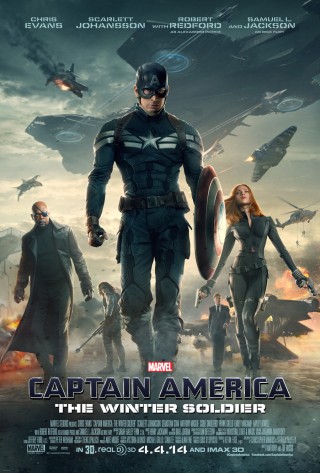 I’m firmly of the belief that nobody my age has any business whatsoever using the phrase “WTF,” but nevertheless — WTF? Captain America : The Winter Soldier has been playing for two weeks now, there are, what, either or ten people who write regularly (or semi-regularly) for this website, pretty much all of ’em are bigger fans of Marvel’s cinematic product than I am — and I’m the first person to review this flick here, even though more or less  the entire country saw the thing before I did yesterday? Well, okay, but somebody had better get busy on writing a rebuttal to this, because what I’ve got to say is going to piss a lot of people off.

It’s not that DisMar’s latest blockbuster is “bad,” per se — it’s just that it’s exactly what you expect it to be, that’s all these things ever are, and sorry, but it’s not “the greatest super-hero flick ever made.” And that statement, in and of itself, is going to be enough to upset the die-hards out there because, to them, every Marvel movie is “the greatest super-hero flick ever made” — until the next one. Which is probably just as well because these things are entirely disposable and don’t hold up particularly well to multiple viewings. Be honest — once the initial “high” wore off, was The Avengers really all that great? Or Iron Man 3? Or Thor : The Dark World?

Of course they weren’t. Which doesn’t mean they weren’t fun, or that they didn’t hit all the right bullet points on whatever unofficial geek check-list you keep. It’s just that they do their job, get it over with, and move on — as you do, dear reader. Think about it : after watching your average Marvel movie (and if there’s one thing all of these films are, it’s aggressively average), you’re not necessarily pumped to see it again so much as you are pumped for the next one. And that’s kinda the point, isn’t it? The Marvel cinematic “universe” is a self-perpetuating organism at this point, whose primary function is to whet your appetite for the supposed “greatness” to come rather than give you time to reflect on the mediocrity of what’s already been/is going on. The hype surrounding the product is woven into the fabric of the product itself — in fact, it’s the largest part of it. 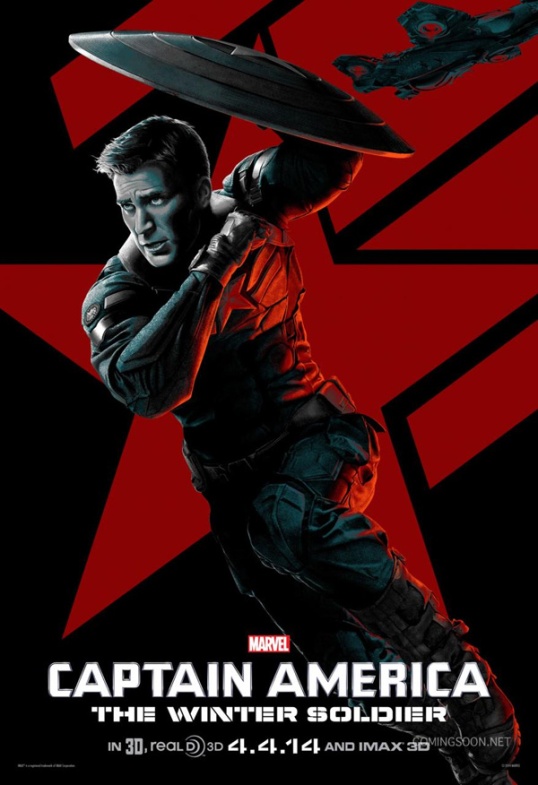 Don’t get me wrong — I had a reasonably fun time kicking back and watching Captain America : The Winter Soldier. Chris Evans does a reasonably good job portraying Cap/Steve Rogers as a guy who’s fundamentally decent, but not so holier than thou that you want to knock his teeth in. Robert Redford’s choice to play the treacherous Alexander Pierce as a believably nonchalant master manipulator is solid, and everything about him oozes “old movie vet” professionalism. Sebastian Stan cuts a strikingly mysterious pose as the (sub-) titular Winter Soldier. Anthony Mackie is likable in the extreme as sidekick Sam Wilson/The Falcon. And it’s cool to see Toby Jones “back” — after a fashion, at any rate — as Arnim Zola, this time in an iteration somewhat closer to how Jack Kirby originally envisioned him. The main thrust of the story is pretty engaging, too, revolving as it does around a massive web of Hydra “fifth columnists” within S.H.I.E.L.D. itself. It’s reasonably — though far from overwhelmingly — interesting, and keeps you guessing just enough.

But there are some pretty glaring flaws here, as well. Samuel L. Jackson seems tired and played-out as Nick Fury, and while it doesn’t help that his entire “character arc” in this film is lifted note-for-note from that of Jim Gordon in The Dark Knight, the fact of the matter is that Sam doesn’t seem to be putting any more effort into this gig than he does in his credit card commercials. Scarlett Johansson remains horribly miscast as Natasha Romanov/The Black Widow, and while that’s not such a huge problem in movies where she’s peripheral (at best) to the action, it stands out like a sore thumb here, where she’s called upon to be much more central to the proceedings. And for a supposed future love interest, Emily VanCamp is entirely forgettable in her brief time on screen.

Still, those are minor quibbles compared to the main problem here, which is how hopelessly generic, and indeed formulaic, this whole thing feels from start to finish. Joe Johnston’s Captain America : The First Avenger remains my personal favorite Marvel Studios film, but as with Kenneth Branagh and the Thor franchise, DisMar has opted here to show a veteran director with his own ideas and authorial stamp the door when it came time for a sequel and bring in “talent” from the world of television (in this case brothers Joe and Anthony Russo) to hammer things into the dry, predictable “house style” best exemplified by Joss Whedon’s Avengers and Jon Favreau’s first two Iron Man flicks. The end result is a multi-million-dollar, CGI-heavy, clinically-paced, personality-free zone. 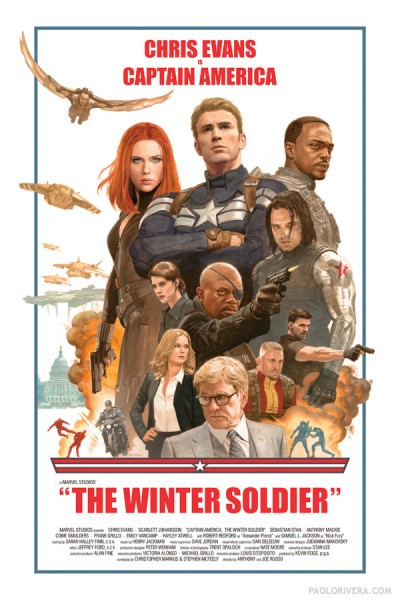 About a half hour into things here, you start to get the distinct feeling that you’ve seen all this before, and there’s good reason for that — you have. The action sequences are progressively bigger, louder, and more destructive, but not much else. They don’t become progressively more thrilling or suspenseful, and while the stakes are nominally raised every time, their execution remains largely the same. You could probably run ’em all in reverse order with no real difference to the story.  And while there does, in fact, seem to be a kind of major shake-up Marvel’s “universe” at the end of this film, the fact that the Agents Of S.H.I.E.L.D. TV series remains a going concern week in and week out is all you need to know to figure out that any “ramifications” from this story are apparently very short-lived indeed. In other words, Marvel’s doing on celluloid what they’ve always done in print — providing, in the words of Stan Lee (who it pains me to even quote, but in this case I must) “the illusion of change” — but no actual change at all. 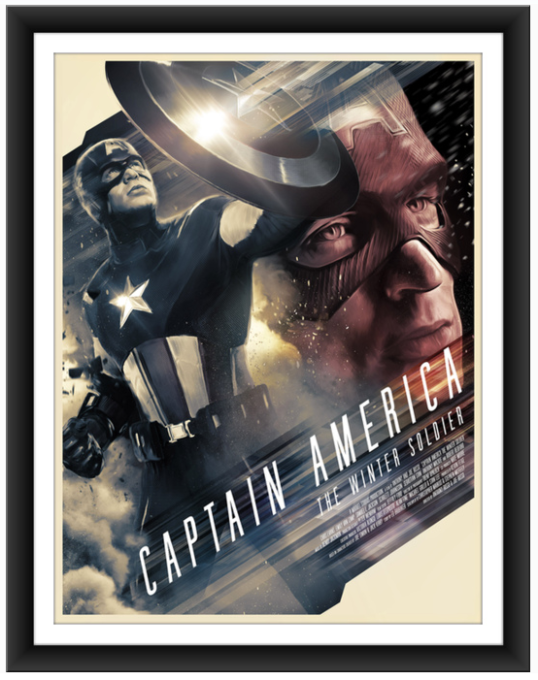 In the end, in the eyes of this armchair critic at any rate, that’s what Marvel’s movies are all about at this point  : the status quo. If you’re happy with that, then you’ll enjoy the heck out of Captain America : The Winter Soldier. But if you’d like to actually see something that takes a few risks, dares to break the mold a bit, and maybe even matters — well, you’ll have to look elsewhere. That’s not the point here. The point here is to get you all hot and bothered for Captain America 3, or The Avengers 2 — or whatever the hell else is in the pipeline — before this one’s even over. Viewed from that angle — the one that shows the goal of every Marvel movie is nothing more than ensuring that there will be a next Marvel movie — then yeah, this one’s gotta be viewed as an unqualified success. So what?