For some, this week is the start of Spring Break!  For those wondering how to spend their break, the pulps have a few suggestions.  As the covers below show, a week on the beach doesn’t just mean binge drinking and partying.  It also means excitement, mystery, romance, and maybe even a hurricane! 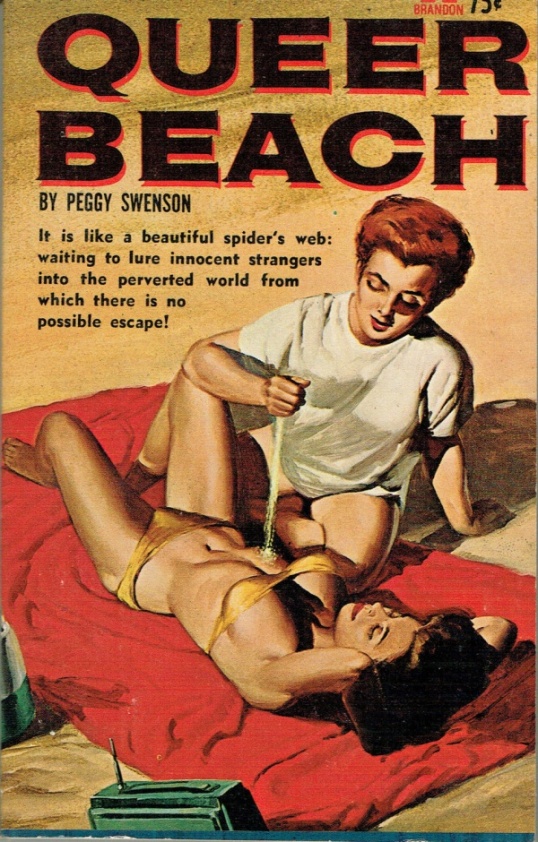 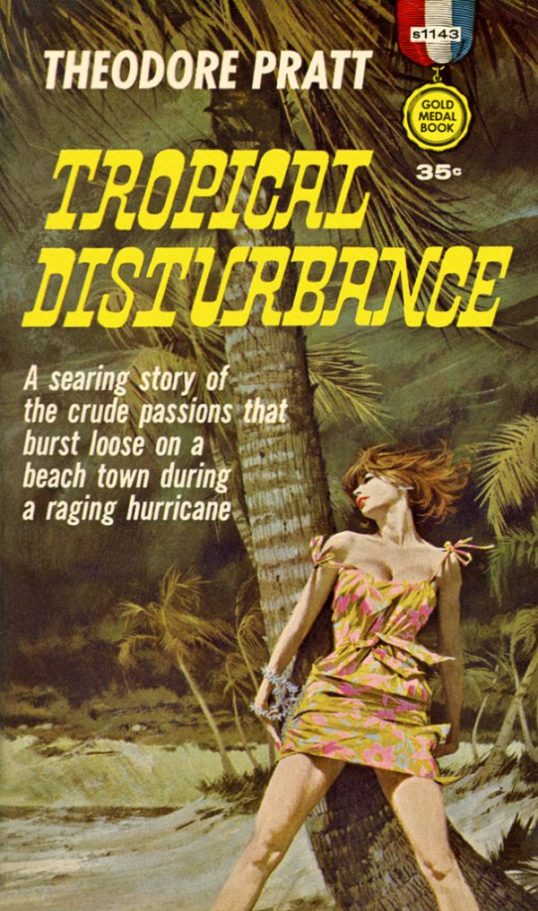 Hopefully this doesn’t happen to anyone on their way home from Spring Break.

Or me, on my way home from my vacation.

From Spring Breakers (2012), one of the best films of the past decade.

The beach is so much fun that even mom and dad can’t stay away!

Actually, the two beachgoers in this film may look like they’re in their 40s but they were only supposed to be teenagers.  That’s just the type of film that 1964’s Horror Of Party Beach is.

Anyway, in this one, the Del-Aires return and perform You Are Not A Summer Love.  It’s meant to be romantic, though you’ll probably laugh before you swoon.  One thing’s for sure.  It’s all very 1964.

Courtesy of the 2015 film, 3-Headed Shark Attack, here is one of the greatest understatements of all time:

The reason that I’ve picked the scene below for today’s scene of the day is that I want to encourage everyone to exercise caution this Spring Break.

Things can get crazy out there, especially on the Jersey Shore.

This is from the 1964 film, Horror on Party Beach!

Can you believe that some people think that they didn’t know how to have fun in the early 60s?

Of course, you did have to look out for the monsters.  I guess that was the only drawback…

(I should admit that I’m not really sure if this movie was supposed to be occurring during spring break but who cares?  It’s got the zombie stomp!  Add to that, I’d be worried about anyone who voluntarily spent their spring break on such a depressing-looking beach.  Not when you can just go down to Galveston.) 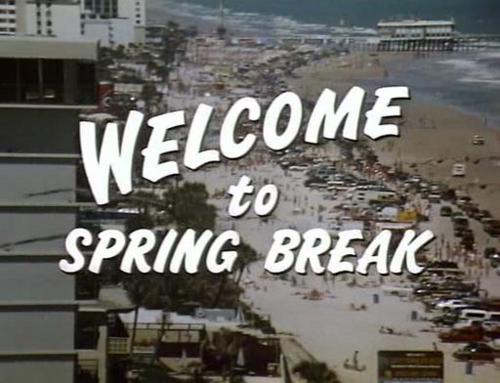 Since it’s Spring Break for many people in the United States, I figured this would be a good time share some of my favorite Spring Break scenes.

This one comes from Umberto Lenzi’s 1988 film, Welcome to Spring Break.  In this scene, a student has decided to have a little bit of fun by pretending to be dead on the beach.  Since there’s an actual murderer on the loose, his friends are less than impressed with his sense of humor.

It’s a short scene but it features one of the greatest line readings ever.


Since at least a few people are currently on spring break, this seemed like a good day to pick a video for a song that’s actually called “Spring Break.”

Of course, neither the song nor the video is really about spring break.  (Or, at the very least, it’s not about what we usually think of spring break being about.)  Instead, the video follows Ex-Cops as the prepare to play at the Museum of Modern Art.  It’s a bit of a documentary.  Meanwhile, a bicyclist (played by Nickolas Kimbrell, who designed the band’s costumes) rides around New York City, while wearing a variety of politically charged t-shirts and interacting with various New York characters.

I think I may have made a mistake.  When I started reviewing beach films, I did so because it’s currently spring break for thousands of college students across the country and, right now, they’re all probably having a good time on the beach.  Unfortunately, what I didn’t consider was that watching and reviewing these films would make me start to wish that I was currently there with them.

Don’t get me wrong.  It’s not that I want to go hang out on the beach and party and flirt and get high and live for the moment and … well, no, actually, that’s exactly what I wish I was doing right now.  None of the beach films that I’ve watched so far have been good exactly but they do all get at a larger truth.

We all need some sort of spring break.

That’s certainly the theme of the 1983 comedy, Spring Break. 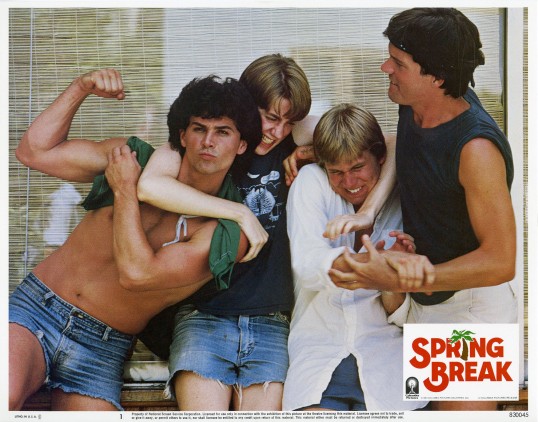 The heroes of Spring Break

Perhaps the most surprising thing about Spring Break is that, unlike Malibu Beach and The Beach Girls, it was not produced by Crown International Pictures.  It certainly feels like a Crown International movie.  The film is a largely plotless collection of scenes, all of which take place over the course of spring break in Ft. Lauderdale.  It starts out as a comedy and then gets strangely dramatic towards the end.  It features a lot of nudity for male viewers but luckily, it has two hot guys for me so it all works out in the end.

Two nerdy students, Nelson (David Knell) and Adam (Perry Lang) go down to Florida for spring break.  Nelson does this despite the fact that he had promised that he would spend spring break working on his politically ambitious stepfather’s campaign.  When Nelson and Adam’s picture ends up in the paper, Nelson’s stepfather (Donald Symington) sends his operatives down to Florida to basically kidnap Nelson and drag him home.  Along the way, the stepfather also somehow gets involved in a plot to take over the motel where Nelson and Adam are staying.

Yes, it doesn’t make much sense but then again, the plot is never that important in these type of films.  What is important is that the motel is overbooked and, as a result, Nelson and Adam find themselves roommates with two hot guys from New York, Stu (Paul Land) and O.T. (Steve Bassett).

One thing that I did like about this movie is that it didn’t waste any time pretending that Stu and O.T. wouldn’t become best friends with Nelson and Adam.  Instead, the four of them start bonding as soon as they meet and they were all best friends within the first 15 minutes of the film.  Yay for another successful bromance!  But seriously, it is kind of sweet.

And it’s also fortunate because, once Nelson is kidnapped and held prisoner on a boat by his stepfather, who better to rescue him than two guys from Brooklyn?

Yes, it’s all pretty stupid but, as far as teen sex comedies from the early 80s are concerned, this is one of the better of them.  At the very least, Knell and Lang are both likeable and Land and Bassett are both hot and that really is about the best that you can hope from a film like this.  Add to that — and this is a theme that I seem to keep returning to as far as these beach films are concerned — Spring Break is a time capsule.  Though Spring Break was released before I was born, I feel like, having seen it, that I now have some firsthand experience of what it was like to be alive in 1983. 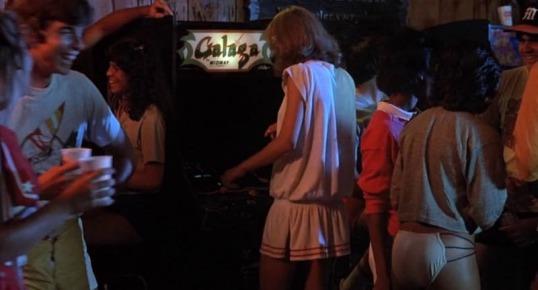 As I mentioned at the start of this review, Spring Break feels like a Crown International Picture but, actually, it was released by Columbia Pictures.  And it was directed by Sean S. Cunningham, who is probably best known for directing the original Friday the 13th!  Harry Manfredini even provided the music for both films.  That said, the fun-loving teenagers of Spring Break come to a much happier end than the ones at Camp Crystal Lake.