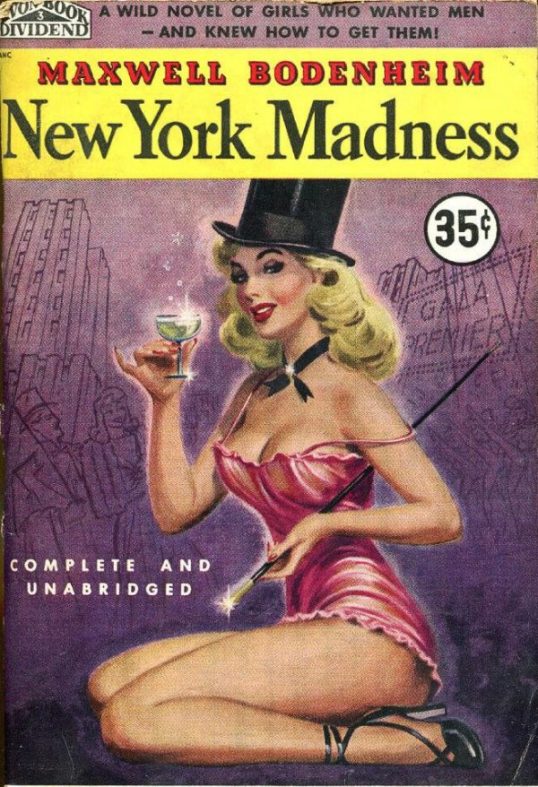 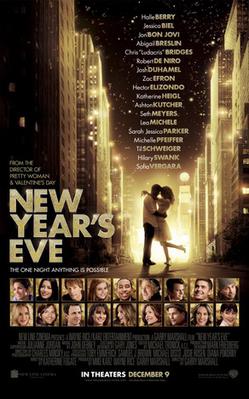 “New Year’s Eve is the worst, people who don’t drink or party all year suddenly going all Kanye on you.”

That line was delivered by Ashton Kutcher in the 2011 film, New Year’s Eve.  Seven years ago, when the film was first released, I thought it was an awkward line, partially because Ashton Kutcher sounded like he was drowning in self-loathing when he said it and partially because the sudden reference to Kanye West felt like something that would be considered clever by 60-something screenwriter who had just spent a few hours scanning twitter to see “what the kids are into nowadays.”

(Of course, hearing the line in 2018 was an even stranger experience.  People who don’t drink or party all year suddenly going all Kanye on you?  So, they’re putting on red MAGA caps and spending New Year’s Eve tweeting about prison reform?  True, that’s the way a lot of people celebrated in my part of the world but I’m not sure how exactly that would play out in Times Square.)

In New Year’s Eve, Kutcher plays a character named Randy.  Randy is a comic book artist, which means that he’s snarky and cynical and doesn’t really see the point of celebrating anything.  Fortunately, he gets trapped in an elevator with Elise (Lea Michele) and, with her help, he comes to learn that New Year’s Eve is not the worst.  Instead, it’s the most important holiday ever created and, if you don’t think so, you’re worse than the devil.

Fortunately, Hillary Swank is present to make sure that we all get the point.  Swank plays Claire Morgan, who is in charge of making sure that the ball drops at exactly the right moment at Times Square and who gets a monologue where she explains that the purpose of the ball is to make you think about both the past and the future.  As she explains it, the world comes together one night a year, all so everyone can watch that ball drop.  Apparently, if the ball doesn’t drop, the new year doesn’t actually start and everyone is trapped in a timeless limbo, kind of like Iron Man at the end of Avengers: Infinity War.

Of course, there’s more going on in New Year’s Eve than just Randy taking Kanye’s name in vain and Claire refusing the accept that Times Square is not the center of the universe.  There’s also an old man (Robert De Niro) who wants to time his death so he passes right at the start of the new year.  Sarah Jessica Parker plays the mother of frustrated teenager Abigail Breslin and gets to make a “girls gone wild” joke.  (A Kanye reference and a girls gone wild joke in the same film?  It’s like a pop culture tsunami!)  Michelle Pfeiffer tries to accomplish all of her new year’s resolutions with the help of Zac Efron.  Halle Berry worries about her husband (Common) , who is serving overseas.  Josh Duhamel searches for a woman who once told him that his heart was more important than his business.  Seth Meyers and Jessica Biel compete with Til Schweiger and Sarah Paulson to see who can be the family of the first child born in the new year.  Jon Bon Jovi thinks about the woman that he nearly married and Katherine Heigl wonders if she’s ever going to have a career again.  In other words, New Year’s Eve is an ensemble piece, one in which a bunch of slumming Oscar winners and overachieving TV actors step into small roles.  It leads to some odd pairings.  De Niro, for instance, shares scenes with Alyssa Milano while Sofia Vergara and Ludacris are both relegated to playing sidekicks.  Michael Bloomberg, New York’s then-mayor and general threat to civil liberties everywhere, also shows up, playing himself with the type of smarminess that already has many people dreading the prospect of his 2020 presidential campaign.  This is one of those films where everyone has a familiar face but no one makes much of an impression.

New Year’s Eve was directed by the late Garry Marshall and it’s the second film in his so-called holiday trilogy, sitting right between Valentine’s Day and Mother’s Day.  By most accounts, Garry Marshall was a nice guy and popular in the industry, which perhaps explains why so many familiar faces were willing to sign up to appear in New Year’s Eve.  Though the film is ruthlessly mediocre, it’s actually the best of the holiday trilogy.  For all the schmaltz and forced sentiment, one gets the feeling that the film actually is sincere in its belief in the importance of that ball dropping in Times Square.

I remember that, when New Year’s Eve was first released, a lot of people joked that Marshall was going to make an ensemble romantic comedy about every single holiday, all with the hope that at least one of them would eventually become a television perennial in the style of It’s A Wonderful Life or The Ten Commandments.  Interestingly, that’s exactly what happened with New Year’s Eve.  Yesterday, E! aired New Year’s Eve three times, back-to-back!  For better or worse, this film is probably going to outlive us all, ensuring that, in the far future, viewers will spend New Year’s Eve asking themselves, “What’s a kanye?” 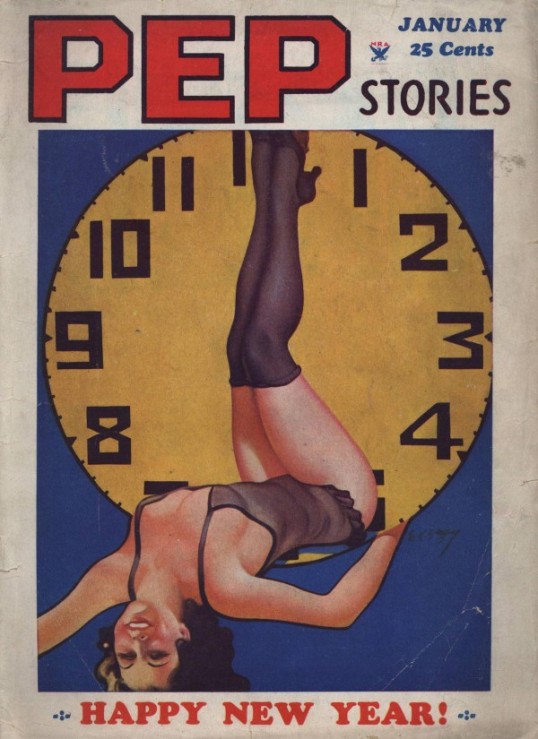 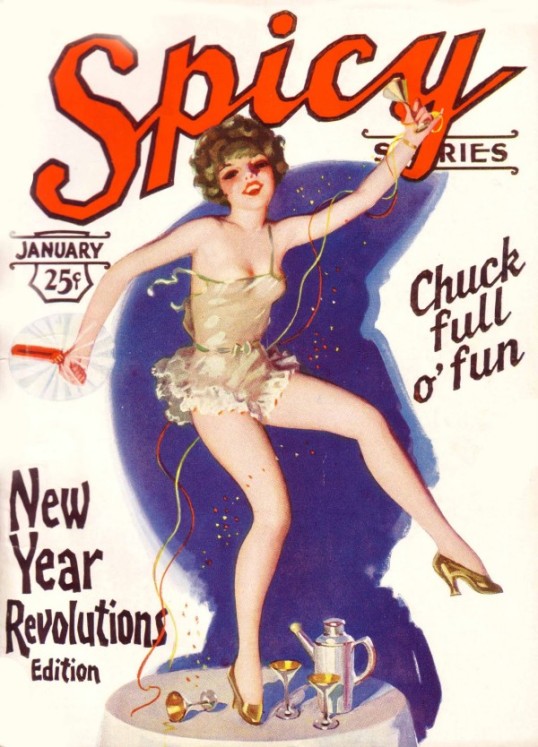 
I never did get around to writing a review of Bad As Me. It’s a shame, because it’s pretty damn good. The old man’s always been in a league of his own, and Tom’s seventeenth studio album feels no less legitimate than anything else he’s created. If anything it’s above average in his discography quality-wise, and that says a lot for someone who released his first album nearly 40 years ago. An entirely accurate representation of his style, here’s 13 anthems to homeless bums, trailer trash, vagabonds, and the starry-eyed refugees of an unforgiving society. I’ve been listening to the closing track, New Year’s Eve, on repeat ever since my deluxe edition pre-order showed up in the mail, and now’s a good day to pass it along.

It’s typical Tom fassion to make the joyous out of the bleak and vice versa. New Year’s Eve might not be as gut-wrenching as Christmas Card from a Hooker in Minneapolis, but it carries on his tradition of looking at the holidays from the perspective of those who’ve got little left in life to celebrate.

The door was open; I was seething
Your mother burst in; it was freezing
She said it looks like it’s trying to rain
I was lost; I felt sea sick
You convinced me that he’d left
You said keep talking, but don’t use any names
I scolded your driver and your brother
We are old enough to know how long you’ve been hooked
And we’ve all been through the war
and each time you score
someone gets hauled and handcuffed and booked

Nick and Socorro broke up
And Candice wouldn’t shut up
Fin, he recorded the whole thing
Ray, he said damn you
And someone broke my camera
And it was New Years
And we all started to sing

I ran out on Sheila
Everything’s in storage
Calvin’s right, I should go back to driving trucks