At the risk of getting in trouble with at least a few people around the TSL offices, I am going to say something right now.  It may be controversial.  It may be shocking.  It may even make you question your belief in whatever it is that you believe in.

I do not think that the 1995 version of Village of the Damned is that bad.

Now, please notice that I didn’t say that I thought it was that great, either.  However, when you listen to some people talk about this movie (which, admittedly, doesn’t seem to happen a lot), they make it sound as if Village of the Damned is one of the worst films ever made.  It is usually cited as being a waste of director John Carpenter’s abilities and Carpenter himself has said that he’s indifferent to the film.  Carpenter has gone as far as to call the film a “contractual assignment.”

And yet, I would still argue that John Carpenter’s Village of the Damned is an underrated and crudely effective little movie.

The film tells the story of the town of Midwich, California.  (The original film took place in the UK and Midwich doesn’t really sound like the name of a town you’d find in California.  Incidentally, my favorite town in California is a place named Drytown, specifically because the town bar advertises itself as being “the only wet place in Drytown.”)  Midwich is a nice, little town.  Everyone is friendly.  Everyone knows everyone else.  Carpenter spends a while establishing Midwich as being the idealized coastal town.  But then, one day, the skies turn dark and everyone in Midwich loses consciousness.  Unfortunately, that doesn’t work out well for some people.  Frank McGowan (Michael Pare), for instance, is driving when the blackout occurs and he ends up dying when his truck goes off the road.  Another unfortunate fellow was manning the grill at the church picnic and, when he passed out, he ended up burning to death.

When everyone does wake up, it’s discovered that ten women are now pregnant.  One of them, Kate (Linda Kozlowski), is the widow of Frank.  Another, a teenage girl named Melanie (Meredith Salenger), is a virgin.  Nine months later, all of the babies are born on the same night, though Melanie’s is stillborn.  The 9 babies eventually become 9 very creepy children.  They have pale skin, white hair, glowing eyes, and no emotions.  Soon the government, led by Dr. Verner (Kristie Alley), invades the town so that they can investigate and experiment on the children.  You know that once the government shows up and takes over, everyone’s screwed.

And, while all of this is going on, the once friendly and vibrant town of Midwich becomes a far different place.  We watch as the citizens of the town die, one after another.  Melanie finds herself ostracized and abandoned.  The local reverend (Mark Hamill) goes insane and ends up perched on a hill with a rifle.  The town doctor (Christopher Reeve) loses his wife when she walks into the ocean.

And the children continue to coldly and unemotionally kill anyone who displeases them.  One man is forced to shoot himself.  In perhaps the film’s most disturbing scene, a scientist is forced to dissect herself.

Admittedly, some of the actors do a better than others.  Meredith Salenger gives the best performance while Mark Hamill definitely gives the worst.  At first, Kirstie Alley seems miscast but she actually gives one of the better performances in the film.  As the nominal hero, Christopher Reeve is boring but then again, many small town doctors are.  Of course, nearly everyone in the movie is dead by the time the end credits roll.

It’s a seriously dark movie and, when taken on its own terms, it’s definitely effective.  Carpenter does such a good job of establishing Midwich as a place where anyone would want to live that it does carry an impact to see the town suddenly isolate from the world and the once happy citizens resorting to suicide just to escape the town’s children.  In the end, John Carpenter’s Village of the Damned does capture the anguish of feeling as if there’s no escape from the present nor hope for the future.

Village of the Damned is crudely effective but effective nonetheless. 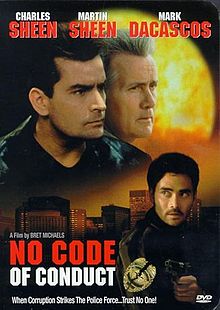 From the strange period of time in which Charlie Sheen wanted people to call him Charles, comes this generic action movie.

Detective Jake Peterson (Charles Sheen) is a loser.  Even though his father (Martin Sheen) is the chief of police, Jake is so bad at his job that he has been assigned to work in the evidence locker.  His wife (Meredith Salenger) is always yelling at him for being a neglectful father.  The only person who likes Jake is his partner (Mark Dascasos, who is wasted) and partner’s never live for long in cop movies.  When Jake discovers that evil businessman Julian Disanto (Ron Masak) is plotting to smuggle Mexican heroin into Arizona, he has a chance for redemption but it will not be easy because Disanto is not only working with a corrupt DEA agent (Paul Gleason, of course) but he also has a band of psychotic henchmen.

This predictable and not very exciting action film is interesting for two reasons.  First of all, it was directed by the poor man’s David Lee Roth, Bret Michaels.  At the time, the future star of Rock of Love and Celebrity Apprentice winner was best known for being the lead singer of the most boring hair metal band of the 80s, Poison.  It is always interesting when someone who found fame as something other than a filmmaker tries his hand at directing.  Sometimes, the results can be surprisingly good and sometimes, the result is No Code For Conduct.  Michaels and Sheen (who co-wrote the script) may have been trying to pull off an homage to the action films of their youth but No Code For Conduct has more in common with the work of Uwe Boll than the work of William Friedkin.

The other interesting thing about No Code for Conduct is that, even though “Charles” and Martin are top-billed, it is actually a four Sheen/Estevez movie.  Renee Estevez briefly appears as a cop while Martin’s brother, Joe Estevez, is in charge of the police motor pool.  If No Code For Conduct is an act-off between the members of the Sheen/Estevez clan, Joe emerges as the clear winner.  Charlie does his wide-eyed intense thing.  Martin goes through the movie with a “the shit I do for my son” air of resignation.  Renee is not around long enough to make an impression.  But Joe?

Joe Estevez is the man! 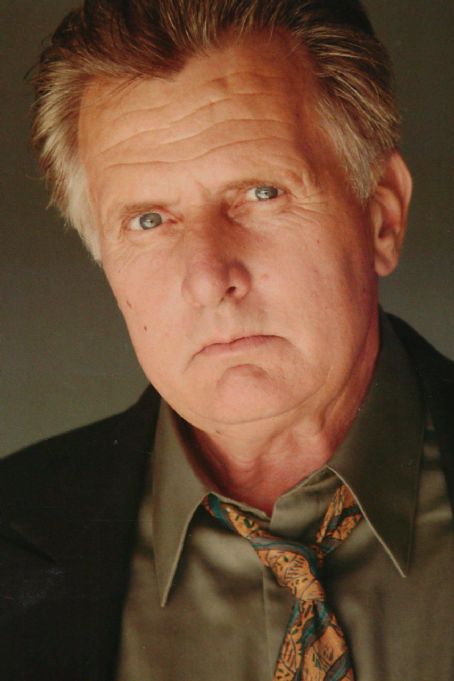 Joe Estevez, the only Estevez that matters

Tonight’s excursion into televised horror is the 7th episode of the 5th season of HBO’s Tales From The Crypt!

House of Horrors has everything that you could possibly want from a Tales From The Crypt episode!  A dumbass idiot frat boy (played by Kevin Dillon) forces three pledges to enter  a supposedly haunted house.  Mayhem ensues.  This episode is full of atmosphere, dark humor, plot twists, and unexpected turns and it features two wonderfully over-the-top performances, one from Dillon and one from Meredith Salenger as a Southern-accented sorority president who may have a secret of her own.

(Add to that, The Carpenter’s Daughter sounds like it should be another one of those films where Tom Hanks argues that Jesus survived the crucifixion and ran off with the Magdalene.)

Anyway, the perfect daughter of the title is Natalie Parish (Sadie Calvano).  Natalie seems to have a great future in front of her.  She’s pretty, she’s smart, and she’s responsible.  She has the grades to get into the Ivy League college of her choice.  On top of all that, despite being shy, she has just been elected student council president!

Oh sure, not everything is perfect for Natalie.  She doesn’t have a boyfriend.  She’s frequently insecure.  She idolizes a mother that she’s never met and her father, Martin (Brady Smith), may be a hunky blue-collar type of guy but he’s also extremely over protective.  He worries that Natalie will grow up to be like her mother, who apparently was not the saint that Natalie believes her to be.

Martin grows even more concerned when, while driving home one night, he comes across his daughter in the middle of the road.  She went to a party, she got drunk, and she had sex with popular jock Sam Cahill (Reiley McClendon)!  Martin freaks out and takes his daughter to the hospital, causing her nonstop embarrassment at school.  He also demands that Sam be arrested for raping his daughter.

Of course, what Martin is overlooking is that Sam did not rape his daughter.  As Natalie tells him, the sex was consensual.  Martin is shocked but he’ll be even more shocked when Natalie reveals that she’s pregnant.

Complicating matters is that Martin is working for Sam’s father, the snobbish Bruce Cahill (Parker Stevenson).  The film also suggests that Martin may be in love with Bruce’s wife, Julie (Meredith Salenger).

What I was wondering, as I watched the film, is why Natalie was chasing after Sam when Martin’s business partner, Nick (Johann Urb), was so much hotter.  And he was also single!  Seriously, Sam was a nice guy and everything but Nick epitomized this sort of sweaty, manly glory, the type of sexy that otherwise seems to be limited to the guys that you see in pickup truck commercials.

In the end, it’s okay but it’s no Perfect Teacher.