Today, we celebrate the birth and the legacy of the great Austrian director Fritz Lang.  Starting his career during the silent era in Germany, Lang was both a proponent of expressionism and an early critic of the Nazis and Adolf Hitler.  Despite this and the fact that Lang’s mother was Jewish, Josef Goebbels attempted to recruit Lang to run Germany’s largest film studio, UFA.  Lang responded to Goebbels offer by moving to Paris and divorcing his wife, who was an ardent Nazi.  Lang eventually found his way to Hollywood, where he worked for the next twenty years.  With films like Metropolis, M, Fury, Hangmen Also Die, Scarlet Street, and The Testament of Dr. Mabuse, Lang proved himself to be a master of every genre and his influence is still felt to this day.

In honor of the man and his legacy, here are…. 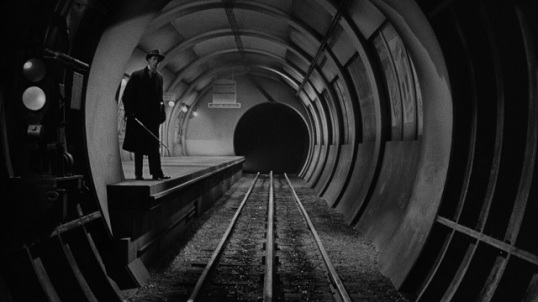 One response to “4 Shots From 4 Films: Special Fritz Lang Edition”