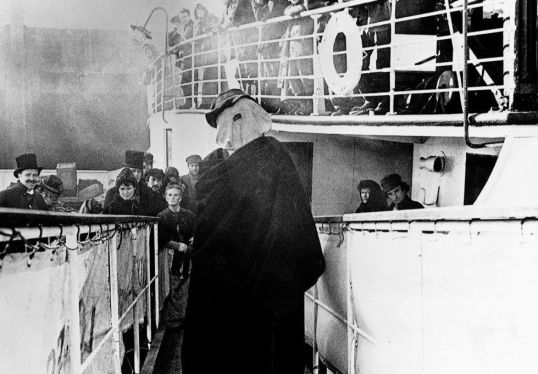 Ronald Reagan was president. America was strong. Russia was weak. The economy was booming. The music was wonderful. Many great movies were released, though most of them were not nominated for any Oscars. This is the decade that tends to drive most Oscar fanatics batty.  But you know what?  The Academy didn’t always get it wrong in the 80s.  Here are six times the Academy got it right:

Sure, people make fun of this moment but you know what?  33 years later, people are still watching this opening on YouTube and asking themselves, “What the heck was that?”  That’s the power of a good opening and I imagine it will be more memorable than anything we see tonight.

2. Nominating The Elephant Man and David Lynch in 1980

By nominating both The Elephant Man and David Lynch in 1980, the Academy also welcome our greatest surrealist to the mainstream.  Though both the film and Lynch lost to Robert Redford’s Ordinary People, The Elephant Man is still one of my favorite Best Picture nominees.  (I also like both Ordinary People and Raging Bull.  1980 was a good year.)  The Academy also got it right when they nominated Lynch in 1986 for directing Blue Velvet.  The idea of the Academy or any part of mainstream Hollywood honoring a director like Lynch would have been unthinkable in the 50s and the 60s.

Robert Duvall is one of our finest actors and Tender Mercies is one of his best films.  For someone who was born in California, raised in Maryland, and spent the early part of his career in New York, Duvall is one of the most convincing Texans that I’ve ever seen.

My personal pick for the best film of 1984 is Sergio Leone’s Once Upon A Time In America but, of the films that were nominated, Amadeus was clearly the best.  If nothing else, it’s victory finally brought Salieri the fame that he is rumored to have felt was stolen from him by Mozart.

Fatal Attraction is actually a terrible movie but, by nominating it, the Academy guaranteed a decades worth of enjoyably bad rip-offs.  Every Lifetime film ever made owes a debt to Fatal Attraction.

On Golden Pond isn’t even that good of a film and Katharine Hepburn’s performance is one of her least interesting but, if you’re a fan of TCM, you have to love the idea of Fonda and Hepburn picking up two final Oscars in the twilight of their career.  This was only Fonda’s 2nd nomination and his only win.  The fact that he was competing with another underrated veteran actor, Burt Lancaster, makes his win all the more special.  There were definitely better performances that year but sometimes, it’s good to go for the sentimental choice.